The internationally acclaimed Filmakademie Baden-Wuerttemberg is celebrating its 25th anniversary this year. As part of its celebrations, Stuttgart’s FMX event invited Professor Andreas Hykade, managing director of Filmakademie’s Animationinstitut, to give a keynote speech reflecting on the academy’s influential past — and looking toward its bright future.

As Hykade recounted, the school traces its roots to 1980, when animator and educator Albrecht Ade created a dedicated “Trickfilmklasse” (animation course) at Stuttgart’s Academy of Art. On top of creating space for aspiring animators (and a lone 16 mm camera), Ade made a place for them to share their work, creating the International Trickfilm Festival Stuttgart.

“By the beginning of the ‘90s the Kunstakademie had gotten too small for Ade, so he persuaded some good-hearted politicians to establish a Filmakademie in Ludwigsburg and he somehow arranged to become the head of this new institution and took his whole class from Stuttgart with him,” said Hykade. “They were a diverse crowd with different approaches, most of them remain very successful in the field of animation and VFX to this very day.”

Haegele founded the Institute of Animation, Visual Effects and Digital Postproduction in 2002, established the Research and Development department (run by Prof. Volker Helzle) and in 2008 incorporated the Interactive Media course (under Prof. Inga von Staden). He also took over a little event known as “Film- & Medienbörse” from Albrecht Ade, and renamed it “FMX.”

“Most importantly, Thomas Haegele built a highly qualified team to run these complex operations. With specialists in all fields and departments and projects, the Institute of Animation became an internationally renowned institution and its name stands for the highest quality.”

“If we believe our own pitch line, we are one of the world’s most exciting places to study the whole range of Animation, VFX, Games and Transmedia. We form an international community, where different cultures can encounter and learn from one another. And the credo ‘Learning by doing’ drives and inspires the Designers, Writers, Directors, Animators, Game Designers, Producers and Technical Directors to become leading forces of the industry,” Hykade summarized.

“…So, you see, the Institute of Animation is vibrant and alive. We will try to continue to be a vital inspiration and an engine for the Animation, VFX and Games scene. And, of course, we will continue to organize and advance FMX, Europe’s most important Conference on Digital Entertainment for the sake of the international, the national and the regional community.”

With thanks to German animation group INDAC (International Nights and Days of Animation Cologne). You can read the full transcript of Hykade’s speech, including videos, on the INDAC blog. 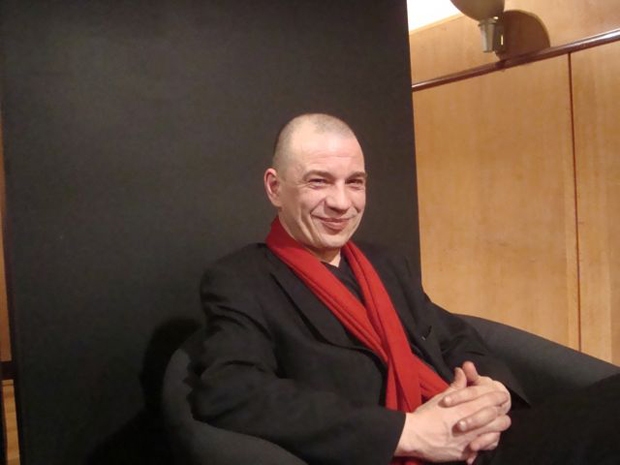