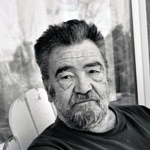 Legendary animator Ralph Bakshi is coming west for a two-day retrospective of his feature film work at the American Cinematheque’s Aero Theatre in Santa Monica.

Set for March 27 and 28, the retrospective will consist of two nights of double features. Heavy Traffic and American Pop will screen March 27 at 7:30 p.m., while Lord of the Rings and Wizards will play March 28 at 7:30 p.m.

Bakshi will be appearing in person both nights and showing clips from his upcoming feature, Last Days of Coney Island. He also will be selling original art from his productions, including drawings and animation cels, in the lobby.

Tickets can be purchased in advance for the March 27 and March 28 screenings through Fandango.

More details can be found at the American Cinematheque website at www.americancinemathequecalendar.com. The Aero Theatre is located at 1328 Montana Ave., Santa Monica, CA 90403.