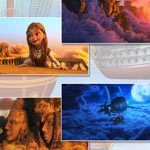 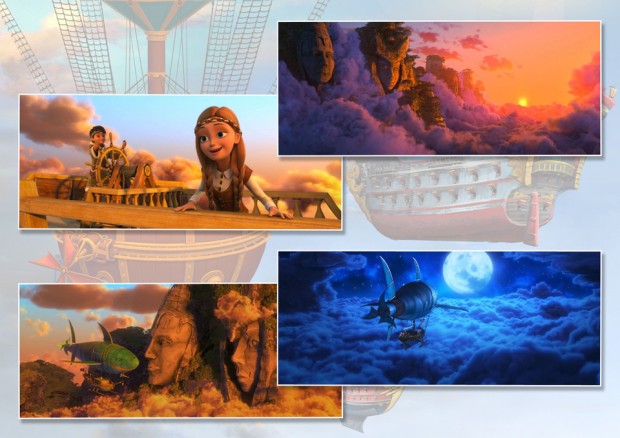 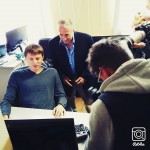 The perennially warm Southern California air will have a magical wintery nip in it during the American Film Market this week, as Russian studio Wizart Animation looks to enchant buyers with its latest feature franchise installment: The Snow Queen: Wonderland. The fourth CG-animated adventure will see Gerda, the Snow Queen and all the magical beings  in the realm put away their disputes and unite to protect the magic of fairytales from a vengeful king.

“The franchise is already very recognizable all over the world, so we want to open new borders of this universe. In the new movie we have decided to expand the universe and added a new high-tech city, full of scientific progress, to the troll people and magic caves,” says producer Vladimir Nikolaev, who notes that the studio will have new excerpts, characters and artwork to show at AFM. “The fourth movie will show the collision between high technologies and magic — and we’ll be watching it with great pleasure.”

Director Aleksey Tsitsilin elaborates: “The main idea of the movie is a confrontation between magic and the technical progress. We’ve managed to create a visually pleasant world where magic intertwines with technologies. A huge city teems with all kinds of steam carriages, airships, submarines, automatic cleaning machines and other gadgets. That forced us to develop a lot of technological ideas to achieve what we wanted.”

Tsitsilin, who directed the previous two Snow Queen films, adds that Wonderland features a comprehensible international story with a relevant message. “The movie answers the question, ‘Should we really treat people united by some common feature bad if only one of them did something wrong?’”

Putting Wonderland on the Map

To help polish the story’s global appeal, Wizart once again teamed up with American animation veteran Robert Lence, whose writing and story artist credits include Beauty and the Beast, Cats Don’t Dance, The Lion King 1 ½ and Bambi II. Tsitsilin notes that Lence was particularly helpful in honing the comedic elements, giving Wonderland a lot more humor than the previous films.

“It was nice to be able to bring to Wizart the experience I gained in the big Hollywood studios like Disney and Pixar. I found the Russians to be very eager to learn, and very curious to hear about how things are done at the Hollywood studio level,” says Lence. “It was also nice to see them incorporate things in the film that are particular to their own culture and sensibilities. Because they do indeed have such a rich history of filmmaking and storytelling in their country. And likewise, I learned a great deal from them as well.”

This international collaboration reflects the movie’s message of understanding. “It’s those revelatory crossover moments in the course of creating the story, where we came to a shared understanding of what is funny, heartfelt or entertaining. We realized that we can both learn from each other cultures and differences, and celebrate what each of our cultures has to bring to the table. The combined effort hopefully leads to a new and greater level of storytelling than we could have achieved on our own,” Lence continues. “Those core human experiences that we all have — to live, to love, to laugh, to cry — transcend any cultural differences we may have.”

In addition to more laughs and a whole new high-tech world to explore, Wonderland continues to up the ante for Wizart’s artistic and technical achievement.

“The Wizart studio is a leader in the production of high budget feature animation in Russia and Eastern Europe. Each of our projects gets better than the previous ones in all aspects — such as technologies, narration and presentation. We’re learning new things and develop our quality each time,” says Nikolaev, the studio’s longtime Executive Producer. “Of course, we do realize that we’ve already taken all we could from the Soviet animation history. Now we want to learn from the best European and, of course, American animators.”

For example, the first sequence of the project to be presented features a new system for generating clouds. The process begins with the layout department, who model clouds using standard polygonal modelling tools and stage the shot. The effects department then gets cloud geometry and uses it as input for volume processing tools to generate complex shapes, additionally layering them with 3D noise displacement and smoothing algorithms. Wizart uses an in-house toolset plus the OpenVDB library created by DreamWorks for efficient data format, volume data processing algorithms and volume scattering code.

“It looks really impressive, even though it’s only WIP yet,” says Nikolaev.

Of course, sometimes you have to go over a hurdle to make great leaps forward. One of the big challenges for Tsitsilin and his team was the fact that for much of the movie, the Snow Queen appears as a disembodied spirit that only Gerda can see.

“It took us a lot of effort to prevent the audience from misunderstanding why no one but Gerda ever reacts to the Snow Queen, and to make this work constantly, without frequent reminders,” the director shares. “That’s why we had to revise the Queen’s visual image, add some special effects to it and make a lot of [changes] in her dialogues and actions.”

“I have always been impressed that with each new project, the skills of the artistic and technical teams at Wizart seem to take a giant leap forward! With each new film, there is a great stride ahead in the look and overall quality of the film,” says Lence. For him, the biggest challenges were practical: the language barrier (overcome with top-notch translators and Nikolaev’s help) and the sheer distance between him and the crew.

“it did help to spend time at the studio, and get to experience their day-to-day operations first hand, to meet and work with the Wizart people face to face, in house, in both Voronezh and Moscow. Just having been there and getting to know their setup helped me even when I was back in Los Angeles,” Lence shares. “Plus, let’s face it, with all the technological advances we have at our fingertips, we live in a different world now with Skype, Facetime, the internet — you can ‘be there,’ even when you’re not.”

As far as their favorite moments, both Tsitsilin and Lence cite the begrudging teamwork between Gerda and the Snow Queen, both for their message of laying aside old grievances and the comedic conflict. Lence and Nikolaev also mark out the return of Rollan, who became a fan-favorite character from The Snow Queen: Fire and Ice despite meeting an unpleasant end.

“The third movie had a pretty unexpectable ending for the animated movie — we had to drown Rollan, who became the antagonist. And when we announced that we’re going to make a sequel, everyone kept asking if Rollan was going to come back,” Nikolaev explains.

“I love the scene where [Rollan] stands up to the King on Gerda’s behalf. I think in that scene you can really see the deep love and admiration he feels for Gerda. He goes through a redemptive process during the course of the film. Because ultimately grace, mercy and second chances are something that we could all use a liberal dose of in our lives,” Lence elaborates. “I always find Gerda to be inspiring … It’s about how a simple, ordinary girl with no particular special magic powers can achieve extraordinary things through the power of love, kindness and friendship.”

According to Nikolaev, Wizart Animation will be showing AFM attendees the future development of its hit franchise, including a small taste of the Snow Queen TV series, which is set after the events of the first movie and relates the comic adventures of a small, magically gifted girl learns to live in the ordinary world. “Apart from that, we are going to show our friends and colleagues our new ideas on the future feature projects. We find both ideas great and want to hear our dear partners’ opinions.”

Wizart will be shopping a sequel to Sheep and Wolves, and giving a look at its first short project The Kitten from Lizyukov Street, which is a follow-up to the 1988 cartoon from Soyuzmultfilm designed to showcase the studio’s animation quality and potential. Despite having under 10 minutes of footage to present, Wizart has already secured distribution for Wonderland in important territories — South Korea, Turkey and Poland.

When asked about the state of the animated features biz both in Russia and around the world, the filmmakers are optimistic and encouraged by the upward trends in quality production and distribution.

“Every year, Russia gets more and more professional animation workers, new animation schools and online classes open, more and more animated movies are released. This all says that the animation industry is growing and developing in leaps and bounds. This establishes the foothold for making high-quality animated movies – and there are gonna be more and more of them every year. I think that’s a very good thing, which gives us hope for the bright future,” Tsitsilin observers.

The director continues: “As for the global animation, in Russia it is mostly present by its majors – but it’s pretty hard to find the independent kinds of animation here, especially in theaters. However, some movies still manage to reach us, which also proves the positive progress of independents animation studios’ development. I hope there’ll be even more of them, as they bring up fresh ideas and keep animation moving forward.”

“I marvel at the work ethic and dedication that I encountered at the studio in Voronezh. They are so eager and energetic, and so incredibly passionate about animation. They are one of the hardest-working groups of people I’ve ever met in my life,” says Lence. “I think the possibilities are limitless for Wizart and Russian animation … There’s never been a more exciting time, or a brighter future for animation, both in Russia, and around the world, than there is now.”

Wizart Animation will be located at Loews Office 721-723 during AFM. Visit wizartanimation.com for more information.