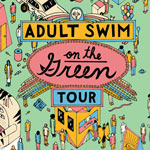 Fans of late night animation won’t just be busy following the Rickmobile on the road this summer. They can also set aside one of their balmy summer nights for the Adult Swim on the Green touring event — an outdoor evening fun fair for adults 18+ featuring games, food and exclusive prizes, courtesy of GEICO.

Each event will feature a free screening of “Things You’ve Never Seen,” featuring specials, pilots and episodes of new Adult Swim shows presented on a massive, custom LED wall under the stars. Plus, the GEICO Prize Eye (a giant spin-to-win) will be on site at each stop to reward fans with access to exclusive Adult Swim freebies, including music, online streaming, games and apps.

Adult Swim on the Green is free with the purchase of a $5 food & beverage voucher, redeemable for 1 free popcorn and other morsels (excluding food trucks) on site. Attendees are also welcome and encouraged to bring their own picnic. Vouchers are on sale now; a limited number of standby guests will be admitted at each stop on a first come, first-served basis, space permitting. 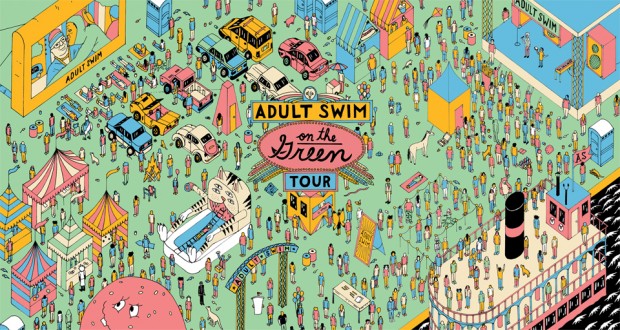 Adult Swim on the Green Tour

You may also like...
Related Topics:Adult Swim, Adult Swim on the Green, Geico