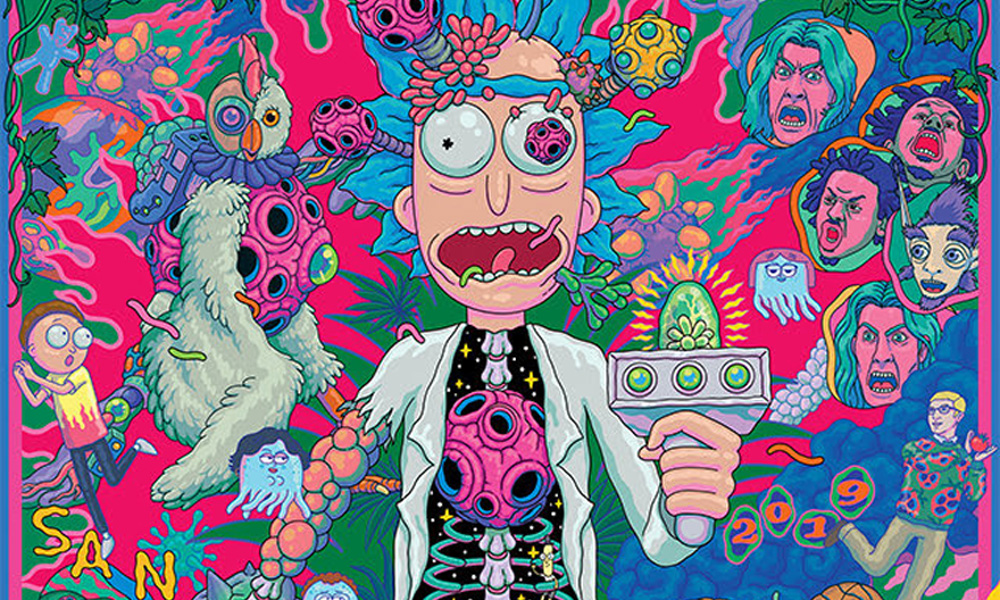 Adult Swim On the Green

The new Adult Swim On the Green is rollin’ down the West Coast and will be putting down stakes at San Diego Comic Con, where fans can soak up some rays by the bay and get transported into another dimension.

The experience will feature the exclusive world premiere of Rick and Morty’s Rickflector that will trans-portal melted minds directly into the animated world of Adult Swim’s Emmy-winning animated series. Celebrity-filled panels and free Meet and Greets featuring the stars, creators and producers from fan favorite shows Rick and Morty and Robot Chicken and Genndy Tartakovsky’s new series Primal put the channel’s mad geniuses right in your face. Plus, carnival activities, tons of giveaways, exclusive evening fan events, and live-streamed shenanigans from the stars of AdultSwim.com.

Fans can keep up with all the new games, old friends, delicious concessions with the help of a free hydration station provided by State Farm. State Farm ambassadors will be on site distributing water bottles and other necessities to lucky fans. Entrance is free for fans 18+ and is right behind the convention center at 5th Avenue Landing and Convention Way, Thursday through Saturday, with exciting fan programming each night.

SNICKERS is bringing the “Strong Man” high striker game to the Green, but instead of strength, fans will be testing their hunger symptoms. Whether they are “Hangry” or “Grumpy,” players will be awarded the satisfaction of a SNICKERS bar to relieve their hunger symptoms and power through the rest of the weekend.

On Friday night, Adult Swim and Doritos invite guests to show off their inspired creations at a costume contest. Cosplayers can come by the Green at 7 p.m. in their best Adult Swim themed looks and strut their stuff for a chance to win the Adult Swim Cosplay Cup, presented by Doritos.

Attendees and fans from far and wide will enjoy on-site live broadcasts of staple streaming shows including FishCenter presented by the WHOPPER sandwich from Burger King, Stupid Morning Bullshit and Williams Street Swap Shop. During special live streams of FishCenter, Burger King will take over the fish tank and host three WHOPPER O’Clock Coin Quest games – and who knows, there maybe be a royal guest who jumps in with WHOPPER coins providing fans an opportunity to gain extra points. Other celebrity guests will be stopping by throughout the convention to chat all weekend long. The streams will be live all-day Thursday through Saturday and fans stuck in long con lines (or at home) can watch anywhere live at AdultSwim.com.

The now infamous Nighttime on the Green after-hours fan experience will this year feature performances and exclusive content from Wham City, Anamanaguchi presented by State Farm, The Last Stream on the Left, Genndy Tartakovsky’s Primal Time, Robot Chicken courtesy of DORITOS, and Rick and Morty.

The world famous Rickmobile will be selling the most exclusive limited items C-137 has to offer, plus an Adult Swim Gift Shop at the green that will be filled to the brim with merchandise from a plethora of Adult Swim shows and Adult Swim Festival passes. Comic Con Badge required for purchase. Shop hours of operation are Thurs. 4-10 p.m. and Friday and Saturday from 12 noon-10 p.m. 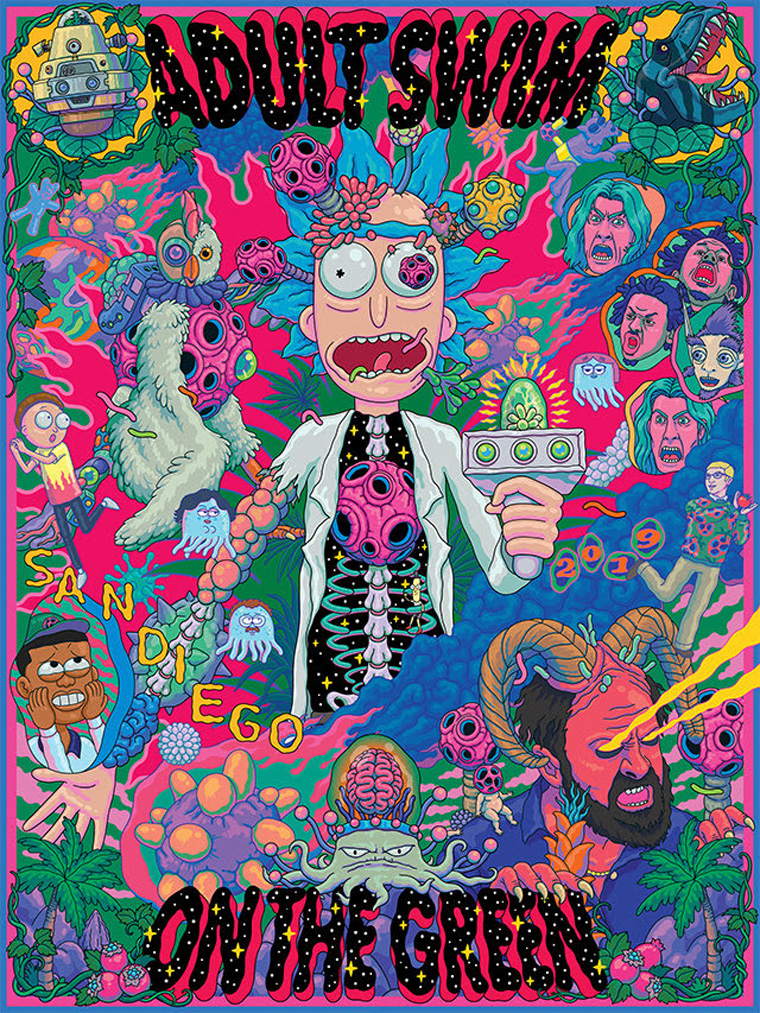 Adult Swim On the Green