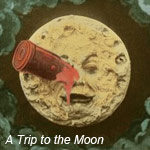 The Academy of Motion Picture Arts and Sciences will present the original hand-colored version of Georges Méliès’s landmark 1902 film A Trip to the Moon on Tuesday, September 6, at 7:30 p.m. at the Samuel Goldwyn Theater in Beverly Hills, Calif.

An original color print of the film was recently discovered in poor condition and underwent delicate work to rescue and digitize the elements.  The restoration was carried out by Lobster Films, the Groupama Gan Foundation for Cinema and the Technicolor Foundation for Cinema Heritage, and took place at Technicolor Los Angeles.  The French band Air composed an original soundtrack to accompany the film.

Known as the first science fiction film, A Trip to the Moon uses innovative animation and special effects, including the well-known image of the spaceship landing in the moon’s eye. The 14-minute project is loosely based on Jules Verne’ From the Earth to the Moon and H.G. Wells’ The First Men in the Moon. 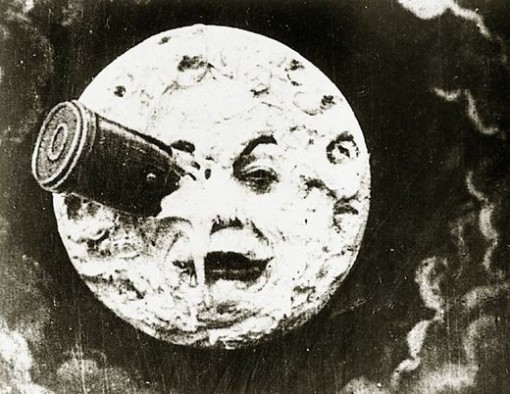 Georges Méliès's A Trip to the Moon

The program will be introduced by film historian and archivist Serge Bromberg of Lobster Films (who is also the festival director at Annecy) and Tom Burton, head of the preservation department at Technicolor Los Angeles.  A newly restored print of A Trip down Market Street (1906), recorded by the Miles Bros. of San Francisco days before the famed earthquake leveled the city, along with rare primitive films such as 3D versions of early Méliès films and turn-of-the century attempts at sound films, will round out the evening’s screenings.

Tickets to the event are $5 for the general public and $3 for Academy members and students with a valid ID.  Tickets may be purchased online at www.oscars.org, at the Academy box office (8949 Wilshire Boulevard, Monday through Friday, 9 a.m. to 5 p.m.), or by mail. For more information call (310) 247-3600 or visit www.oscars.org/events.

It is loosely based based loosely on two popular novels of the time:

The film was written and directed by Georges Méliès, assisted by his brother Gaston. The film runs 14 minutes if projected at 16 frames per second, which was the standard frame rate at the time the film was produced. It was extremely popular at the time of its release, and is the best-known of the hundreds of fantasy films made by Méliès. A Trip to the Moon is the first science fiction film, and uses innovative animation and special effects, including the well-known image of the spaceship landing in the moon’s eye.