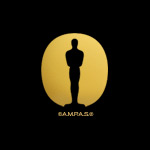 The Academy of Motion Pictures Arts and Sciences is planning a fantastic event about the development of digital animation for Monday, May 21 at 7:30 PM. Held at the org’s Samuel Goldwyn Theater at 8949 Wilshire Blvd. in Beverly Hills, the event is hosted and produced by animation veteran, historian and teacher Tom Sito. “The 18th Marc Davis Celebration of Animation” will focus on the influential animators and designers who devised artistic uses for engineering advances and features the following renowned panelists:

Rebecca Allen is an experimental filmmaker who worked at the New York Institute of Technology and MIT. She collaborated on The Catherine Wheel with Twyla Tharp and made landmark music videos for Kraftwerk, Mark Mothersbaugh and Peter Gabriel. She holds a professorship in the Department of Design|Media Arts at UCLA.

Philippe Bergeron is a CG animator and landscape designer who teamed up with Daniel Langlois and two other directors to create one of the first CG characters in the 1985 short Tony de Peltrie. He has worked at Digital Productions and Whitney/Demos Productions and is president of PaintScaping, Inc.

David Em began producing digital art in the 1970s and has worked as an independent artist in research laboratories such as the Xerox Palo Alto Research Center, NASA’s Jet Propulsion Laboratory and Apple Computer’s Advanced Technology Group. He is the first digital artist to have his papers collected and preserved by the Smithsonian Institution’s Archives of American Art.

Tim Johnson is a director and animator who began his career at Chicago’s Post Effects. At Pacific Data Images in the 1980s, he animated the first digital Pillsbury Doughboy. His feature directing credits include Antz, Sinbad: Legend of the Seven Seas and Over the Hedge.

Jeff Kleiser is the co-founder of Digital Effects, New York’s first CG house. He later co-founded both Kleiser-Walczak Construction Company and Synthespian Studios. His credits include TRON, Honey, I Blew Up the Kid, Stargate and X-Men: The Last Stand.

Bill Kroyer is an animator and director whose credits include Tron, FernGully: The Last Rainforest and Scooby-Doo.” He received an Academy Award nomination for his 1988 short film Technological Threat. He is currently Director of Digital Arts at the Dodge College of Film and Media Arts at Chapman University.

Tom Sito is a veteran Hollywood animator and historian. His screen credits include Who Framed Roger Rabbit, The Little Mermaid, Beauty and the Beast, The Lion King, Shrek and Hop.

Diana Walczak is a CG animator and director who co-founded Kleiser-Walczak Construction Company and Synthespian Studios. With Jeff Kleiser, she created the first female Synthespian performer, Dozo, for the 1989 music video Don’t Touch Me.” Her credits include the digital opera “Monsters of Grace” and the feature films X-Men and Surrogates. 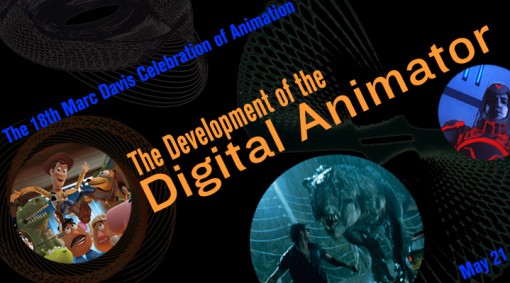 Tickets are $5 for general admission, $3 for Academy members and students with valid I.D.s. Sales will begin on May 1 online at www.oscars.org or in person at the Academy Box Office or by mail.