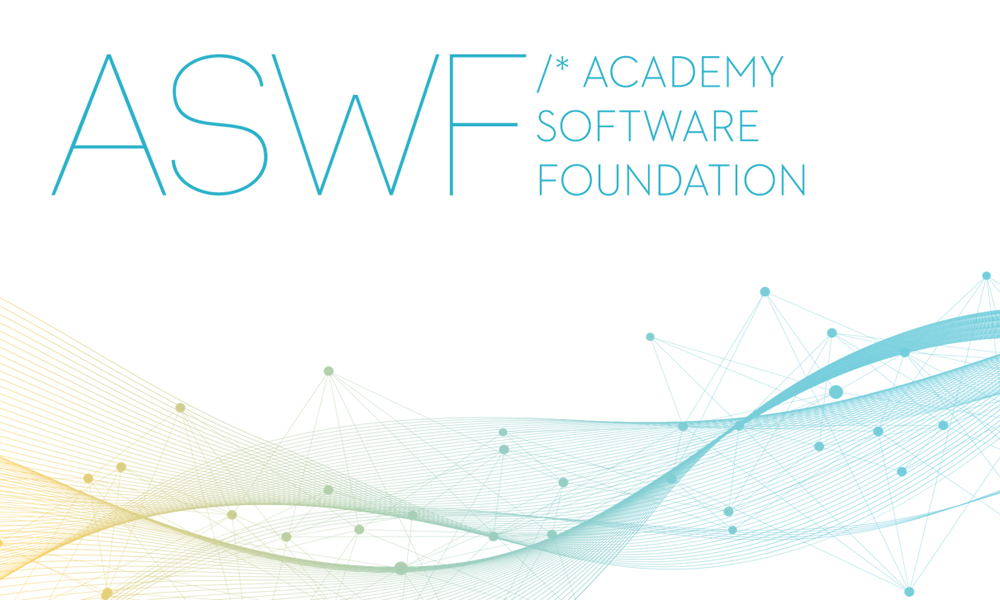 The Academy Software Foundation is celebrating its one year anniversary at SIGGRAPH this week, with plenty to be proud of. The Foundation has accomplished a 78% growth in membership in the past year, with just-announced newcomers Netflix, Amazon Web Services, Rodeo FX and Movie Labs. ASWF further revealed that Pixar’s OpenTimelineIO will be the fifth project hosted at the Foundation.

SIGGRAPH attendees can check out projects from across the industry during Open Source Day on Tuesday — a full day of Birds of a Feather sessions focused on open source projects tailored to visual effects, animation and image creation. More exciting announcements are in store for these sessions.

“Netflix’s deep expertise in streaming media needs no introduction, but it is lesser known that Netflix also has a strong commitment to open source software, having open sourced many projects already, and contributing to many more,” said David Morin, Executive Director, ASF. “We are pleased to welcome Netflix into our community, and we look forward to their involvement and contributions to ASWF projects, including OpenTimelineIO, which we are pleased to announce is now a Foundation project.”

Morin added, “We are pleased to welcome Amazon Web Services as a new Premier member. Many open source projects and developers rely on cloud services from AWS for content creation and production. We look forward to their contributions as our projects continue to evolve and grow. We are also excited to have Rodeo FX and MovieLabs join our community. Rodeo FX has a deep expertise in visual effects and developing artist-driven tools that will be beneficial as our Foundation continues to grow. MovieLabs has a history of bringing together studios and tech companies to develop common technology goals, which aligns with our goal of driving collaboration and shared development of open source technologies across the motion picture and media industries.”

Initially created by Pixar Animation Studios, OpenTimelineIO (OTIO) is an Open Source API and interchange format that facilitates collaboration and communication of editorial data and timeline information between a studio’s story, editorial and production departments all the way through post-production. Since 2016, there have been 11 OTIO releases with contributions from many studios and vendors including Pixar, Lucasfilm and Netflix. It has been used in production for films including Coco, Incredibles 2 and Toy Story 4.

“Picture-less data produced by editorial departments is very useful across the pipeline. We developed OpenTimelineIO to provide an open source alternative to proprietary formats and enable our community to easily and efficiently interchange editorial timelines,” said Guido Quaroni, Vice President of Research and Development at Pixar. “As an Academy Software Foundation project, we hope OpenTimelineIO can help facilitate content creation within the motion picture and other similar industries.”

OTIO makes it easier to build tools that use editorial timeline information, filling a gap in film production pipelines that was previously underserved by similar, proprietary technologies. It supports clips, timing, tracks, transitions, markers, and metadata in an API that is easy for studios to integrate with their tools and for vendors to integrate with their software. Use cases include tracking shot length changes, providing context shots in dailies, communicating shots added or removed, conforming new renders into a cut, and dealing with picture-in-picture shots.

Erik Strauss, Netflix Director of Post-Production Engineering, said, “Netflix has a rich tradition of Open Source development, and as we continue to expand our commitment to original content, we recognize the strategic importance of having a robust and diverse ecosystem of collaborators investing in the Open Source software that powers content creation. To this end, Netflix has recently been contributing to OTIO to improve the way we store and exchange the relationships between media assets in a timeline, and we’re excited that this project has been adopted by the Foundation. We’re thrilled to join the Academy Software Foundation and look forward to extending our collaboration with peers and partners on the software projects which are the cornerstone of digital production.”

“We are pleased to see Netflix join the Academy Software Foundation. As a founding member, we have watched the Foundation’s projects flourish with the support of the community, which is why we submitted OpenTimelineIO to the Foundation,” added Quaroni. “Netflix has been an active contributor of OpenTimelineIO, and we look forward to their continued support and collaboration as a Foundation member.”

“OpenTimelineIO is quickly becoming a part of an industry standard editorial pipeline, both within and between animation studios, visual effects studios, and third-party vendors,” said Morin. “With the support of the broader Academy Software Foundation community, we hope the ecosystem of third-party tools that support OpenTimelineIO will grow, making it easier for users to integrate it into their pipelines.”

Launched during SIGGRAPH in August 2018 by the Academy of Motion Picture Arts and Sciences and the Linux Foundation, Academy Software Foundation provides a neutral forum for open source software developers to share resources and collaborate on technologies for image creation, visual effects, animation and sound.

“Our membership has almost doubled since we launched the Academy Software Foundation a year ago, and we’re grateful that both studios and software vendors are seeing the value in having a neutral home for collaboration and shared development of open source software,” said Rob Bredow, SVP, Executive Creative Director and Head of Industrial Light & Magic, and Governing Board Chair of ASF. “Amazon Web Services, Rodeo FX, and MovieLabs are welcome additions to our community, and we look forward to their contributions as we continue to grow.”