The Academy of Motion Picture Arts and Sciences will celebrate the work of acclaimed British stop-motion house Aardman Animations with three special programs features the studio’s Oscar-winning and nominated Wallace and Gromit shorts on Friday, August 7 and Sunday, August 9.

Wallace and Gromit Restored will be part of the Marc Davis Celebration of Animation series. Aardman co-founder David Sproxton and cinematographer Dave Alex Riddett will discuss the making of Wallace and Gromit shorts The Wrong Trousers, A Close Shave, A Grand Day Out and A Matter of Loaf and Death. This will be the world premiere of restorations of all four films, undertaken by the Academy Film Archive and Aardman. [Fri. Aug. 7, 7:30 p.m., Samuel Goldwyn Theater – Beverly Hills] [Tickets]

Cracking Animation: Behind the Scenes at Aardman is a panel featuring Sproxton and Riddett set for the SIGGRAPH Conference. The filmmakers will trace the arc of Aardman’s voyage over the last three decades, present clips of the studio’s work and discuss the evolving production techniques and future prospects of stop-motion animation. [Sun. Aug. 9, 9 a.m., Los Angeles Convention Center]

A Grand Day Out: Wallace and Gromit Family Matinees is an Academy presentation of all four Wallace and Gromit shorts open to family audiences, as well as an animation workshop designed for kids ages 8 to 13. The 90-minute, hands-on workshop will offer a small group of participants the chance to learn some of the techniques employed by the Aardman animators. [Sun. Aug. 9, 1- 5:30 p.m., Linwood Dunn Theater – Hollywood] [Tickets] 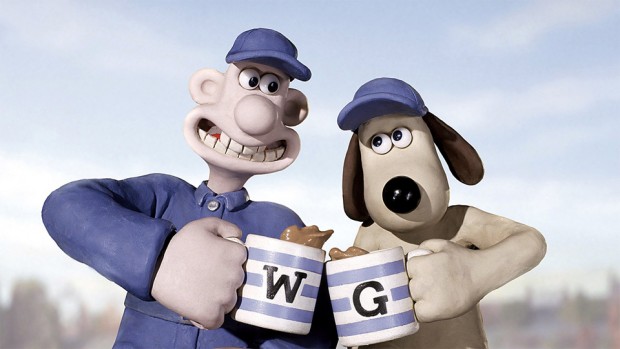