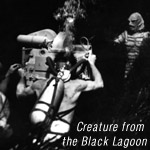 The Academy of Motion Picture Arts and Sciences will pay tribute to the monsters of the silver screen in a program titled Monsters in the Movies set for Oct. 21.

Presented by the Academy’s Science and Technology Council, the event will be hosted by special effects makeup artist and on-set animatronic effects supervisor Shane Mahan. He will host a panel with industry experts discussing the technical design of movie monsters from King Kong to the Gill Man.

A lobby display will feature artifacts used to create visual effects for a range of creatures from classic and contemporary monster movies.

Tickets for the event, which will begin at 7:30 p.m. at the Samuel Goldwyn Theater in Beverly Hills, cost $5 for general public and $3 for academy members and students with a valid ID.

Deadline to Submit for Annies is Oct. 15
Festival to Bestow First Student Annies