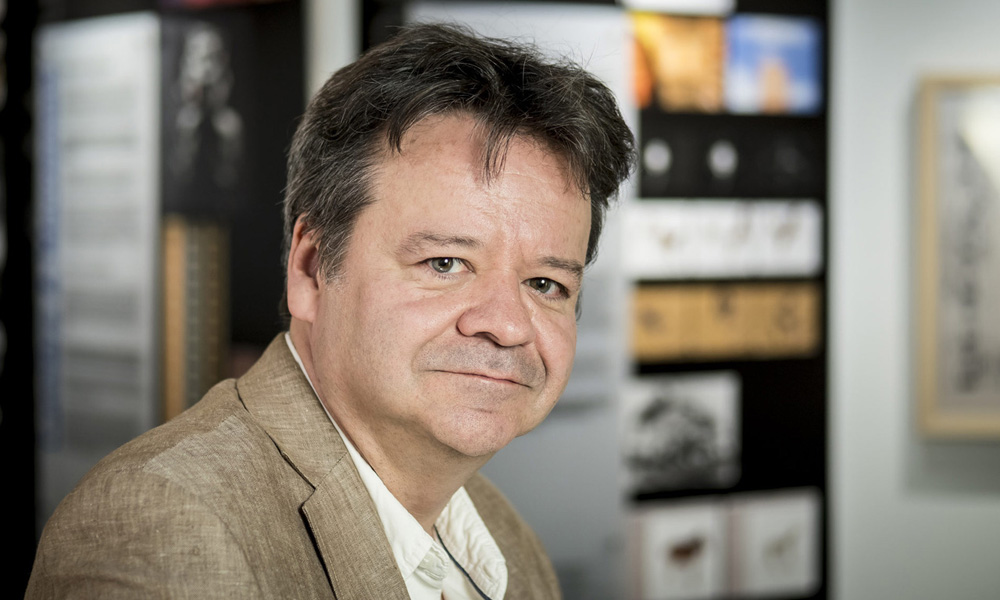 Who is better fit to tell us about the global animation scene than Marcel Jean, the brilliant director of the Annecy International Animated Film Festival, who has to watch more animated shorts in a year than seems humanly possible? Jean was kind enough to answer a few of our burning questions just before the madness of the festival completely sweeps him away. Here is what he had to say:

Animag: What do you find especially exciting about this year’s programs and events?

Marcel Jean: It is a remarkable year for animation features, with an incredibly strong lineup of Japanese films. I am particularly proud of the Contrechamp (reverse shot) section, which offers a new dimension to the selection of feature films.

How do you keep a fresh attitude about all the animated projects you screen?
Every year brings a new share of excitement. Animation is constantly evolving, both in terms of technology and narrative issues. In this context, it is easy to keep a fresh look: we unceasingly discover new authors, new cinematographies, new aesthetics … Besides, I do not want the festival to be fixed in an immutable form. We are making a lot of changes in the sections to respond to the evolution of production. It is a great pleasure to create the Perspectives section, or the Contrechamp section.

What is your personal favorite part of the event?
The most beautiful part of the Annecy festival is on the meeting side: a lot of creators, animators, craftsmen and producers come to meet our audience. This is where the unique side of the festival lies. Because movies, you can always see them later. Masterclasses, making of, work in progress and conferences are unique.

Do you have a fun or humorous anecdote to share with us about a recent Annecy festival?

In 2017, the directors of Madame Tutli-Putli, Chris Lavis and Maciek Szczerbowski, gave a masterclass. They had the idea to invite a clown/magician to entertain the audience before their conference. The magician was among the spectators and offered card tricks. The famous Dutch filmmaker Paul Driessen was in the room, and he was convinced that Maciek was the magician. He told his neighbor, who did the same thing with his neighbor. In a few minutes half of the spectators were convinced that Maciek was in disguise. Then, when Mackiek actually appeared on stage, he had no idea the kind of surprise he was creating.

What can you tell us about the Japan focus this year?

It’s a very big year for Japanese production. Perhaps the biggest year for 10 years, if we consider the quantity and quality of feature films that have been submitted to us. We will also pay homage to a great unknown figure of Japanese animation: Yoïshi Kotabe, who was a major collaborator of Isao Takahata. In addition, we wish to present some rising figures of Japanese animation, such as Atsushi Wada and Ryo Orikasa.

People always want to know about trends and new ideas in the animation sector. What is your take on what’s happening around the world?
Animation is in a paradoxical situation. On the one hand, there are more and more animated films. But on the other hand, there is always a problem in the way the public perceives animation. More and more films are produced for an adult audience and the general public continues to see animation as a product aimed at children, or at best the family. Therefore, the distributors of these films do everything possible to make people forget that these films are animated films. In parallel, animation has become a very important element of contemporary art (especially in China) and documentary filmmaking.

What is the most difficult aspect of organizing the festival?

Selecting the films that will take part in the competition is both the most exciting aspect and the most difficult aspect. There are so many good movies that we have to leave out. It is a great honor and a great responsibility to sign the selection. People often want to know why their film was not selected. It is difficult, because in many cases there is no clear reason. There was no room to show all the films that would have deserved to be there and we had to make choices based on all kinds of reasons — the provenance of the films, the technique used, our willingness to make room for new authors, the balance between men and women, the topics discussed, etc.

What is the animated work that changed your life and why?

Pierre Hébert’s short film Memories of War, produced in 1982 at the National Film Board of Canada, changed my life. At the time, I was a young film critic and this film allowed me to understand that we could approach all topics in animation in a very elaborate dramaturgical framework. Then I saw Dimensions of Dialogue by Czech filmmaker Jan Svankmajer and Breakfast on the Grass by Estonian animator Priit Pärn. These films opened my eyes to the possibilities of animation.

Which new animated movie or short are you really looking forward to in 2019?

I have already seen all the selection of Annecy, so I will speak rather of a film which is not yet finished and which will not be in Annecy: Physics of Sadness by Theodore Ushev, the director of [Oscar nominated short] Blind Vaysha. Ushev is a great artist and he may be making his most ambitious film. He uses for the first time the ancient technique of encaustic painting, which consists of using wax as a binder.

What role do you think Annecy has played in redefining the role of animation in the movie and TV sector over the years?

Annecy offers a kind of Polaroid to take into account the state of animation. This is the moment in the year where we can take stock: What are the trends, the themes that emerge? When a festival-goer returns from Annecy, he or she is full of images and ideas. 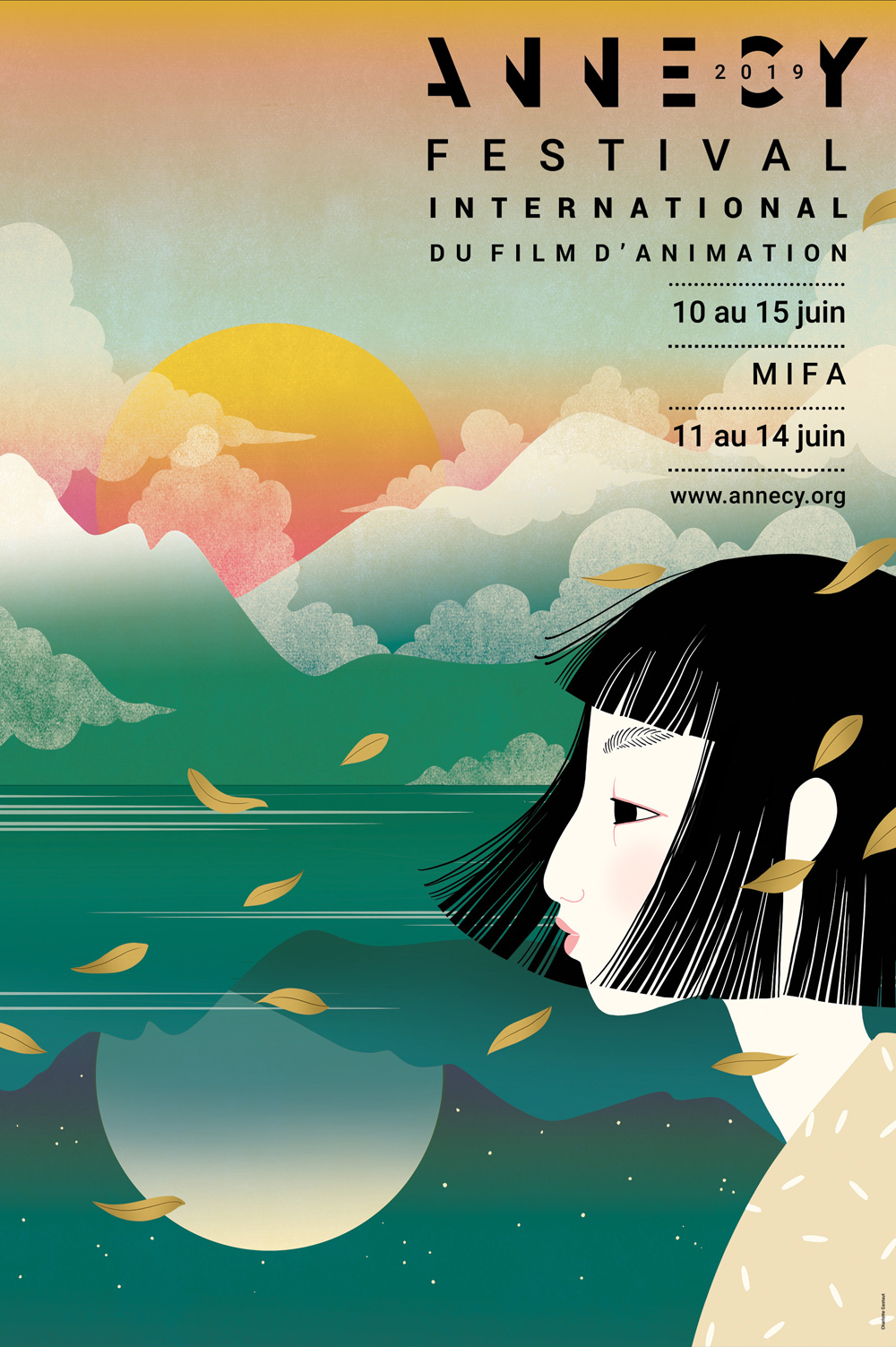