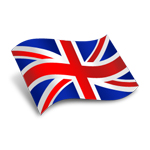 New Tax Credits Are Giving an Immediate Jolt to the U.K. Animation Industry.

It’s only been less than a year since the United Kingdom enacted tax relief credits aimed at reviving its TV animation industry, and so far the results have exceeded expectations.

“We’ve gone from a situation where last year, 2012 to 2013, there were only two animated television dramas that were commissioned by British broadcasters to domestic animation companies,” says Adrian Wootton, chief executive of Film London and the British Film Commission. “And we’ve already, in nine and a half months, we’re now up to 25 new domestic television shows that have been commissioned and we have a bunch of co-productions going on that just frankly wouldn’t have happened before.”

The tax relief offers companies that spend at least 25 percent of a production’s budget in the U.K. to get back in cash from the government 25 percent of what they spend. Unlike a similar tax relief plan for live-action television, there is no minimum budget, and neither credit has a sunset clause that would lead them to expire.

As a result, Wooten says: “They’re predicting a 300 to 400 percent turnover in the increase on U.K. spend on animation compared to 2012. That’s how significant a trigger the animation tax relief is because for the first time in a long time animation companies from all over the world are saying yes we can place the work here.”

For U.K.-based animation studios, large and small, the tax relief has made an immediate impact.

“The tax credit has allowed us to push what is achievable in animated series,” says Oli Hyatt, creative director of London-based Blue Zoo Animation Studios. “For example, Digby Dragon, a new show we are just moving in to production on, would simply not have been possible to achieve in the way we have envisioned without the 25 percent tax credit.”

The credit also has brought in work for hire projects, Hyatt says. “Pre-tax-credit, this would has never happened,” he says. “We hadn’t had inward investment from overseas in to the production for the previous 14 years our company was running, so in those terms it really is a game changer.”

Julie Stall, VP of production for Toronto-based Portfolio Entertainment, says the credit is very attractive because of its broad definition of what spending qualifies a project.

“The definition of ‘U.K. spend’ is fairly broad in that the credit is based on goods or services ‘used or consumed’ in the U.K. and isn’t restricted to U.K. labor,” she says. “Although the rebate percentages in some countries may be higher than in the U.K., the definition of eligible expenditures may differ, so it’s important to actually run the numbers in various scenarios before determining the actual value of the credits.”

Portfolio, which has enjoyed a U.K. co-production arrangement on its series The Cat in the Hat Knows a Lot About That, says the credits are a good incentive to team up with more U.K. companies. “In the past, it has been a challenge financing co-productions with the U.K., partly because of competition for broadcast space and the high cost of production in the U.K.,” she says. “But the tax credits really assist in closing the gap and providing some flexibility with financing options.”

Hyatt says there has been a noticeable influx of business enquiries. “In terms of the type of interest from abroad, it has gone a bit crazy,” he says. “Some big players are considering setting up studios, some are looking for co-pro’s, some looking to simply farm entire projects out. We really have been put back on the map!”

Moses Nyachae, director of film and television at the London accounting firm of Saffery Champness, says the tax credit is being supported with investments in infrastructure and education to ensure the U.K. can support the work it hopes to bring in. “The U.K. government is investing heavily in training and incentivizing R&D to ensure the U.K. has world-class talent and facilities.”

Wooten’s office has brought in animation execs from all over the world — including high-profile visits from American and Canadian delegations — to tour the U.K. and its facilities and sell them on the idea of bringing work there.

“U.K. producers are coming to the table with more money and this can only be good news to all parties looking to get their shows financed and produced,” says Nyachae. “I would say it’s a little too early to tell whether the incentive will result in a significant increase in co-production activity, but what we do know is that a lot more discussions are happening between U.K. producers and their overseas counterparts so hopefully a good number of these conversations will translate in to actual co-productions. The next 12-18 months will be interesting in that respect.” 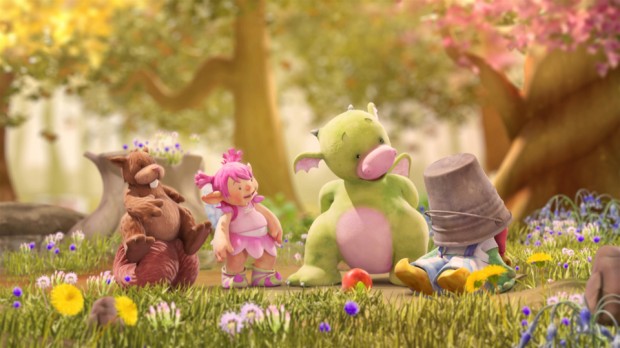