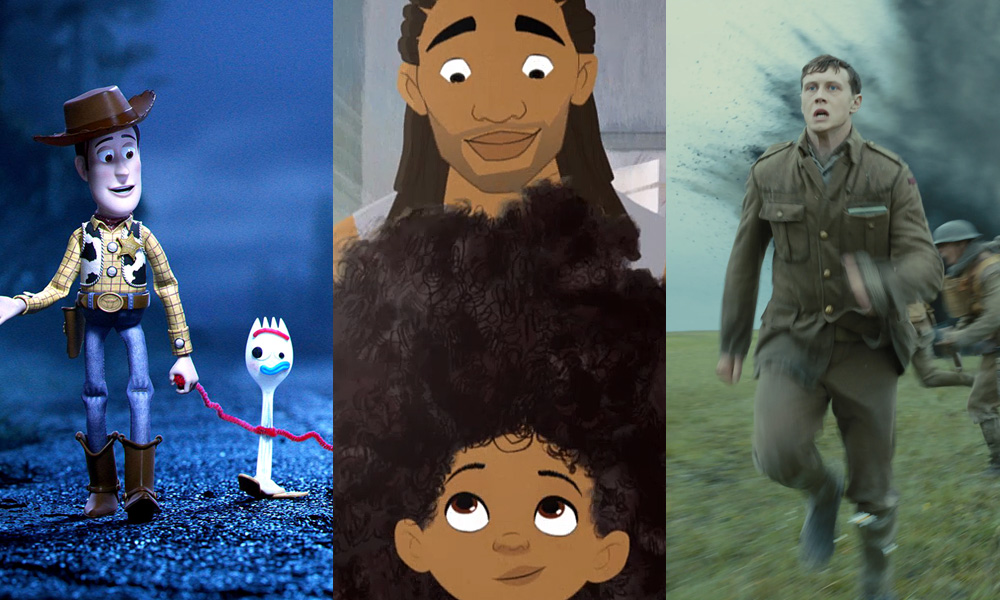 The Academy of Motion Picture Arts and Sciences held the 92nd Oscars ceremony Sunday night in Hollywood, with the animation winners striking a balance between old favorites and powerful new voices.

Hair Love director Matthew A. Cherry and producer Karen Toliver created heartwarming buzz by bringing DeAndre Arnold — the black Texas high school senior who made headlines when his school told him to cut his dreadlocks or be denied his graduation walk — as their Oscars guest. Cherry is the second black filmmaker to win the animated short Oscar, following Kobe Bryant (Dear Basketball).

A few words from a winner… #Oscars pic.twitter.com/5hyp0J7wNr

The big win for Toy Story 4 tallies up the 10th Best Animated Feature Oscar for Pixar Animation Studios. It is also the second win for the popular franchise, making Toy Story the first animated film series to score multiple wins in the category, and a remarkable first for Josh Cooley, who made his feature directorial debut on the film after working on multiple Pixar movies and shorts since 2004’s The Incredibles.

A few words from a winner… #Oscars pic.twitter.com/uKMxpUTDSU

The win for 1917 is the second for Guillaume Rocheron, who previously won for Life of Pi (2012), and the first for co-nominees Greg Butler and Dominic Tuohy, who had both been nominated before.

Delivering top cinema musical moments from the past year were performers Idina Menzel and AURORA with “Into The Unknown” from Frozen II (music & lyric by Kristen Anderson-Lopez and Robert Lopez), Elton John with “(I’m Gonna) Love Me Again” from Rocketman (music by Elton John, lyric by Bernie Taupin), Chrissy Metz with “I’m Standing with You” from Breakthrough (music & lyric by Diane Warren) and Cynthia Erivo with “Stand Up” from Harriet (music & lyric by Joshuah Brian Campbell and Cynthia Erivo) — with a surprise appearance by Eminem, who took the stage to perform “Lose Yourself” 17 years after it won best original song (8 Mile). Janelle Monae kicked off the event with an enlivening rendition of beloved Mister Rogers theme “Won’t You Be My Neighbor.”

During the ceremony, Tom Hanks announced that the new Academy Museum of Motion Pictures will open to the public on Monday, December 14, 2020. Major construction has been completed on the building, designed by world-renowned architect Renzo Piano and located on Los Angeles’s Miracle Mile. The Academy Museum recently announced that it has reached the 95% mark in its $388 million pre-opening campaign, and installation of four floors of immersive, innovative exhibitions is now beginning. Among the highly anticipated opening exhibitions will be a focus on iconic Japanese animator Hayao Miyazaki.

Licensing Bytes: From Peanuts Bling to Super Wings and Beyond!
Cartoon Movie 2020 Toasts Luxembourg: The Heart of European Animation