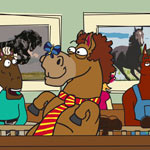 The New York Television Festival has announced the 52 Official Selections for its flagship Independent Pilot Competition for TV and digital projects. This year’s contenders include six animated pilots, with the entire competition showing a positive push for diversity both on the screen and behind the scenes. Pitches will be made to industry execs and TV fans at the 13th annual NYTVF, taking place Oct. 23-28 at the Helen Mills Theater and Event Space.

The 2017 slate of contenders is the competition’s most diverse on record, with 56% of all selections featuring persons of color above the line, and 44% with a person of color serving as creator, writer and/or director. Women fulfill a core creative role in 71% of the pilots — including 50% with a female creator and 38% with a female director (up from 25% last year). Further, 31% of projects originate from outside NYC or Los Angeles, with international entries coming from the UK, Canada, South Africa and Israel. Less than half (46%) of this year’s crop enter competition with zero representation.

“There’s been a promising movement in television to foster and promote creators with wide-ranging and diverse experience and points of view – and I think we’re seeing those efforts come to fruition with this year’s slate. The goal of NYTVF has always been to identify the very best stories, and connect the creators of these projects with our industry partners. Seeing such a spectrum of voices being elevated organically this year, it’s heartening, and hopefully a bellwether of things to come,” said Terence Gray, executive director of the NYTVF.

Details on all the IPC pilots available online, or watch the YouTube playlist. This year’s animated contenders are:

Eternity Fraternity [World Festival Premiere] Created by Kevin Barker, Ben Miller, and Nina Quill (Brooklyn, NY). When a reluctant pledge accidentally dies during a rush party, he comes across a tougher challenge: pledging a ghost fraternity run by the sardonic Victorian witch-ghosts who used to own the frat house.

Horse Court [World Festival Premiere] Created by Charlie Laud and Matt Laud (Shelburne, VT). When you break the law, and you’re a horse, there’s only one place you can go.

peopleWatching [World Festival Premiere] Created by Winston Rowntree and Geoff Lapaire (Toronto, ON, Canada). A post-modern comedy about 20-somethings in the year 20-something, stuck in that seemingly-endless limbo between school and adulthood, nothing and friendship, and expectations and reality.

Yummiloo [World Festival Premiere] Created by Traci Johnson, Bob Mowen, and Anthony Weintraub (New York, NY). Rooty and her best friend, Beany, go on an adventure in this series for preschoolers that sets the foundation of healthy eating through lovable characters and stories in a world made of food. Created by Traci Johnson (co-creator, Blues Clues). 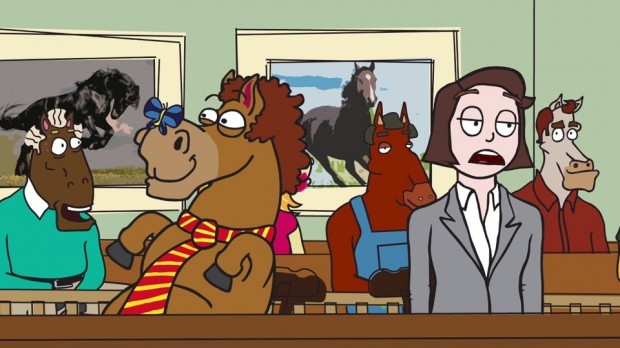