Animation directors, producers, financers, agents, artists, and writers from around the globe will gather Nov. 2 at the Marina del Rey Yacht Club for the World Animation and VFX Summit.

Now in it’s fourth year, the three-day event will showcase a notable assembly of talented panelists representing all aspects of the animation and VFX industries.

The panels include animation spotlights on the internationally acclaimed feature Kahlil Gibran’s The Prophet; the upcoming Blue Sky Studios adaptation of Charles Schulz’s comic strip, The Peanuts Movie; an exploration of Latin American global animation; 2015’s Oscar contenders; the business of show business and much more.

“I am so excited for the attendees to arrive at this year’s event on Monday. The caliber of both the speakers and attendees far exceeded my original vision. I am looking forward to hearing about all the magical deals that come out of this year’s summit,” says Jean Thoren, publisher of Animation Magazine, which presents the summit.

This year also features master classes each taught by veterans of the industry. Disney veteran Chuck Williams will explain how to tell a compelling Disney-Pixar-level story on a budget, Rene Bourdages of ELEVADO Media will discuss how to finance a feature film, and Michael Hirsh, vice chairman of DHX Media and The Entertainment and Media Finance Group, will reveal how to create a thriving animation business.

Listening to these three iconic industry veterans will be the equivalent of getting a Ph.D. in the business of animation.

Tickets are still available and can be purchased online by visiting www.animationmagazine.net/summit. 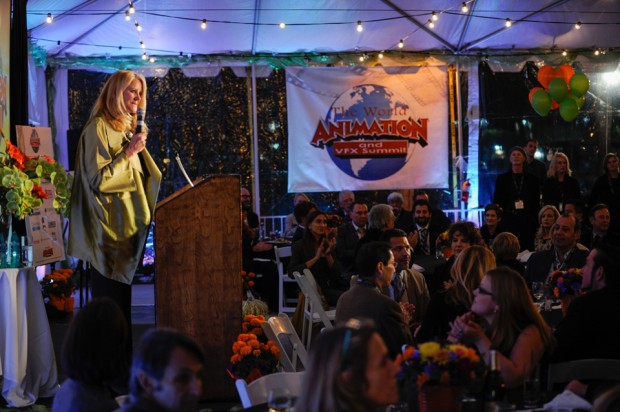 The World Animation and VFX Summit

Gnomon Alumni Panel to Offer Tips on Breaking In
Best of Animayo Fest Coming to L.A.