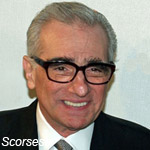 The success of the 3D movie Hugo has earned filmmaker Martin Scorsese the 2012 Harold Lloyd Award from the International 3D Society in Hollywood.

Scorsese will receive the Society’s highest filmmaker award at a black-tie ceremony Feb. 1 at the Beverly Hills Hotel.

“Marty Scorsese has embodied Harold Lloyd’s vision and passion for captivating movie fans around the world for his entire career,” said Suzanne Lloyd, Lloyd’s granddaughter and chairwoman of Harold Lloyd Entertainment, who will make the presentation. “With Hugo he has shared his love of filmmaking and filmmakers, in 3D, which would also have thrilled Harold.”

The award was established by the 3D Society and the Lloyd Family to annually celebrate filmmakers for groundbreaking artistic and technical achievement in 3D.

“Mr. Lloyd was a life-long advocate for 3D movies, although technology never allowed him to realize his dream. But in joining last year’s recipient, James Cameron, Mr. Scorsese has not only realized that dream, but he has produced a work of art,” said Jim Chabin, president of the society. “Added to his dedication to film restoration and preservation, we simply can’t imagine a more worthy recipient of our highest honor.”

Hugo, Scorsese’s first 3D feature, was shot in London and Paris and is based on the novel The Invention of Hugo Cabret. Hugo also is in the running for the society’s Best Picture award.

The International 3D Society is a community of professionals dedicated to the advancement of the art and sciences of stereoscopic 3D technologies and content through education, hands on demonstration and celebration.