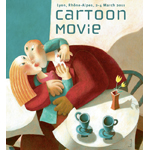 Cartoon Movie has revealed new details of its 2011 edition, set for March 2-4 in Lyon, France, including a lineup of 55 films — 12 of which are made in stereoscopic 3-D.

Among the filmmakers coming to the event are Terry Gilliam, Patrice Leconte and Fernando Trueba. Gilliam is producing the science-fiction film 1884: Yesterday’s Future, while Leconte will unveil the first stereoscopic 3D images of The Suicide Shop, and Oscar-winner Fernando Trueba co-directs the feature film Chico & Rita.

Some of the completed films selected for the event have already enjoyed successful premieres in their countries, including Animals United from Germany and Santa’s Apprentice from France. Also included are films that have been selected to compete in prestigious festivals like the Berlinale, including A Cat in Paris and The Great Bear. The lineup also includes sequels to films that have been great successes internationally or in their own country, such a Niko 2 – Family Affairs and The Happets in the Rainbow Forest.

The submissions also show the growing prominence of adult-oriented  animation, which comprises about 30 percent of the projects. Adult-oriented films include I have understood you, The Jungle, Adama, Wrinkles,  1884, Dome, The Suicide Shop, Prototype and Chico & Rita.

With a global budget of 385 million euros, the projects coming from 21 countries will be pitched to potential co-production and financial partners with the aim of finding financing and European distribution. The budget is up 20 percent from a year ago, confirming the positive trend in European animated film productions over the past year.

France reaffirms its leadership with 4 out of every 10 projects, while the Nordic countries confirm the current strength of their animation industry with a total of 10 projects, half of which are Danish. Elsewhere, Spain and United Kingdom maintain a strong presence with 4 projects each, followed by Germany with 3 projects.