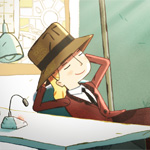 The 31st Cinekid Festival is not long off, with the start date set for Wednesday, October 18. For two weeks over the fall holiday break, the largest film, TV and media event for children ages 3-14 will invite over 60,000 youngsters and their guardians to enjoy a range of programming in Amsterdam and across 35 other Dutch cities. In addition to screenings, the festival hosts the MediaLab “digital playground” with the latest games, VR installations and workshops.

This year’s opening film will be the national premiere of 2D-animated feature film Next Door Spy from Denmark’s Copenhagen Bombay (The Great Bear, Beyond Beyond). Directed by Karla Van Bengtson (Tigers & Tattoos), the kiddie espionage adventure has been given a Dutch dub especially for the event, and fits perfectly into Cinekids 2017’s “film noir” angle — one of the year’s themes along with “modern fairy tales” and “scary films.”

“I am proud to have the 31st edition of our festival open with the Dutch premiere of an animation film that was pitched as a project at our event, less than one year ago. [Next Door Spy] is a cheerful ‘film noir’ with a very engaging animation style.” said festival director Floor van Spaendonck.

Next Door Spy tells the story of 10-year-old Agathe-Christine, or AC for short. AC likes to be on her own and loves a good mystery. She has set up a small detective agency the basement of the building she recently moved into. AC’s first mystery appears to be simple to solve, but before long AC finds herself caught up in an affair that’s much more complicated than she could ever have imagined.

The film was pitched during the Junior Co-Production Market at the Cinekid for Professionals event last October. The market invites international media producers to convene in Amsterdam to present their projects to potential buyers and co-producers. Participating projects are selected by Cinekid. More information here. 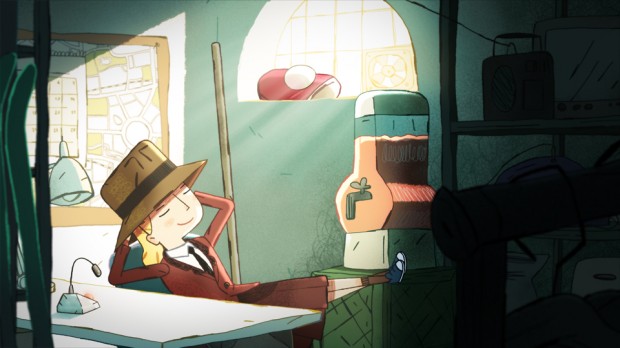