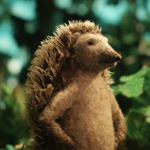 The 27th World Festival of Animated Film – Animafest Zagreb will return to the Croatian capital from June 5-10 — following myriad introductory events slated for the end of May. This year’s fest will offer competitions for recent works, themed program (this year’s focus: the connection between animation and comic books) and retrospectives, screening over 300 films. Plus, supplementary exhibitions, workshops, lectures, school presentations, open-air events, site-specific films and symposium.

Out of 1,600 submissions fro 76 different countries, 800 entries were vying for a spot in the Grand Competition – Short Film category. Of the 44 qualifying films, France is the most represented nation of origin with 9; Poland, Germany, Canada and the USA also have a strong presence, with a good share of Scandinavian fare in the mix. The competition also includes Croation films Hedgehog’s Home by Eva Cvijanović (made in cooperation with NFB), which opened at Berlinale; Michaela Müller’s paint-on-glass Airport, Nighthawk by Špela Čadež, Manivald by Chintis Lundgren, and Božidar Trkulja’s tongue-in-cheek stop-motion fantasy The Last Quest. Full info on this year’s diverse selections is online.

This year’s Grand Competition – Feature Film lineup features 9 ambitious and broadly acclaimed films from around the world: The Red Turtle by Michaël Dudok de Wit (France/Belgium/Japan), My Life as a Zucchini by Claude Barras (France/Switzeraland), Louise by the Shore by Jean-François Laguionie (France/Canada), The Girl Without Hands by Sébastien Laudenbach (France), In This Corner of the World by Sunao Katabuchi (Japan), Have a Nice Day by Liu Jian (China), My Dogs JinJin & Akida by Cho Jong-duck (South Korea), Where It Floods by Joel Benjamin (US), and the latest film by Bill Plympton and Jim Lujan: Revengeance (US).

Granting a peek at the future of the artform is the Student Film Competition, with a range of aesthetics and genres on parade in films which tackle serious topics like feminism, transgender rights and diversity; oft-taboo topics of the body and sexuality; and sometimes just revel in humor. France and Germany tie for dominance with 5 films each, followed by Belgium and Japan (4), and Croatia (3). This year, FAMU in Prague will be given the Best Animation School Award, and receive a special retrospective screening — as will Denmark’s The Animation Workshop.

The Croatian Film Competition comprises 16 films serving as a slize of insight into animation production in the country, its cinematic traditions and increasing international co-production activity. Beginning May 23, the media facade at the Museum of Contemporary Art will screen site-specific animations from 11 countries in the Animation Goes MSU! competition, with selections from many returning artists. And a specially curated assortment of refined international gems will attempt to capture the “big picture” in the World Panorama program.

The strong ties weaving together animation and comic-books will be explored with special screenings of feature films (Fritz the Cat, Savage Religion) and shorts picked by experts Amid Amidi, Jens Meinrenken and Daniel Šuljić; selection of Croation comickers who have worked in animation; and a motion-comics exhibition at ULUPUH Gallery. The Masters of Animation retrospective program will follow the thee with a loo at the works of Dutch director, musician and visual artist Rosto and the Animafest 2017 Lifetime Achievement Award winner Borivoj Dovniković Bordo.

This year’s Animafest Scanner III symposium will also focus on the connections between comics and cartoons, as well changes in the worlds of animation, psychology and new media. This meeting point between theory and practical discourse will feature a keynote speech by Maureen Furniss, an American author, historian and educator who is being honored with this year’s Award for Outstanding Contribution to Animation Studies.

Locals and visitors will be welcome to seven Open Air park screenings of Persepolis, April and the Extraordinary World, Magic Mountain, Endgame, Corto Maltese, Late Night Work Club: Strangers and Savage Religions. Additional screenings will celebrate music videos, Cartoon d’Or nominees, and films for young viewers in the Family Program and Children’s Film Competition (augmented by special events across the city). Animafest also offers a Video Game Workshop, and this year introduces “animacycling” on May 20. This novel event combines animation and recreation as participants enjoy a sunset pedal from Tuškanac and finish at Zrinjevac, lead by quads with projectors which will transform Zagreb’s streets into an ever changing screen for bike-themed films The Triplets of Belleville, Me and My Moulton, Velodrool and Father and Daughter. 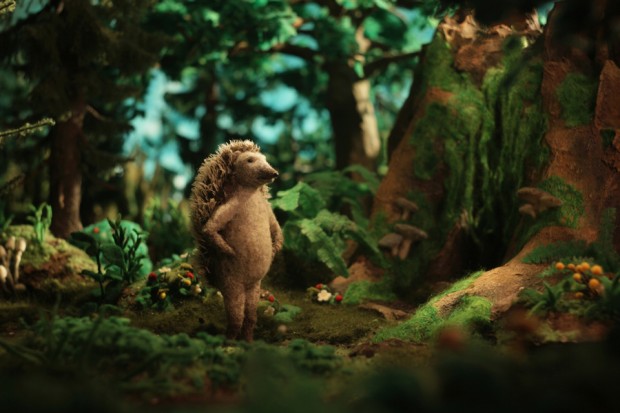