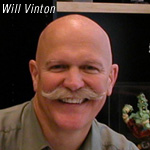 The Los Angeles Animation Festival will pay tribute to stop-motion innovator Will Vinton in its second annual edition, set for Dec. 2-5.

The festival will take place at Cinefamily’s theater, located at 611 N. Fairfax, and will include a 35 mm screening of Vinton’s The Adventures of Mark Twain.

Tentative plans include a retrospective of MTV animation and a range of shorts from experimental to anime.

The festival also will throw several parties and host three contests, which are:

The festival is being put on by co-directors Miles Flanagan, owner and lead director of Parallax Studioworks  and John Andrews, executive producer of production company ka-chew!, in conjunction with their partner, the non-profit Cinefamily.

Further information on the contests, including submission deadlines, can be found at the festival website www.laafest.com

You may also like...
Related Topics:Animation Fest, Fete Vinton, L.A.