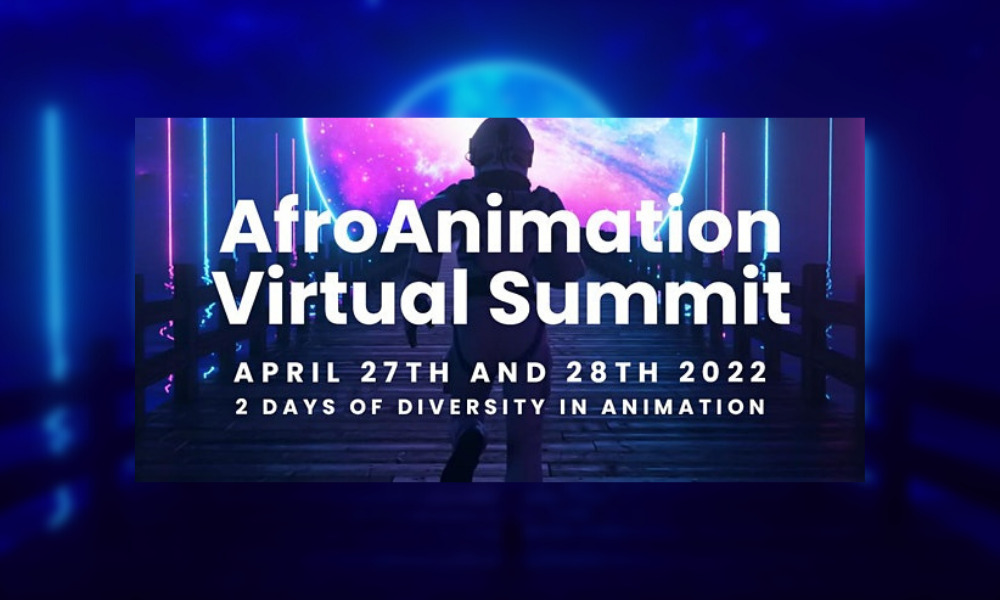 AfroAnimation, the largest annual summit for Black animators, announced today more than 3,400 creators have registered for the free virtual event, to be held April 27-28.

The second annual summit marks the first time a coalition of major animation studios from the U.S. and Canada have come together to celebrate diversity in the industry and hire Black talent. Fifteen finalists for the international AfroAnimation Short Film Award will be judged and awarded live during the event.

More than 70 industry leaders will speak at the 2022 AfroAnimation Summit. Session topics include ‘Developing Original Animation Series and Movies’, ‘Getting a Job in Animation – The Disney Edition’ and ‘Drawing Ourselves: Being Black in Animation’, as well as a special panel featuring artists and writers from the Cartoon Network Studios series Craig of the Creek. A screening room will offer a first look for attendees at some of the year’s most anticipated blockbuster animation movie releases in the U.S.

“We launched AfroAnimation in 2021 to help increase diversity in the industry and the response has been overwhelming,” said Keith White, Founder, AfroAnimation. “We were proud to bring together a truly diverse and global team representing the industry, as well as attendees from Nigeria, Kenya, South Africa, the U.K., France, Brazil, Canada and the U.S. last year. In our second year, we’ve attracted an even larger number of industry partners who are committed to increasing diversity in the animation industry.”

More than 48% of people registered for this year’s event are women, a 15% increase over 2021. Attendees include artists, creators, animators, producers, storytellers, writers, voice over talent, VFX, film executives and industry recruiters. A resume and creative portfolio portal available to attendees will connect diverse artists and creators to open job listings and major studio recruiters. Interviews will take place during the summit in a virtual interview booth.

The AfroAnimation Short Film Award will be announced at an awards ceremony on Thursday, April 28. The winner of this international animation short film competition, which attracts filmmakers from around the world, will be presented a $5,000 prize. Registered summit attendees can screen the 15 semi-finalists and vote for the winner on the summit’s live platform — Hopin — with audience voting accounting for 40% of the judging, alongside a panel of industry leaders.

“I am delighted by the growth of AfroAnimation this year. With our studio partners, we are able to provide access to the animation industry to a diverse, global audience,” said Rio Cyrus, Co-Chair, AfroAnimation. “This is exactly why we embarked on this mission.”

Learn more about AfroAnimation, see the full program agenda and register to attend (for free!) at afroanimation.com.