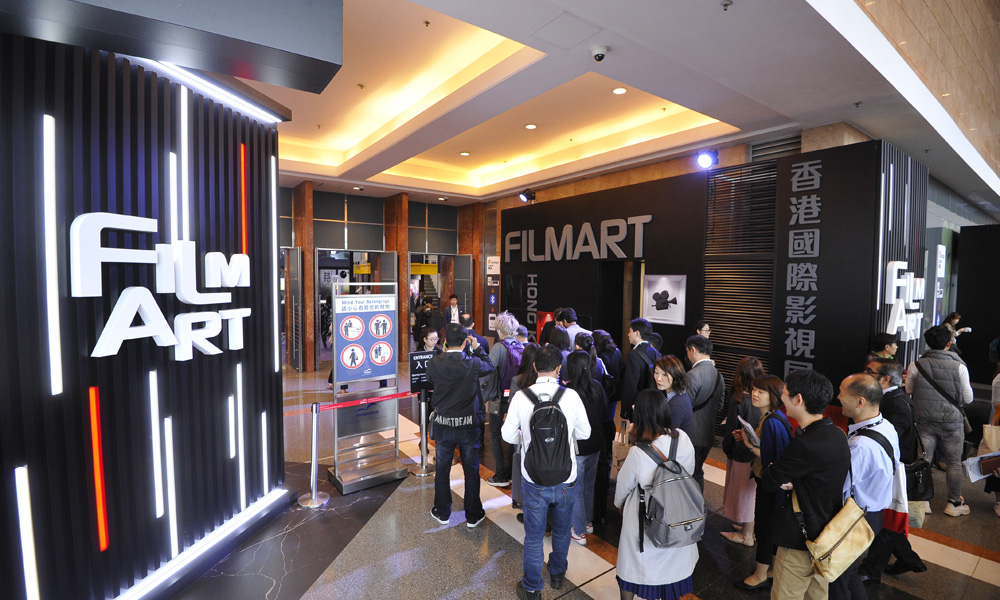 Acort International, a U.S. exhibitor and long-time FILMART participant, reached a distribution agreement for war film World W4R with buyers from Korea, Vietnam and India on the second day of the exhibition. Horizon Motion Pictures from Canada featured Wedding and Lovers Tourist around the World and discussed with filmmakers from the Philippines, India, Indonesia and the United Kingdom. This documentary will have two episodes on each place to introduce local wedding ceremonies and cultural traditions.

Sil-Metropole Organisation Ltd. from Hong Kong said its martial arts films were popular among Southeast Asian buyers at FILMART, with a number of investment discussions ensuing, including for The Shaolin Temple 2. Sil-Metropole also revealed that a virtual reality production company from the U.K. intends to remake its action movies and micro-movies with VR technology.

Mainland China-based China Central Television (CCTV) does a lot of international business, with 60% to 70% of the buyers of its drama series coming from overseas. CCTV said many new-media platforms, including Facebook, in addition to TV stations, negotiated with them at FILMART this year. Mainland animator Fantawild Animation Inc. from Guangdong Province reached a broadcasting agreement with an Indian TV station for the company’s animation Boonie Bears on the third day of FILMART.

FILMART’s seminars featured an impressive line-up of nearly 60 leading industry representatives from the film, digital entertainment, animation and other sectors. The 14 seminars organized by the HKTDC solely or in conjunction with other institutions attracted more than 3,000 attendees.

Allan Zeman, Chairman of Lan Kwai Fong Group, believes the film and TV industries in the Greater Bay Area need to understand each other and how everyone can work together to grasp those opportunities. Sin Kwok-lam, Honorary Chairman & Founder of National Arts Entertainment and Culture Group Ltd, hopes the mainland could further relax the restrictions and quotas on Hong Kong films, allowing them to be released directly in the Greater Bay Area, which has a population of about 70 million.

The rapid emergence of OTT platforms in recent years was a hot topic of discussion at FILMART. Jonathan Spink, CEO of HBO Asia, said despite the challenges, the future is looking very healthy for OTT services. “You will see people not just selecting and paying for one platform, but for two or three, and people are watching more content than ever before.”

Sean Park, Marketing Director of YouTube International Markets, shared that YouTube has become part of everyday life, and 500 hours of YouTube content are now uploaded every minute. “Some 70 percent of views are on phones, for an average of an hour a day — about the time many spend commuting.”

Another key event taking place as part of Entertainment Expo Hong Kong, The 17th Hong Kong – Asia Film Financing Forum (HAF), successfully concluded. Widely recognized as one of the most important film-financing platforms in the region, HAF showcased 42 shortlisted projects, including 19 Work-in-Progress projects. This year also marks the third edition of the WIP program in which, for the first time, a separate section for documentary projects is organised. The program offers a great opportunity for fiction and documentary filmmakers to secure post-production funds, sales agents and film festival support.

Hong Kong International Film Festival Society Curator and HAF Director Jacob Wong called the 17th Hong Kong – Asia Film Financing Forum a resounding success. “Both the number and total value of this year’s awards have set new records, affording more resources and opportunities for filmmakers to realise their dreams. As a mission, HAF will continue to support the robust development of emerging talents in Hong Kong and Asia by seeking out promising filmmakers with interesting film projects,” Mr. Wong said.