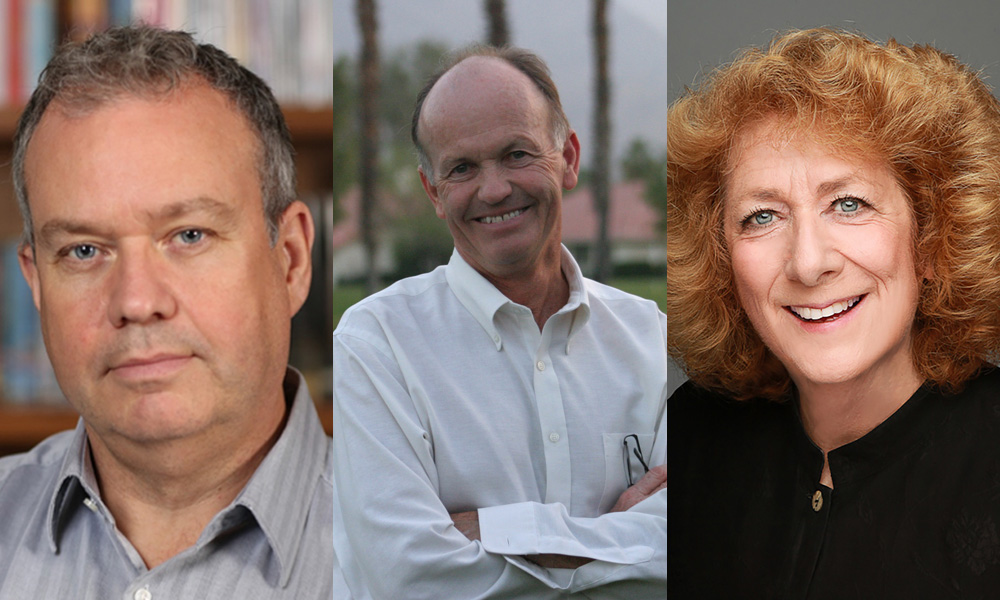 The Visual Effects Society, the industry’s global professional honorary society, announced the 2019 class of VES Fellows. The venerated honorees this year, who will be bestowed with the post-nominal letters “VES,” are: Neil Corbould, Harrison Ellenshaw and Susan Zwerman. The newly dubbed Fellows will be recognized at a special reception in Beverly Hills on October 2.

The Fellows distinction, bestowed by the VES Board of Directors, signifies that the individual has maintained an outstanding reputation and has made exceptional achievements and sustained contributions to the art, science or business of visual effects, as well as enabling members’ careers and promoting community worldwide and by providing sustained service to the VES which has significantly advanced the Society, its membership and its mission statement for a period of not less than 10 years within the last 20 years.

“Our VES Fellows represent a group of exceptional artists, innovators and professionals who have made significant contributions to the field of visual effects,” said Mike Chambers, VES Board Chair. “We are proud to recognize those who helped shape our shared legacy and continue to inspire future generations of VFX practitioners.”

Neil Corbould began in special effects in 1978 starting as a trainee on Superman, and has worked on some of the most memorable movies of our time, including The Elephant Man, American Werewolf in London, Pink Floyd: The Wall, Cliffhanger and Leon: The Professional. In 1995, Corbould supervised his first movie, The Fifth Element alongside Nick Alder. He went on to supervise classic films including Saving Private Ryan (BAFTA Award), Gladiator (Academy Award), Black Hawk Down, Gravity (Academy, VES & BAFTA Award), and Rogue One: A Star Wars Story (Academy & BAFTA Nominations). Corbould has been a member of the VES since its inception and was instrumental in helping to reinstate the special effects award into the forthcoming 18th Annual VES Awards. Corbould also served on the Academy of Motion Picture Arts and Sciences executive committee, working to keep special effects at the forefront of modern day film production.

Harrison Ellenshaw was an original member of the VES Board of Directors; he has served two terms on the VES Board and is also a recipient of the VES Founders Award. His credits as a matte artist and a visual effects supervisor include work on The Man Who Fell to Earth, Star Wars, Big Wednesday, The Black Hole, The Empire Strikes Back, TRON, Dick Tracy and Dave. During the 1980s, Ellenshaw headed up several different independent visual effects companies, including Triple DDD, which created 3D effects for the Disney theme park film Captain Eo, directed by Francis Ford Coppola and produced by George Lucas. Ellenshaw also founded Olsen, Lane & White, which was created to provide the effects for Superman IV: The Quest for Peace. From 1990 to 1996, Harrison managed Disney’s independent effects facility Buena Vista Visual Effects, which created VFX for over 35 films, including non-Disney films Wilder Napalm, The Phantom and Escape from L.A. Ellenshaw is a recipient of the Art Directors Guild Lifetime Achievement Award and an Academy Award nomination for The Black Hole.

Susan Zwerman has been a member of the VES since 1998. A successful visual effects producer, her credits include Broken Arrow, Alien Resurrection, Men of Honor, Around the World in 80 Days and The Guardian. She frequently acts as a VFX consultant doing VFX breakdowns, budgets and schedules for major studios. Prior to entering the field, Zwerman worked on more than 50 films as an assistant director and unit production manager. She is currently the Studio Executive Producer for Exceptional Minds, a nonprofit professional school and studio that prepares young adults on the Autism Spectrum for careers in digital animation and visual effects. Zwerman serves as Chair of the DGA’s UPM/AD VFX Digital Technology Committee, is the recipient of the DGA’s Frank Capra Achievement Award in recognition of her career achievement and industry service, and is also a member of the Academy of Motion Picture Arts and Sciences. She is the Co-Editor of The VES Handbook of Visual Effects, published in 2010 and 2014, and is currently working the Jeffrey A. Okun, VES on the 3rd edition, slated for publication in 2020.