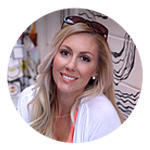 The official judges panel for The World Animation Celebration 2017 international short film animation festival have been announced, with pros from across the animation and visual effects spectrum on board. WAC is presented by Animation Libation Studios and Animation Magazine, and will be hosted by Sony Pictures Animation in Culver City, CA on September 30-October 1.

Stephen Chiodo: President and creative director of Chiodo Bros. Productions Inc. Stephen Chiodo has established himself as a highly creative special effects director with an expertise in stop-motion animation. Chiodo perfected his animation and directorial skills at Rochester Institute of Technology, where he was awarded Best Young Director at the Cannes Film Festival for his 10-minute short, Cricket. In the early ‘80s, he collaborated with Tim Burton and Rich Heinricks as a technical director and animator for the acclaimed short, Vincent. Chiodo’s directing credits include the first feature length clay animated film I Go Pogo and the cult classic Killer Klowns from Outer Space. His also created the stop-motion character animation for New Line Cinema’s Elf, and creating the cast of marionettes for Paramount’s Team America: World Police. Recently, Chiodo has directed pilots for CNN, ShowTime, Relativity Media and the Disney Channel as well as creating content for new media outlets on the Internet. Chiodo has also been sharing his experiences and knowledge by teaching stop-motion animation at the prestigious California Institute of Art.

Rick Farmiloe: For over 30 years, Rick Farmiloe has been animating childhoods by breathing life and hilarity into memorable, iconic characters. He is best known for the lovable Disney sidekicks Scuttle, LeFou, and Abu in the classic Academy Award-winning films The Little Mermaid, Beauty and the Beast, and Aladdin. At the age of five, while watching Walt Disney’s Pinocchio, Farmiloe was bitten by the cartoon bug. After years of creating his own cartoons for family and friends, he was determined to be a Disney animator — in January 1982, he was hired by Walt Disney Productions. During his 11 years under contract, Farmiloe animated on seven features, including: The Black Cauldron, The Great Mouse Detective, Oliver and Company, and The Rescuers Down Under. Other feature film credits include: The Swan Princess, The Prince of Egypt, The Road to El Dorado, Shrek, Rugrats Go Wild, Curious George, The Simpsons Movie, The Boxtrolls, The Iron Giant: Signature Edition, and four Tom and Jerry direct-to-DVD films. In 2011, Farmiloe was an animator on two Annie Award-winning productions: Adam and Dog, which also received an Oscar nomination, and Kung Fu Panda: Secrets of the Masters.

Anthea Kerou: Anthea Kerou is a 3D character animation professional with 12 years of experience on feature film animation and visual effects. She has worked at studios such as Blue Sky, Disney, DreamWorks, Sony, and Digital Domain, and on films such as Bolt, Horton Hears a Who, Cloudy with a Chance of Meatballs, Shrek Forever After, and Transformers 3. She has also been a 3D character animation teacher for six years at schools such as The Academy of Art, Animation Mentor, and AnimSchool, and values supporting new talent to grow their storytelling and acting animation skills. Kerou has worked extensively in leadership training, where she supports teams in achieving their highest potential, personally and professionally.

Lee Lanier: Lee Lanier has worked as a professional computer animator and visual effects artist since 1994. He has over 70 features, shorts, music videos, trailers, and commercials to his credit. While at Buena Vista Visual Effects at Walt Disney Studios, he created VFX for numerous feature films. While at PDI/DreamWorks, he served as a senior animator on Antz and Shrek. Along the way, he directed a series of independent, animated short films that went on to play 200+ film festivals, museums, and art galleries worldwide. His work has been featured at such venues as Sundance, Slamdance, SXSW, the Ottawa International Animation Festival, Boston Museum of Fine Arts, and the Smithsonian Institution. As a world-renowned expert in the animation and VFX fields, Lanier has written high-end software books that have sold 30,000 copies, has authored VFX training videos for lynda.com, has taught VFX compositing at the Gnomon School of Visual Effects in Hollywood, and is a member of the Visual Effects Society. A strong supporter of the arts, Lanier co-founded the Dam Short Film Festival – Nevada’s largest film festival – and continues to serve as its executive director. He also co-manages the Boulder City branch of Dr. Sketchy’s Anti-Art School. In addition, he curates The Art Space gallery in Boulder City and is a member of the Boulder City Art Guild. Lanier has recently turned his skills to painting, creating his first two series in 2015.

Audu Paden: Audu Paden has been turning big pencils into little ones professionally for over 30 years. He has produced and directed over 300 hours of television programming. Including 15 CGI features. His credits include: Monster High, Animaniacs, Ever After High, Stuart Little 3, Spider-Man the animated series for MTV, Max Steel, Extreme Ghostbusters, Project Geeker, Pinky and the Brain, Tiny Toon Adventures, Taz-Mania, Rugrats, The Simpsons, Tak and the Power of Juju for Nickelodeon, and Hot Wheels: Battle Force Five for Cartoon Network. Paden has received the Peabody Award, the Media Access Award, A Gemini and two Daytime Emmys. Raised in West Africa and the United States, he encourages the rumor that he was raised by apes. He went on to study theater at Northwestern University and film at UCLA.

Robb Pratt: Robb Pratt is a Disney veteran, having started in the feature animation studio in 1994 as a traditional animator. After animating on such modern Disney classics as Pocahontas, Fantasia 2000, Hercules and Tarzan, Pratt eventually joined Disney TV Animation as a storyboard artist, where he has boarded such shows as Mickey Mouse Clubhouse and Kim Possible, and directed the Disney Channel hit series The Replacements. As an independent animated filmmaker, Pratt produced and directed the short films Superman Classic, Bizarro Classic and Flash Gordon Classic. He is currently a director on the Disney Channel Series Elena of Avalor.

Charles Solomon: An internationally respected critic and historian of animation, Charles Solomon has written on the subject for the New York Times, Newsweek (Japan), Rolling Stone, the Los Angeles Times, The International Herald Tribune, Variety, the Manchester Guardian, and National Public Radio. His books include The Art of Frozen, The Art of the Disney Golden Books, The Toy Story Films: An Animated Journey, Tale as Old as Time: The Art and Making of Disney’s Animated Classic Beauty and the Beast, The Art of Toy Story 3, and Enchanted Drawings: The History of Animation, which was a New York Times Notable Book of the Year and the first film book to be nominated for a National Book Critics’ Circle Award. In 2008, he received the LA Press Club Award for radio feature reporting. in 2015, Solomon received ASIFA-Hollywood’s June Foray for service to the art of animation.

Animation Magazine, now celebrating its 30th anniversary year, is the oldest publication promoting the business, art and technology of animation worldwide through its print and digital magazine, website, daily newsletter, job board and events.

Animation Libation Studio is a global animation studio and gateway between higher education and the industry that makes it possible for newly emerging artists to work together with seasoned industry professionals from around the world to create original content for film, television, and the web.

A world leading animation and family entertainment production company, Sony Pictures Animation is following its worldwide hit franchises Hotel Transylvania and Cloudy with a Chance of Meatballs and spring release Smurfs: The Lost Village with The Emoji Movie (July 28) a surprising and comic take at the secret world inside our phones; the inspirational feature The Star (Nov. 10); plus Hotel Transylvania 3, Peter Rabbit, Goosebumps: Horrorland and an animated Spider-Man feature from directors Chris Miller and Phil Lord in 2018. The studio’s recent home entertainment releases Open Season: Scared Silly and Surf’s Up 2: WaveMania are available on DVD and digital. Sony Pictures Animation is a division of the Sony Pictures Motion Pictures Group. 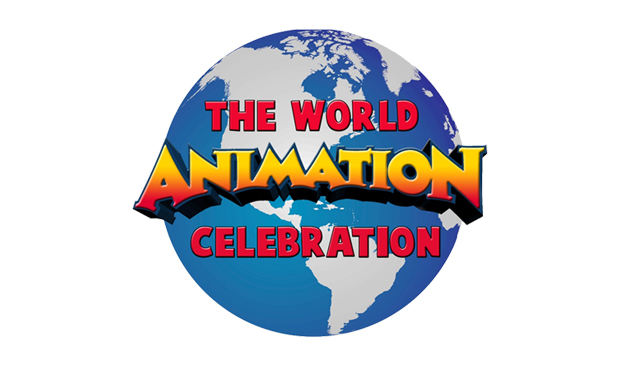