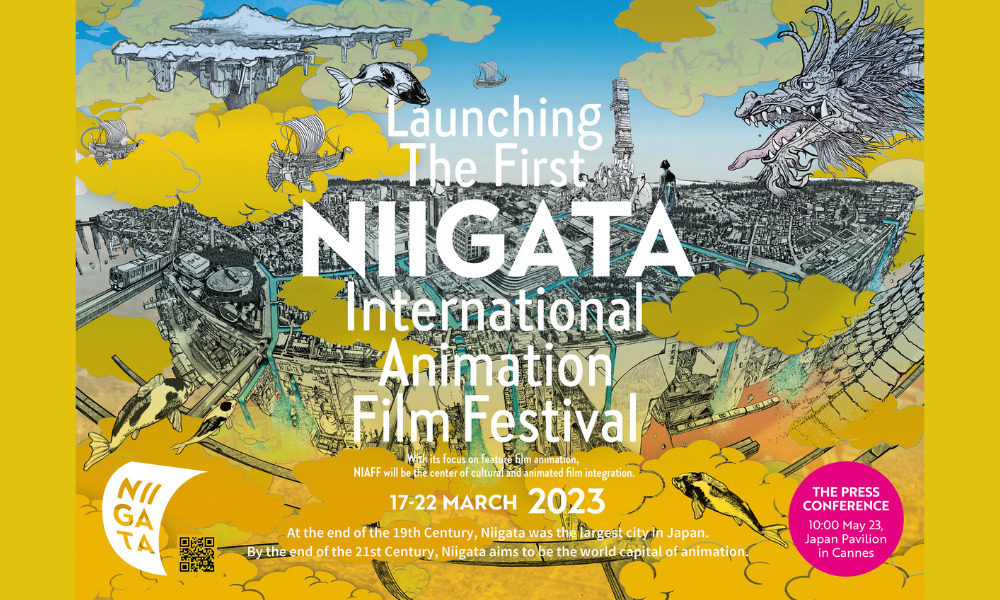 In a special announcement from Cannes, details of the first annual Niigata International Animation Film Festival were revealed. Organized by the NIAFF Executive Committee, produced by film distributor/cinema operator Eurospace and anime production outfit Genco — with applications in for support from Japan’s Ministry of Economy, Trade and Industry and the Agency for Cultural Affairs — the inaugural edition is planned for March 17-22, 2023.

With a focus on commercial animated features, NIAFF aims to create a prestige meeting place between culture and animation, showcasing movies produced for theaters, streaming platforms and even feature length works remounted from TV series on equal footing.

“VOD has changed the way we watch movies and the codes of cinema. The seventh art has become accessible and mobile. The experience of watching a film at home is different from the one in a movie theater, where time, space and reactions are shared,” commented Program Artistic Director Tadashi Sudo. “Our ambition is to honor every animated film, whether it is shown in theaters, on VOD services or on television. We refuse to rank anime by the form of its exploitation. Creativity and storytelling are at the heart of our festival.”

Animated films are now being produced all over the world; in Asia, Europe, America, Africa, the Middle East and Oceania. Each country produces works that vary greatly in style, carrying different stories and cultural values. Previously intended for children and fans, animation is becoming increasingly popular around the world. In this context, and while the major animation events tend to be centered in Europe and North America, NIAFF seeks to give animation a proper platform every year, in the heart of Asia, by creating a place for meeting, exchange and transmission that brings new perspectives to the world.

NIAFF will invite universities, studios and other organizations dedicated to animation together to organize events such as training workshops, conference on the international industry and market, and seminars. The festival will also explore new theories in the world of animation, covering topics rarely discussed on the international level and creating a space for critical thinking. 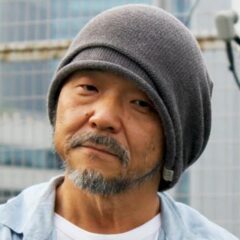 “An animated film is a fiction film, but the ways of producing and shooting are incomparable. Animation is a completely different discipline, the differences are multiple: between the acting and the drawing of the animator, between the role of the director of a fiction film and that of an animation film,” said director Mamoru Oshii (Ghost in the Shell, Innocence, Sky Crawlers), who serves as jury president for the 1st NIAFF. “I would add that Japanese animation is a very special exercise…”

The festival organizers emphasized that animation is a representative culture of Japan, and must be valued, maintained and developed in the country. Japan has long been a hub of animation in East and Southeast Asia and must have an international animation film festival to promote creation, training of talents, circulation of works, encourage the birth of collaborations and promote animation as a whole.

As a port city on the Sea of Japan, Niigata was the largest city in Japan in the 19th century. It remains a major hub between China, Korea and Russia. Its rich nature, culture and history, as well as its proactive approach to creativity, attract many people. Many leading manga artists and animation creators were born there. Japan’s first full-color animated
feature film, Hakujaden (The White Snake) was created by Niigata natives Hiroshi Okawa and Koji Fukiya, at the Toei animation studio.

In 2012, Niigata City established the “Manga and Anime City Development Concept” to enhance the city’s appeal as a manga city, promote it nationally, support the sustainable development of manga and anime-related industries, and revitalize the city.

Furthermore, with the development of new production methods and the recent changes in lifestyle due to the COVID-19 pandemic, many people working in animation production are moving outside of Tokyo and new studios are being created. Japan currently has a record number of 400 students training to become animation and manga artists at vocational schools and professional universities across the country. 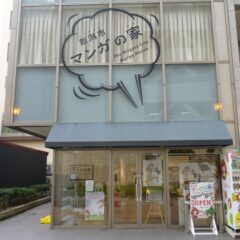 Niigata is already home to…

In addition to Sudo, an animation journalist, and Oshii, the inaugural festival is being led by Festival Director Shinichiro Inoue (former Editor-in-Chief of Newtype), Secretary General Taro Maki (Genco producer, In This Corner of the World, Mobile Police Patlobar) and Chairman Kenzo Horikoshi (Eurospace producer, Annette, Like Someone in Love). The Executive Committee is presenting NIAFF in collaboration with Kaishi Professional University and Niigata University (TBC).

The program will comprise a feature film Competition (10-12 films), a Global Trends overview of contemporary animation from around the worlds (8-10); The Future of Animation awards for people and works that have contributed to the evolution of animation; the Manga Gaze, exploring the relationship between animation and comics; Retrospectives highlighting international artists and artistic movements; Academic Program (industry seminar & conference) and Educational Program (symposiums & workshops).

Outside the main program, attendees will be able to enjoy an Opening Ceremony, live Animation Song performances and Projection Mapping around the venue, with the motif of the animation work on offer. Special exhibitions such as “A History of Animated Clothing” are also being considered.

The NIAFF film competition will be open for submissions from November 2022, overseen by a selection committee including international critics.