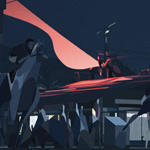 The annual Animation Show of Shows theatrical tour is back for a 19th edition, with 16 deserving shorts exploring a variety of topics and techniques lined up for the program — from Niki Lindroth von Bahr’s black comedy-musical The Burden to the groundbreaking interactive universe of David OReilly’s Everything. This year’s larger thematic atmosphere reflects the growing social instability and global anxiety about pressing issues, and how we each find our place in a complicated world.

Here is a brief rundown of the shorts in the 92’ 11″ program, in screening order. You can find more information on the films and filmmakers as well as engagement schedule at www.animationshowofshows.com.

Can You Do It – Quentin Baillieux, France

Joyfully mixing incongruous elements from the highbrow world of horse racing and the “mean” urban landscape, this beautifully designed music video explodes preconceptions of race and class as cultures gracefully collide on the streets and freeways of Los Angeles. The infectious track by LA artist Charles X, whose music combines strains of hip-hop, soul and jazz, is perfectly realized in the stylized blend of abstraction and representation, languidness and kineticism, in this evocative nocturnal fantasy. [Watch]

At once fanciful and disquieting, “Tiny Big” presents a series of seemingly unrelated vignettes expressed through simple black-and-white line drawings, punctuated with occasional surprising bursts of color. Underscored by a soundtrack featuring the sounds of nature – wind, waves, crickets – the film eschews narrative, challenging viewers to draw their own conclusions about the significance of ritualized actions in a world that’s both hauntingly familiar and decidedly strange. [Trailer]

Next Door – Pete Docter, US

An over-imaginative young girl drives her middle-aged neighbor crazy with her noisy adventures, until a shared enthusiasm brings them together. Directed by two-time Oscar-winner Pete Docter when he was a student at Cal Arts, “Next Door” – which presages the director’s future work with its striking design and highly imaginative visuals – is a wonderful evocation of the power of imagination and the possibility of finding common ground. Winner of the Gold Student Academy Award 1991.

Sometimes having special powers beyond those of most mortals doesn’t work out all that well (especially for your long-suffering wife), as this very funny tongue-in-cheek fable amply demonstrates. Blessed – or cursed – with the gift of precognition, the eponymous Alan discovers that being “the next step in cognitive evolution” can wreak havoc with your domestic life – and lead to some hard choices. [Trailer]

As much about light, color, texture and sound as it is about “story,” “Beautiful Like Elsewhere” evokes a mysterious dreamscape of shimmering tableaux that seem to exist just on the edge of consciousness. Populated by human and nonhuman organisms, classical images and pure form, this allusive world, which may be a vision of the afterlife, hints at a deeper level of awareness and meanings beyond words.

Originally produced in 1964 and restored by the Animation Show of Shows, “Hangman” is an adaptation of a poem by Maurice Ogden about a town that allows its citizens to be executed one by one. With its universal themes of persecution, injustice and personal responsibility, this powerful film speaks to all eras and nations, and may be seen to have particular relevance in our own time. [Watch unrestored version]

Georges Schwizgebel’s “deconstruction” of a painting by Paolo Uccello (1397-1475) is a meditative and hypnotic exploration of the visual elements that comprise Uccello’s masterpiece, which itself is renowned for the skill with which the artist brings order to the chaos of armed conflict. Yet, with its deliberative pacing and haunting score, the film is more than simply a masterful exegesis of color, form and space, evoking deeply felt emotions about the nature of conflict and the horrors of war.

Channeling the spirit of Charlie Chaplin – or perhaps Jacques Tati – this very funny tale of a series of unfortunate events in a Japanese mall displays both an impressive attention to detail and great comic timing. Even if you’re not a fan of chiropractic, grown men dressed as fuzzy animals, automated conveyances, garish décor, and/or robotic cleaning devices, “Gokurosama” will show you how, when you put all of these together, it spells highly entertaining animated mayhem.

Directed and animated by Disney veteran Glen Keane and scored by legendary composer John Williams, this moving short film brilliantly brings to life a poem written by Los Angeles Lakers superstar Kobe Bryant on the occasion of his imminent retirement from the sport he loves. Chronicling Kobe’s journey from a young boy shooting baskets with rolled-up socks to his arrival at the pinnacle of basketball celebrity, “Dear Basketball” pays tribute to the ideal of pursuing one’s dream, as well as having the wisdom to know when it’s time to move on to the next challenge.

Giving new meaning to the term “rhythms of nature,” a host of fanciful flora, fauna and geological formations go about their daily lives in this engaging and highly imaginative foray into the wilds of a strange and colorful world. Accompanied by hissing, wheezing, whistling and tweeting, the action takes on increasing urgency, ending in a surprising climax that’s as natural as it is unexpected. [Trailer]

If Ingmar Bergman had made stop-motion animations with singing, dancing animals, they might have looked a little like this. Set in a small commercial park, this melancholy and mordantly funny film (which could have been titled “Existential Angst – The Musical”) explores the tribulations, hopes and dreams of the denizens of this downscale microcosm of Western society. At once bitingly satirical and genuinely moving, “The Burden” is a beautifully realized paean to despair. [Trailer]

Usually it’s not a good sign when a film opens with death walking in the door; however, in this wry short, the appearance of the Grim Reaper (who exits again as quickly as he arrived) is just one of several intersecting stories that unfold within the hive-like confines of the film’s tranquil universe. Deftly playing with narrative structure – while challenging the viewer to keep up – “Les Abeilles domestiques” is a masterful exercise in “deconstruction” that’s both extremely clever and highly entertaining.

“The common chameleon is equipped with double-sided vision, a remarkable camouflage ability, and a tongue that can stretch out twice the length of its body. Despite all of its advantages, it has yet to develop appropriate countermeasures against its biggest weakness…” This cautionary tale reminds us yet again that sometimes there can be too much of a good thing (especially if our powers of discernment leave something to be desired.) [Watch]

This jazzy, impressionistic depiction of the iconography and energy of a gambling casino (a favorite destination of director Steven Woloshen’s late father, to whom the work is dedicated) is all the more impressive for having been created in Woloshen’s signature style of drawing directly onto the film. With Oscar Peterson’s “Something Coming” as its upbeat soundtrack, the film is a breathlessly kinetic and visually dazzling representative of the possibilities of nontraditional animation techniques. [Trailer]

Everything – David OReilly, US

Based on the work of philosopher Alan Watts, who was instrumental in popularizing Eastern religion in the West, this brilliantly conceived and executed short explores the interconnectedness of the universe and the multiplicity of perspectives that underlie reality. Like Watts himself, the film is both playful and profound, and its unique iconography – from somersaulting bears to interstellar flora – allows it to convey weighty ideas with lightness and lucidity. [Trailer]

The Animation Show of Shows is founded and curated by Ron Diamond. 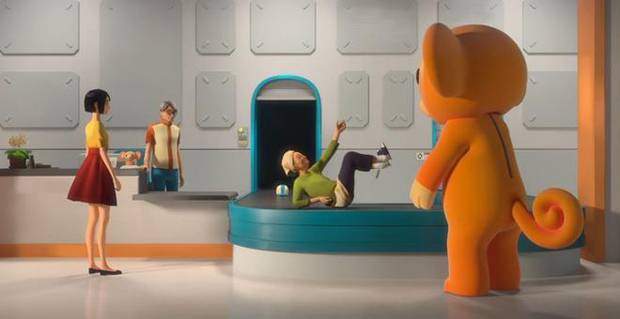 Can You Do It 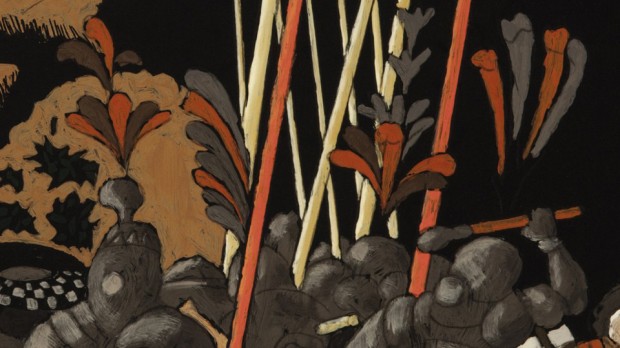