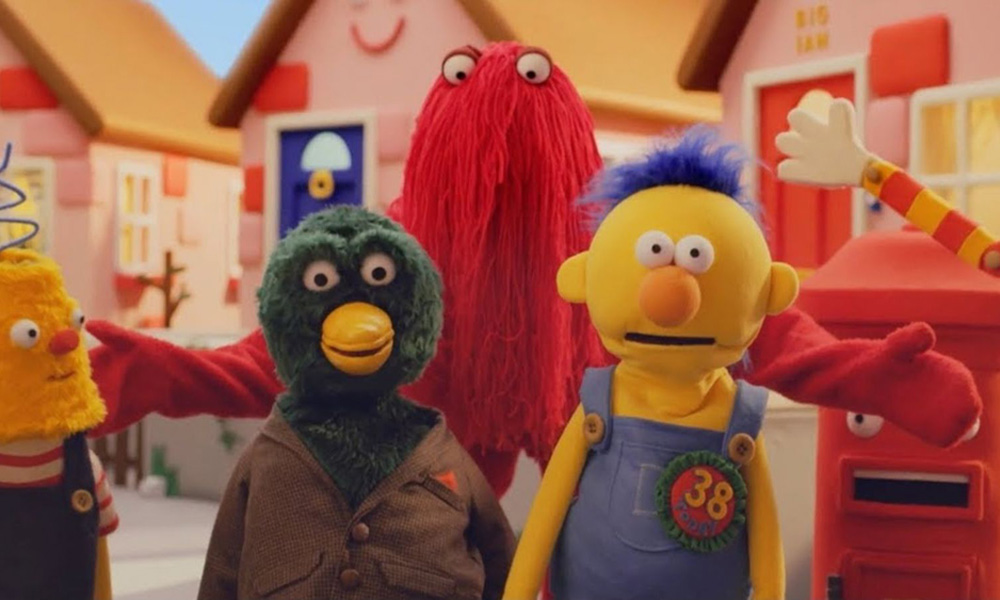 The Sundance Institute has made its short film, TV & web series and special event programming selections for the 2019 Sundance Film Festival — running January 24 to February 3 in Park City, Utah. Among the 73 shorts picked out are 15 animated works from around the world, including international festival favorites like Muteum, Obon and Untravel.

Outside the animation category, unsettling yet iconic live-action/puppetry/animation webseries Don’t Hug Me I’m Scared (created by, written and starring Becky Sloan, Joseph Pelling and Baker Terry) is contending in the Indie Episodics section.

Acid Rain (Poland; director and screenwriter: Tomek Popakul) After running away from her depressing village in eastern Europe, a teenage girl meets a new friend under a bridge.

Albatross Soup (Director and screenwriter: Winnie Cheung) A dizzying descent into deductive reasoning based on an entertaining yet disturbing lateral thinking puzzle.

animistica (Austria/Germany/Mexico; director: Nikki Schuster) An expedition into rotting animal carcasses and rampant spider webs, accompanied by a gloomy drone like a swarm of hungry flies. Foraging around the borderlands of the horror genre in a kaleidoscope of ecology in all its horrifying beauty.

The Call (Romania/France; director and screenwriter: Anca Damian) A phone call, a bathroom and a woman are at the intersection of the world.

Chichi (Director and screenwriter: David Nessl) My dog has dreams and he tells me about them. I made a movie about those dreams. This is that movie.

Count Your Curses (Belgium; director and screenwriter: Lorène Yavo) In a town where supernatural beings are part of everyday life, two roommates had their house spirit devoured overnight, again. They go on their way to find a replacement spirit and a solution to their pest problem.

Knockstrike (Spain; directors and screenwriters: Marc Torices, Pau Anglada, Genis Rigol) Two men accidentally exchange briefcases. One contains a videotape that will lead the new owner to embark on an unexpected journey to figure out what is in it.

Muteum (Estonia/Hong Kong; director and screenwriter: Aggie Pak Yee Lee) In an art museum, we learn — from outer to inner, from deep to its deepest, seriously and sincerely. (This film will screen on “Day One,” the festival’s opening night.)

Obon (Germany; directors: André Hörmann, Anna Samo, Screenwriter: André Hörmann) During the festival of Obon, one of the last survivors of the atomic bombing of Hiroshima receives the spirits of her parents, and is haunted by memories.

Octane (Director and screenwriter: Jeron Braxton) A man’s street race through hell and back parallels the black experience in America.

The Phantom 52 (Director and screenwriter: Geoff Marslett) Loneliness: a trucker who calls out on his CB radio waiting for a reply that never comes. A ghost that haunts the deserted highways. A whale that sings at a frequency no other whale can even hear.

Reneepoptosis (U.S./Japan; director and screenwriter: Renee Zhan) Three Renees go on a quest to find God, who is also Renee. As they traverse the mountains and valleys of Renee, they discover all the great joys, sorrows, and mysteries of being Renee.

Sister (U.S./China; director and screenwriter: Siqi Song) A man thinks back to his childhood memories of growing up with an annoying little sister in China in the 1990s. What would his life have been like if things had gone differently?

Under Covers (Director and screenwriter: Michaela Olsen) On the night of a lunar eclipse, we uncover the sweet, salacious, and spooky secrets of a small town. From a pigtailed psychopath to naughty nuns, this stop-motion animated film conjures a comforting thought: that weird is relative.

Untravel (Serbia/Slovakia; directors: Ana Nedeljkovic, Nikola Majdak, Screenwriter: Ana Nedeljkovic) A girl lives in an isolated country, enclosed by a huge wall. She has never traveled anywhere, but all her life she has dreamed of leaving forever for a perfect world called Abroad. 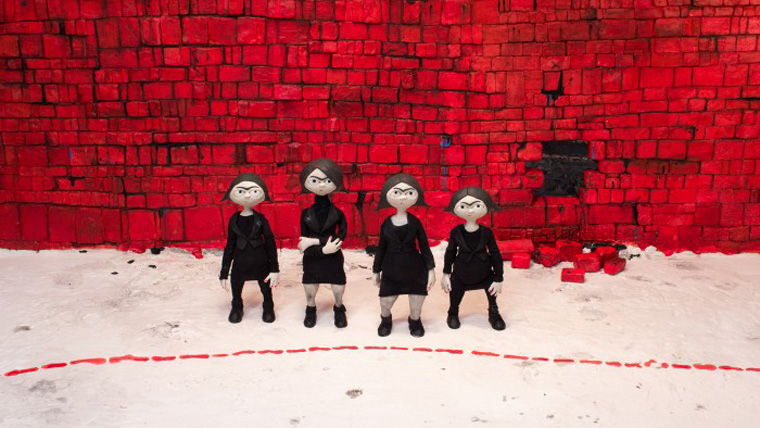 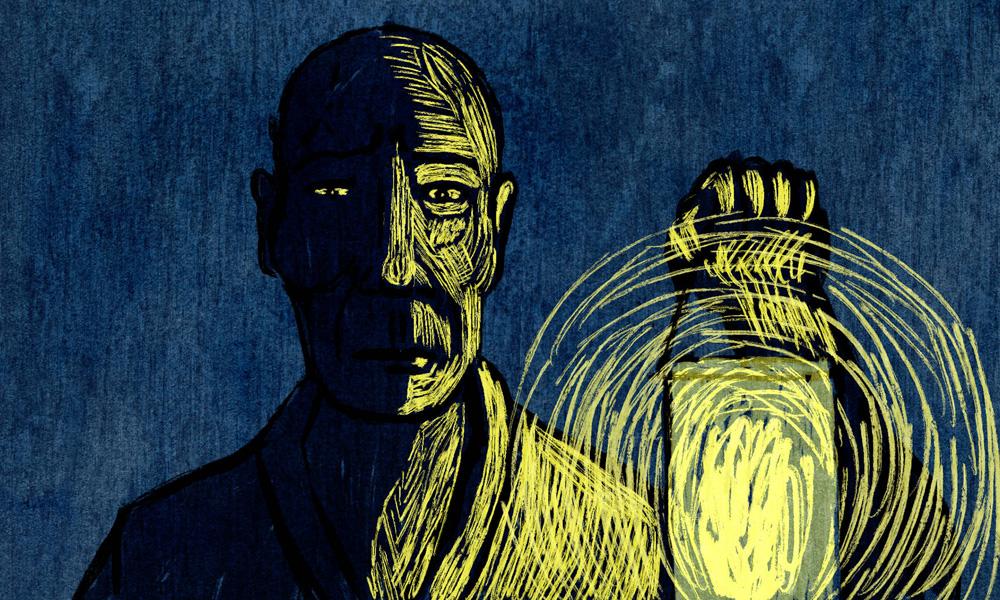 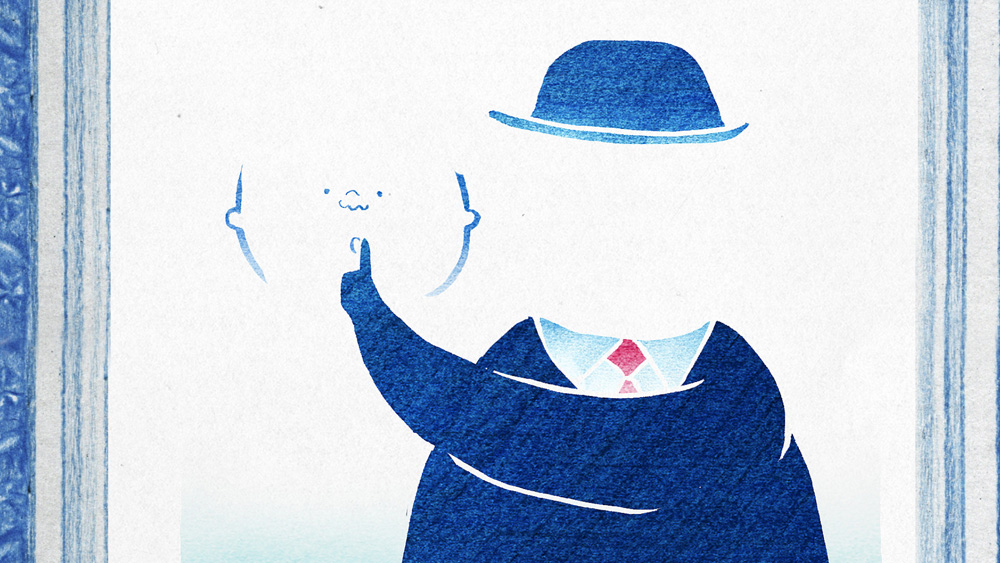