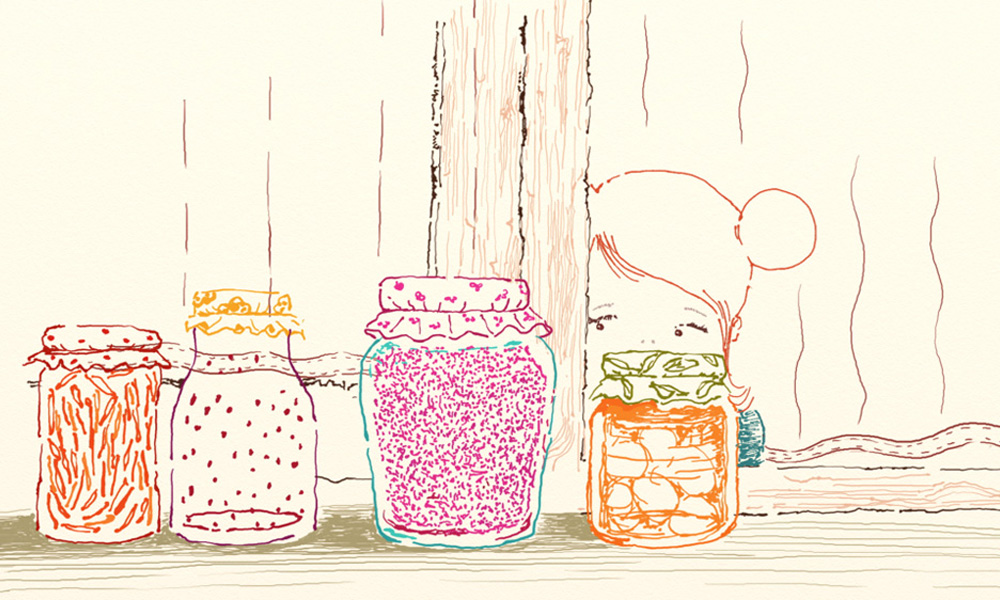 The Academy of Cinema Arts and Techniques in France has unveiled the dozen animated shorts under consideration for a nomination slot in the 2019 César Awards. Representing a variety of techniques and distinctive artistic styles, the selection includes many of the year’s most highly praised films from the international festival circuit.

Voting members of the Academy will narrow these contenders down to four nominees between January 2-22; nominations for the awards will be announced at a press conference on January 23.

The shortlisted project are: 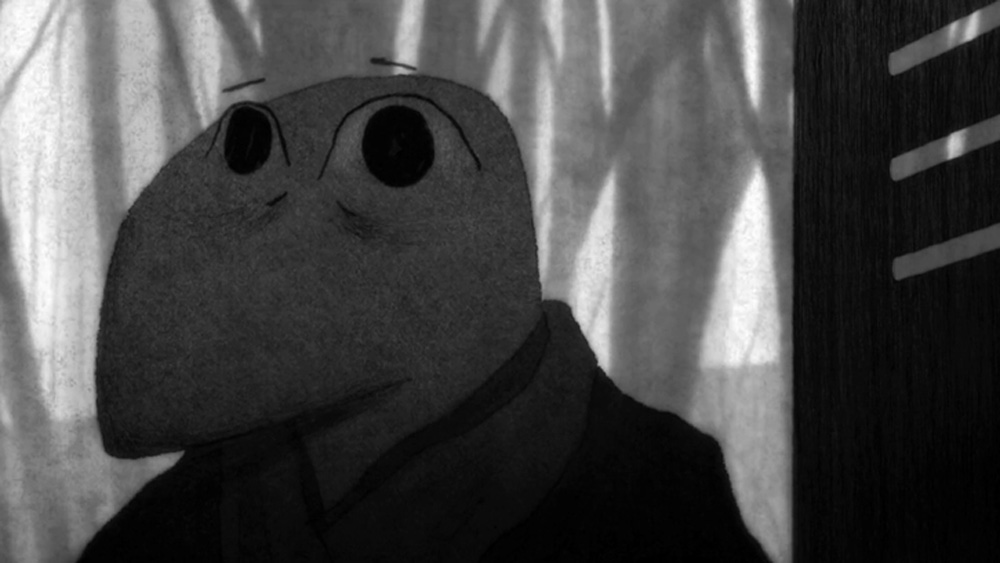 (Fool Time) Job by Gilles Cuvelier [Papy3D Prod.; France]
Pedro has found a new job. The job’s kind of bizarre, but these days, he can’t afford to be fussy. It’s a great opportunity for him! And anyway, he’s never been the kind to get cold feet. [Trailer] 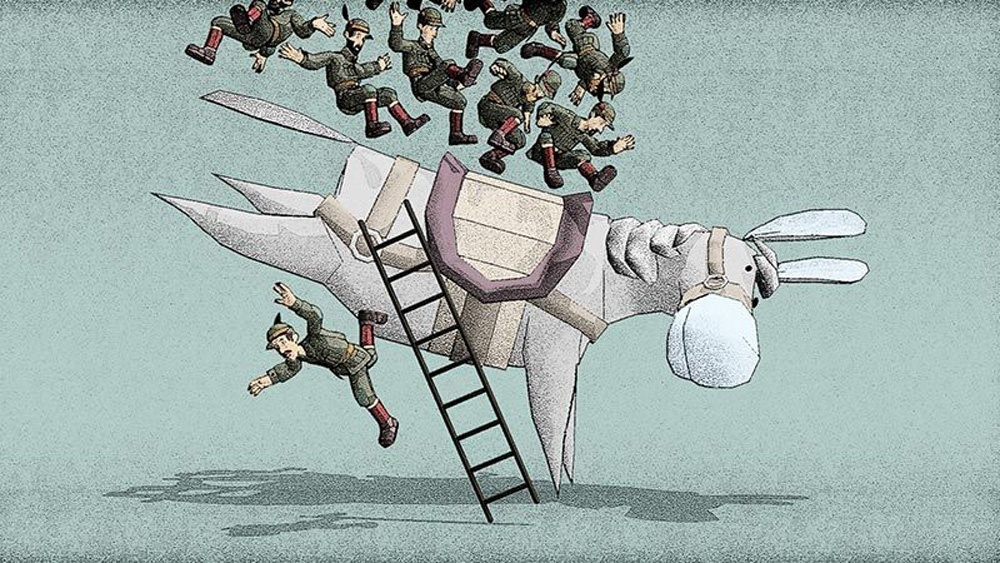 59 Secondes by Mauro Carraro [Nadasdy Film Sarl, Autour de Minuit, RTS Radio Télévision Suisse; France/Switzerland]
59 seconds is short when it comes to changing the destinies of two people, of an entire region, or of a country, but it can seem like a long time when the earth is trembling. [Trailer] 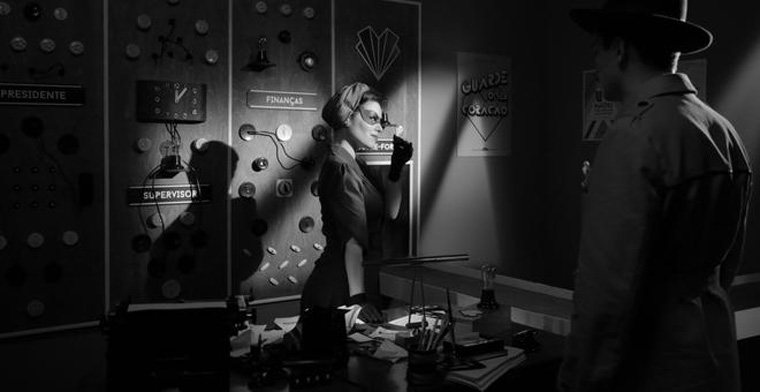 Au Coeur des Ombres by Alice Eça Guimarães and Mónica Santos [Animais Avpl; Vivement Lundi!; Um Segundo Filmes; Portugal/France]
Trapped in a tedious job, Natália engages in a search for a stolen heart. In a world where hearts can be deposited in a bank, the protagonist faces a dilemma: give her heart or keep it to herself. [Trailer] 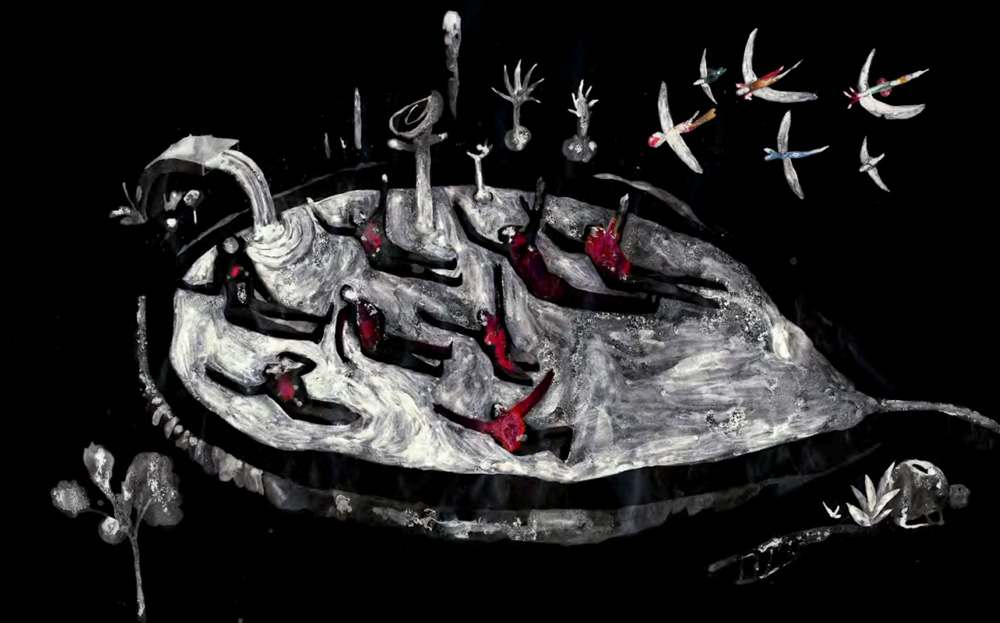 La Chute by Boris Labbé [Sacrebleu Prod.; France]
As celestial beings descend to Earth vitiating its population, the world’s order unbalances. Initiated by these terms, a tragic fall leads to the parturition of crucial opposites: Hell and Heaven’s circles. [Trailer] 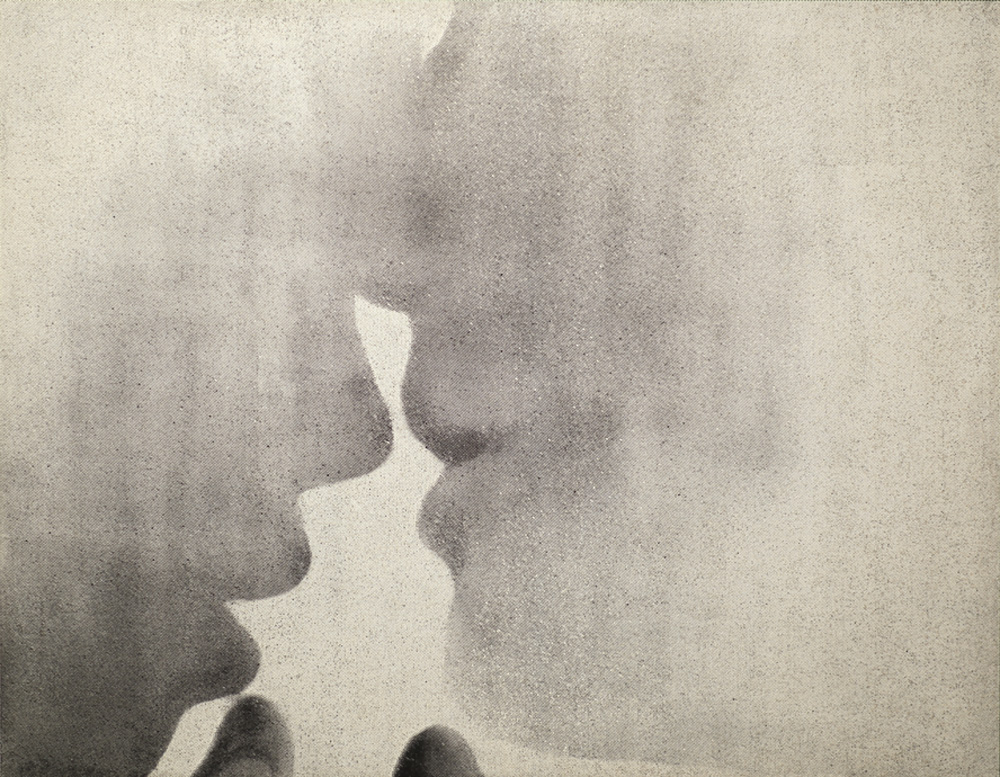 Étreintes by Justine Vuylsteker [Royal Abbaye of Fontevraud residency, Cinematheque of Montreal residency, CICLIC Animation, NFB; France/Canada]
A woman stands facing the open window and watches the dark clouds on the horizon. Motionless, she struggles against her memories resurfacing.

A passionate embrace appears in the clouds. [Trailer]

Féroce by Izù Troin [Folimage, Caravel, Popiul; Switzerland/Belgium]
After being kidnapped in his apartment, a young business man awakens in the middle of a forest, where he is being tracked by a mysterious hunter. [Trailer] 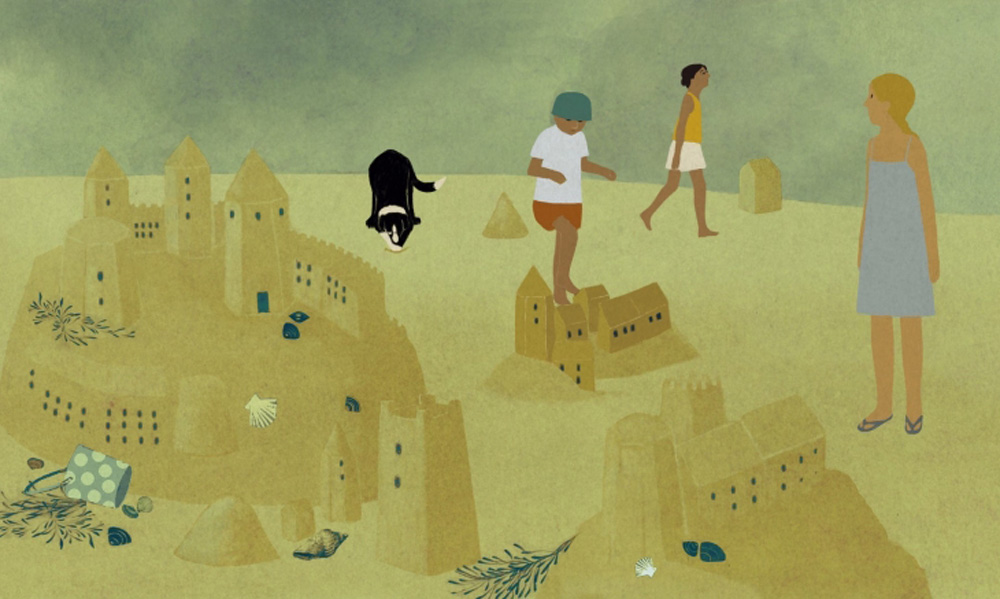 Il S’est Passé Quelque Chose by Anne Larricq [Les Films à Carreaux; France]
Today is the last day of the holidays. Everybody is looking at one another for the last time and finds them all of a sudden more appealing. A siren sounds in the distance, the beach is emptying. Everyone is gone… almost.

Le Mans 1955 by Quentin Baillieux [Eddy, Des Films en Aiguille; France]
The 24 Hours of Le Mans, 1955. 300,000 spectators are watching from the sidelines. It is 6:00 PM when Pierre Levegh’s car ploughs into the spectator stands, scattering the crowd with his car engine’s hot debris. It is a tragedy that will cost more than 80 lives. And yet, the race goes on. At Mercedes, a friend and co-pilot of Pierre Levegh’s is ready to take the relay. His name is John Fitch. [Trailer] 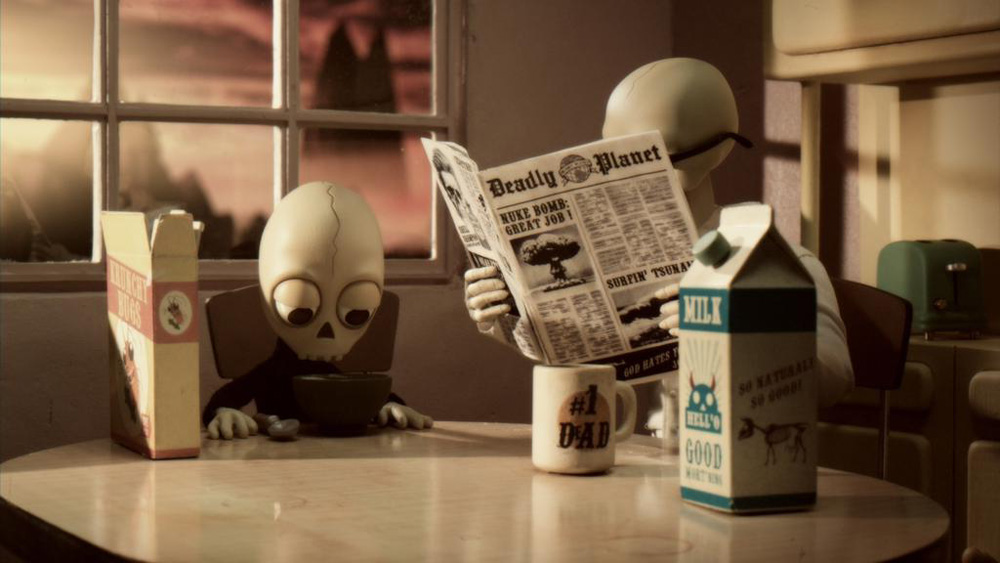 La Mort, Père & Fils by Denis Walgenwitz and Winshluss [Je Suis Bien Content, Schmuby Prod.; France]
Death’s son doesn’t want to take over the family business. His secret desire to become a guardian angel triggers a series of major mishaps. His dad will have to intervene to get him out of this mess. [Teaser] 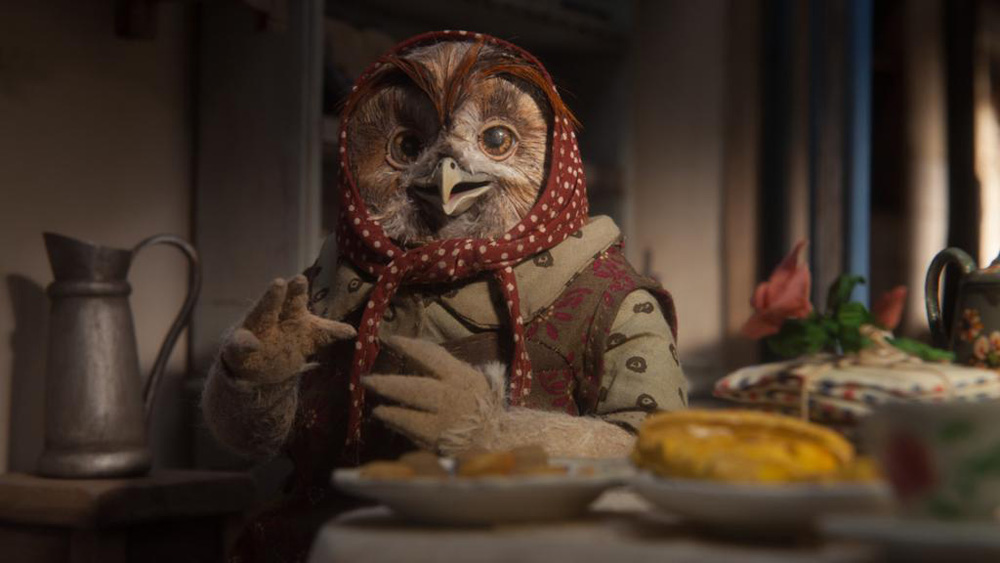 Raymonde or the Vertical Escape

Raymonde or the Vertical Escape by Sarah Van Den Boom [Papy3D Prod., JPL Films; France]
Raymonde is really fed up with peas, aphids, dirty panties and the kitchen garden to dig. After all, she would prefer sex, and love, and the immensity of the sky. [Trailer] 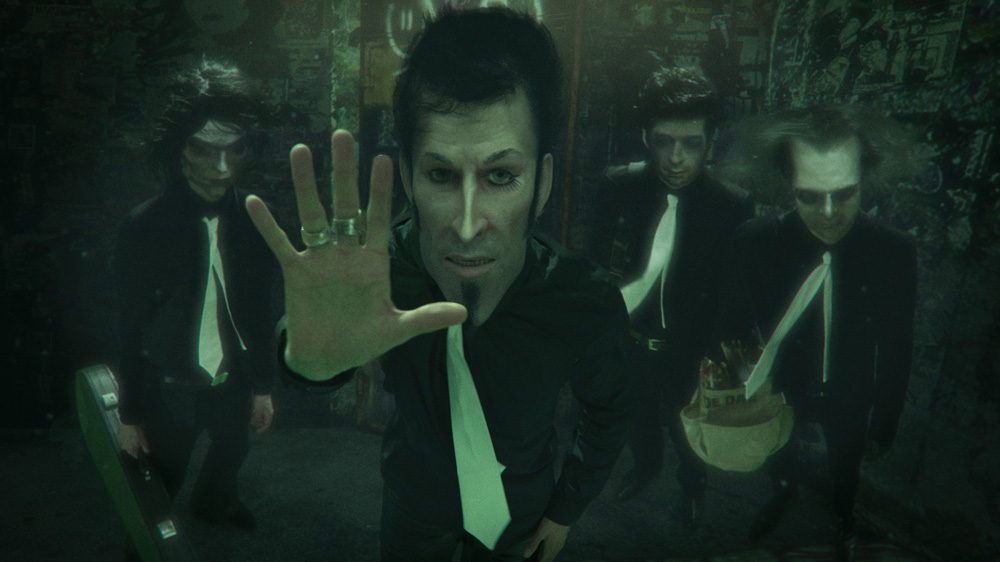 Reruns by Rosto [Studio Rosto, Autour de Minuit,A Private View; The Netherlands/France/Belgium]
Everything’s different but nothing has changed. A trip through a sunken maze of memories and dreams. [Trailer]

Wicked Girl by Ayce Kartal [Les Valseurs; France]
S. is an eight-year-old Turkish girl endowed with an exuberant imagination, who loves nature and animals. When, from her hospital bed she recalls the happy days spent in her grandparents village, dark and terrifying memories rise to the surface and slowly start to make sense. [Trailer]