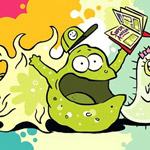 On top of our MIP Junior hit list in last issue, here are an additional 10 shows coming quite fresh to the MIPCOM market, poised to take on the world’s airwaves. 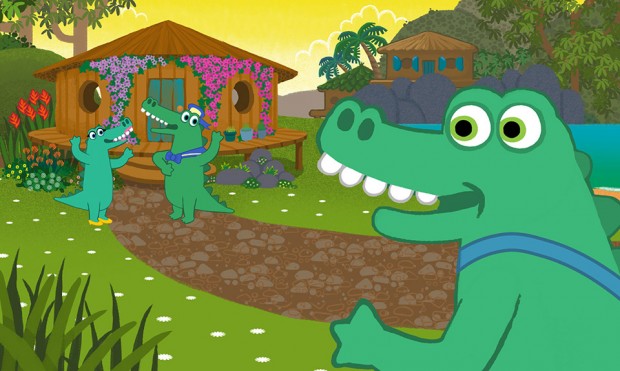 Synopsis: Caiman is a five-year-old crocodile who loves exploring the buzzing and bubbling community right outside his front door. Our young hero lives with his family in a wooden house, situated on the edge of the exotic mangroves, sharing his enthusiasm and thirst for adventure with animal friends of all ages.

Selling Points: Created in-house by Head of Development Rebecca Warner-Perry, Caiman debuted at Cartoon Forum this year, having received MEDIA development funding in 2015. Writer Moya O’Shea (Toot the Tiny Tugboat) was brought in to work with director Sue Tong, and Illuminated have completed a 7-minute pilot episode. In each episode, Caiman discovers a special item to put in his “collection bag,” which has potential for apps, games and cross-media content. 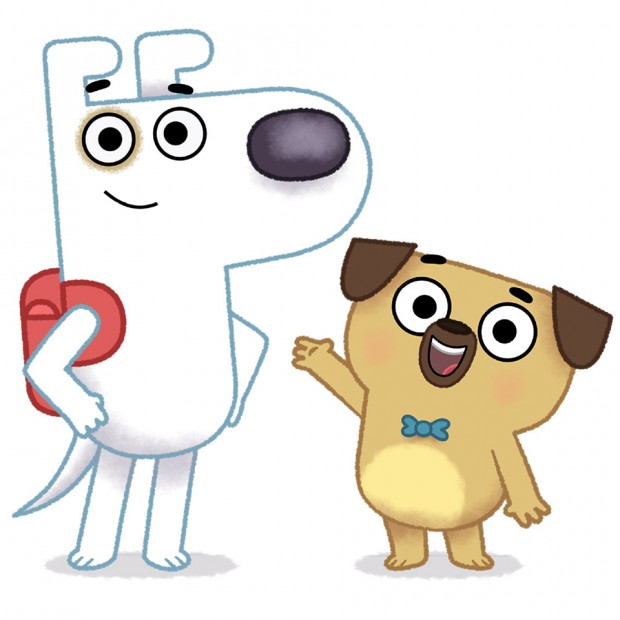 Based On: Books by Louise Yates

Synopsis: Whenever Dog the bookshop owner or his best friend Pug have a problem to solve or a question to answer, they look in one of their beloved books. The fun really begins when Dog opens a book and he and Pug are swept away into an imaginative world of adventure, where anything is possible.

Selling Points: Adaptation for TV was helmed by Komixx Head of Development, Melanie Halsall (Shaun the Sheep, Dennis & Gnasher) and award-winning screenwriter, Alan Gilbey (Dino Paws, Pinky and Perky Show). “The books have been a huge success and we are confident the characters will capture the imagination of children everywhere,” said Andrew Cole-Bulgin, Joint CEO and Head of Film & Television. 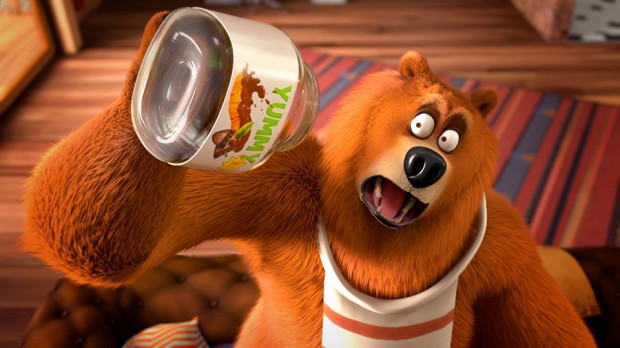 Synopsis: When the ranger’s away, the wildlife will play! Grizzy the bear thinks it’s only natural that the park ranger’s house becomes his territory when the human is out. But his enjoyment of modern conveniences like air conditioning and a stocked kitchen is ruined by a family of lemmings who want to use the house as their personal amusement park.

Selling Points: This 100% made-in-france series seeks to revitalize the slapstick genre. “Since it is a non-verbal series targeting a large audience, Grizzy and the Lemmings has the potential to become a new classic. Otherwise, we have made significant investments to reach a feature quality CGI animation,” says Studio Hari co-founder JOsselin Charier. “We are thrilled to unveil three episodes of this show in Cannes.” 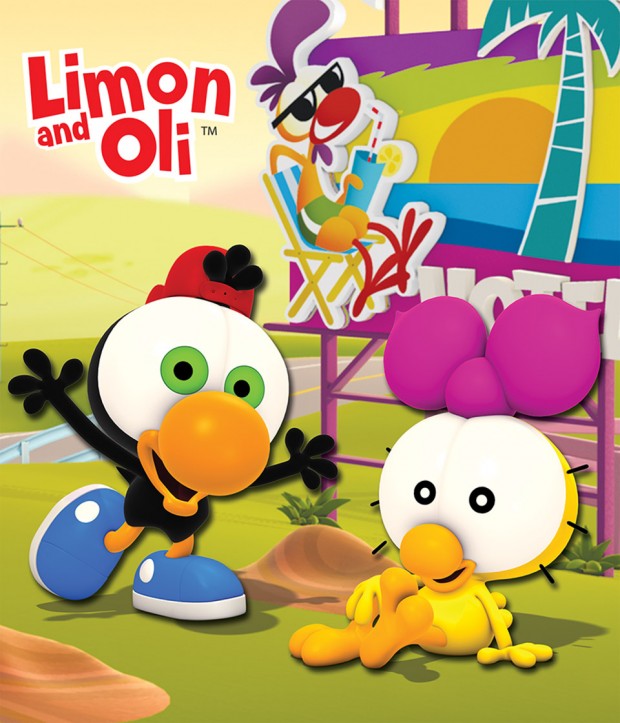 Synopsis: Limon and Oli follows the funny adventures of two inseparable friends. Limon is sweet and endearing while Oli runs more on the wild side. Together, they tackle daily obstacles using the power of their imagination — transforming into fearless pirates one day, then shrewd detectives the next. Whatever role they take on, they approach every scenario with an unmatched sense of humor.

Selling Points: Mart Agency makes its MIP exhibitor debut with its flagship show already a success. Based on a popular comic strip with some 25 years of history, Limon and Oli’s combination of comedy and important social messages have helped make it a success in its home country and spread across neighboring regions since its local debut in 2012. A third 52 episode season is now in production for Disney Junior. 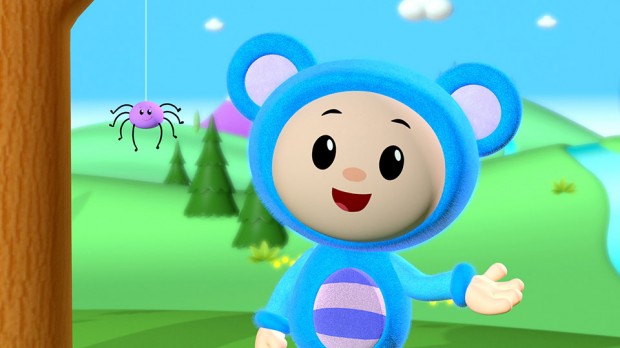 Synopsis: A cast of six colorful characters bring classic and original nursery rhymes to life, using Infectious rhythms and melodies that inspire kids to get up and dance. And an extra emphasis on words helps young children learn early language skills. 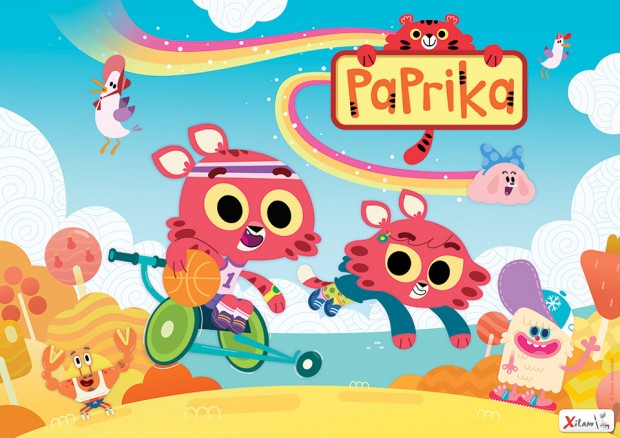 Synopsis: Twin brother and sister Olivia and Stan are as close as siblings can be. Even though they’re totally different, they balance each other out to perfection! Stan is a little daredevil who trusts his instincts (and his motorized wheelchair). Olivia is creative, efficient and brainy. But when the Paprika wins team up, everyday life becomes a zany adventure.

Selling Points: In addition to quite lovely design, this concept gets extra points for representational diversity, celebrating a character who uses a wheelchair. Mostly, this is a colorful and fun-filled title that is already winning over broadcasters around the Mediterranean. Paprika is being produced by Xilam’s own studios in Paris and Lyon. 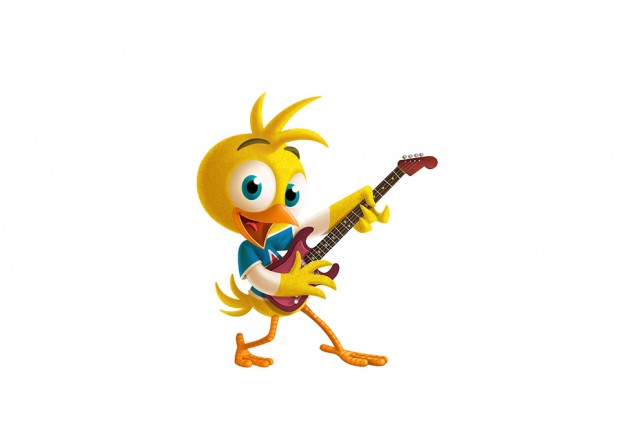 Based On: “Pulcino Pio” viral video

Synopsis: Pio is a rockin’ chick — literally. This comedy series follows Pio and his friends’ adventures at their school, High Note, where every class is about music! With a song in their hearts, they experience the ups and downs of friendship, growing up, achieving goals and acceptance. 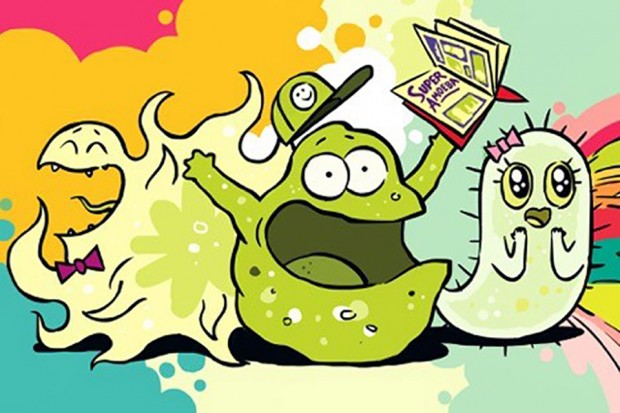 Based On: Books by Jennifer and Matt Holm (Random House Children’s Books)

Synopsis: This original animated comedy takes a very, very close look at the microscopic world of amoebas. This hidden realm of single cell organisms is just as cutthroat competitive as our multicellular world, and the show’s heroic glob must do what he can to survive everyday amoeba life — not to mention school!

Selling Points: Based on the New York Times best-selling graphic novels by Jennifer Holm and Eisner Award-winning creator Matthew Holm (over 1 million copies of the six books sold so far), the show is executive produced by Cottonwood founder David Michel (Get Blake, Totally Spies!), with John Derevlany (LEGO: Legends of Chima, Johnny Test) acting as showrunner. Delivery is expected for 2017. 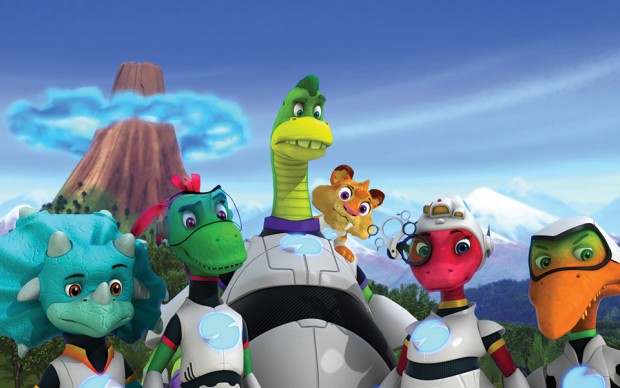 Synopsis: On the sprawling, prehistoric continent of Pangea, a group of young dinosaurs happen upon a mysterious blue lava flow that imbues them each with super powers, amplifying their dinosaur traits. Whether rescuing their fellow dinos or zapping incoming asteroids, the Supersaurus 7 are an indomitable force — when they use their powers correctly. The comedy and action increase when they face the rise of the mammals, lead by a despotic Gerbil.

Selling Points: “Chris and Henry have created an original concept in a much-loved genre that we haven’t yet seen in kids’ entertainment – dinosaurs as super heroes – two themes that kids everywhere have always loved,” said Alison Warner, Technicolor’s VP of IP Sales, Acquisitions & Co-Productions. “We believe that viewers will identify with our characters, who are in effect just kids learning to handle their new skills, while taking on some of the strangest and stupidest foes ever seen in a prehistoric world!” Co-creator Chris Hayward is co-creator of the BBC web series Misery Bear and writer of the BAFTA-nominated CBBC series FIT; while Henry Coate is a director, designer and illustrator. 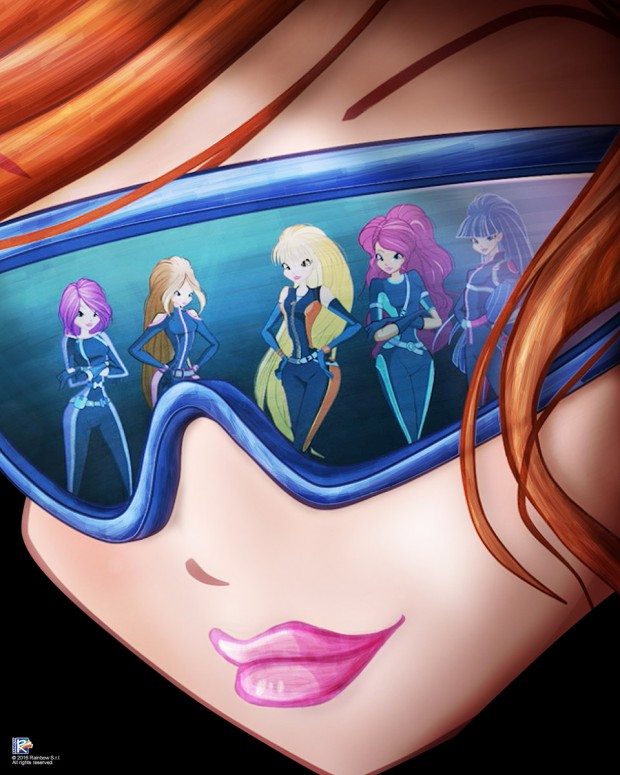 Synopsis: The fashionable fairy friends get an espionage-inspired makeover for this new adventure. Travelling to Earth to scout out gifted children for the talent show WOW!, they uncover the villainous activities of the Talent Thief: a mysterious foe who is kidnapping exceptional kids. The Winx must go undercover, hiding their fairy identities, in order to find the Talent Thief’s secret HQ and protect the children of Earth.

Selling Points: Winx has been an insane success for Rainbow, and continues to win fans after several seasons of the original series. It’s only natural that the new incarnation will follow. The “undercover fairy” angle opens up a world of comedy and action potential, expanding on the magical-girly Winx fanbase. The show was previewed at Licensing Expo and the property will be courting licensees at BLE this month.