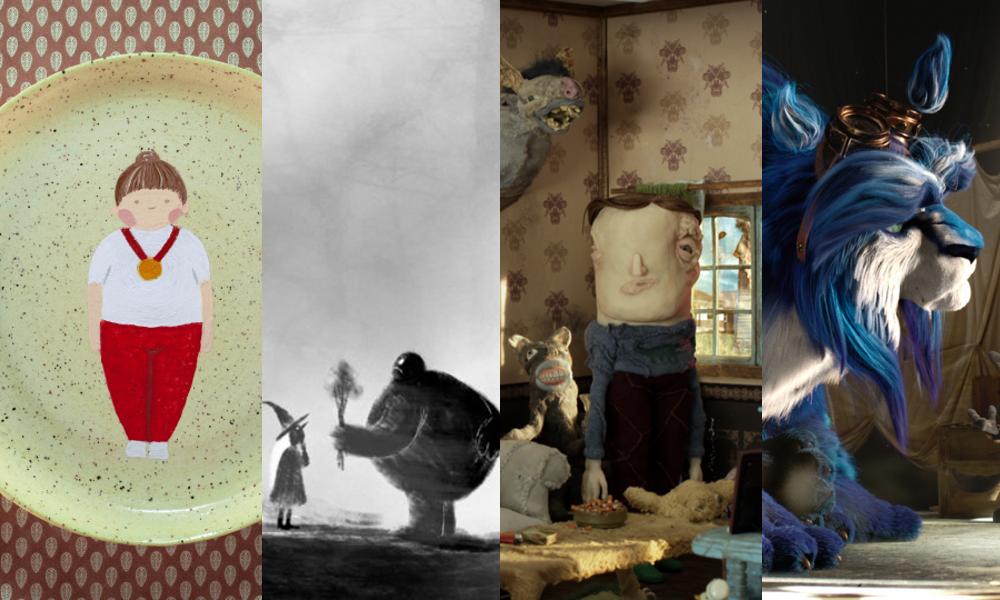 Spain’s Academie de Cine has revealed the 35 short films in the running for nominations in the 35th edition of the Goya Awards. The selection includes 10 animations, which will be narrowed down to four nominees by Academie members in the coming weeks. The awards ceremony will be held March 6, 2021.

The winner of the Goya Award for Best Animated Short qualifies for Oscar consideration.

The animation contenders are:

Synopsis: On the eve of its demolition, Berta visits the old theater where her grandmother used to work. She finds out that it’s not completely abandoned. Mortando Malone and Big Blue Cat, her old imaginary friends, are there to help her solve an impossible case: recapture her capacity to dream.

Synopsis: Rare, medium rare, medium, medium well and well done. Through intimate and personal stories, five women share their experiences in relation to the body, from childhood to old age.

The Great Corelli by Abel Carbajal. This five-minute short about a magician’s stage flop was impressive enough to earn the director an internship at Oscar-nominated stop-motion studio LAIKA.

Synopsis: The Great Corelli is a young and successful magician at the highest point of his career. But in the most important performance of his life, he disappoints his audience by failing the illusion whose fame precedes him.

Homeless Home by Alberto Vázquez. Vázquez is one of the leading lights of Spanish animation, having achieved a historic double Goya win in 2017 for both his feature film Psychonauts (a.k.a. Birdboy and the Forgotten Children) and short Decorado, on top of the 2012 animated short award for Birdboy. He is currently working on a new feature, Unicorn Wars.

Synopsis: No one can escape their roots, however rotten they may be. This expressive, detailed animation depicts characters adrift and alone in a dark fantasy world.

Metamorphosis by Carla Pereira & Juanfran Jacinto. Co-produced by Bigaro Films and France’s Autour de Minuit, this haunting stop-motion piece has screened at festivals around the world.

Synopsis: In his 30s and still living with his mother, taciturn and tormented, a man decides to free himself once and for all from his inner demons.

Oldie but Goldie by Nacho Subirats. This student short from ESDIP School of Art earned the national short prize at Madrid’s World Animation Day and made official selections at festivals from Russia to France to Brazil to Canada.

Synopsis: Eddie, a young music lover, craves a copy of a very special first edition vinyl. His search leads to an old, run-down music establishment. It won’t take long to discover that what looks like an innocent record store is actually hiding a long-held secret…

Synopsis: Clara is a nine-year-old girl with a distorted vision of reality. She will fall into a pit from which she can only get out with effort and the help of the people around her.

Roberto by Carmen Córdoba González. This is the debut short for Córdoba González, an established graphic design software authority who decided to shift her career path from computer engineering to animated storytelling. She currently teaches 3D animation online and at Murcia University.

Synopsis: Fifteen years have passed and Roberto is still in love with his neighbor — but she prefers to hide, ashamed of her body. With his art and an old clothesline as the only ways of communication, Roberto has a plan to push his beloved to face her monsters at last.

Routine: The Prohibition by Sam Ortí Martí. Selected for festivals around the globe, this kafkian stop-motion short uses gritty imagery and dark humor to explore the politics of power in a dystopian setting.

Synopsis: In a dark world, devastated by lies and dominated by fear, we continue with our self-destructive routines towards extinction.

Vuela (Fly) by Carlos Gómez-Mira. This heartwarming CG tale is the second short directed by Gómez-Mira, who founded Madrid-based Thinkwild Studios in 2009.

Synopsis: Fly is the story of a bird with a deformed wing that prevents him from migrating. Abandoned by his flock, he sinks into despair. Everything changes the day Pio-Pio appears: This defenseless chick gives him joy and a sense of purpose in life. Until one day destiny makes him do things that he wouldn’t even do for himself…