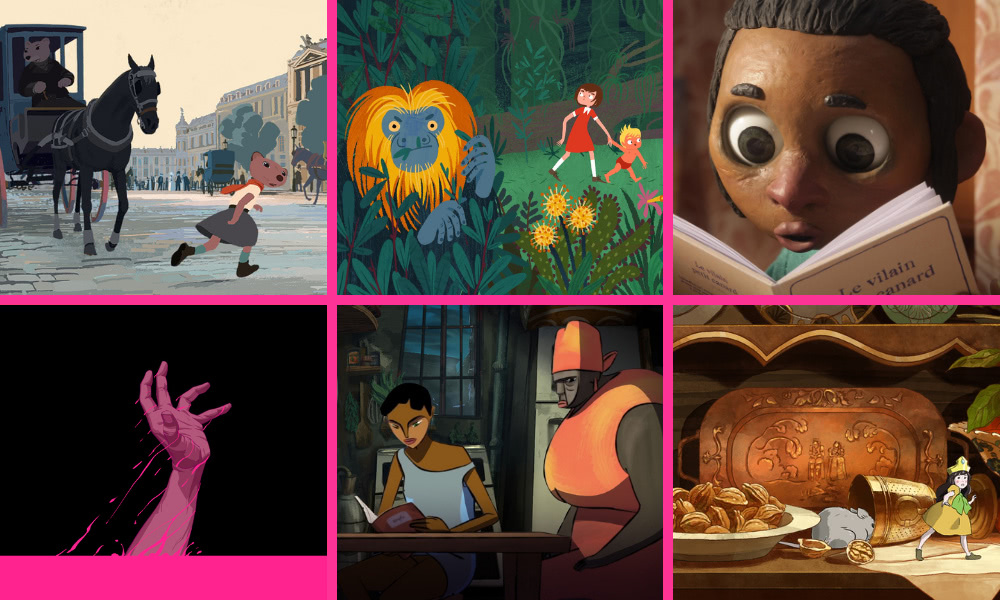 Following deliberation over 144 submitted projects by the Selection Committee, Cartoon Movie 2022 has slated 57 animated feature projects to participate in the spring pitch-fest, adding up to a total budget of €266.3 million (~$300M USD) and 77 hours of animation. The event will be held March 8-10 in Bordeaux, France.

Family movies dominate the selection with 28 projects (49%), followed remarkably close by stories for Young Adults/Adults (21, 37%), with another single project aimed specifically at Teenagers and seven (12%) created for Children. Most projects are currently In Development (41%) or In Concept (33%), with another 14% In Production and 12% ready for a Sneak Preview.

The Bordeaux area is represented by nine projects backed by Region Nouvelle-Aquitaine:

The lineup also spotlights new projects from established studios and creators. Director Rémi Chayé will present his latest project Fleur, as will Claude Barras with You’re Not the One I Expected, Edmunds Jansons with Born Happy and Joe Miguel Robeiro with Nayola. Xilam will come to pitch their new project The Migrant, while Ankama will bring their new feature Princess Reinette. Some projects are coming back to Cartoon Movie after further development: The Amazing Maurice, directed by Tony Genkel, and Starseed, directed by Anca Damian.

More information on the participating projects available at www.cartoon-media.eu/movie/discover-the-projects.