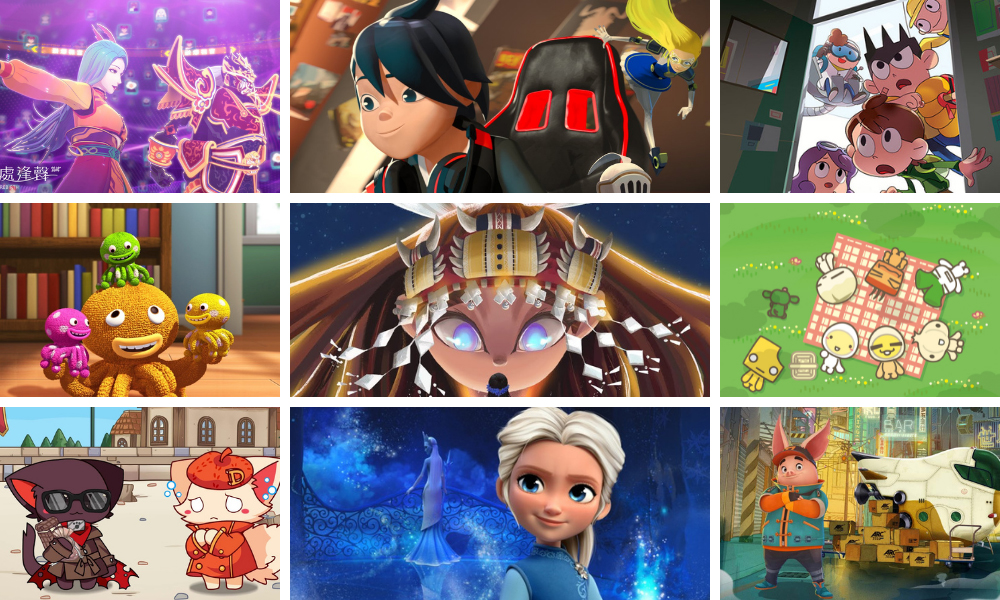 The Asia TV Forum & Market (ATF) kicked off this week, held in the virtual ATF Online+ format as part of the ongoing Singapore Media Festival 2021, presenting a robust selection of more than 600 hours of stories across 160 titles from across Asia. And, as in the rest of the world, animation has grown its presence at the market. 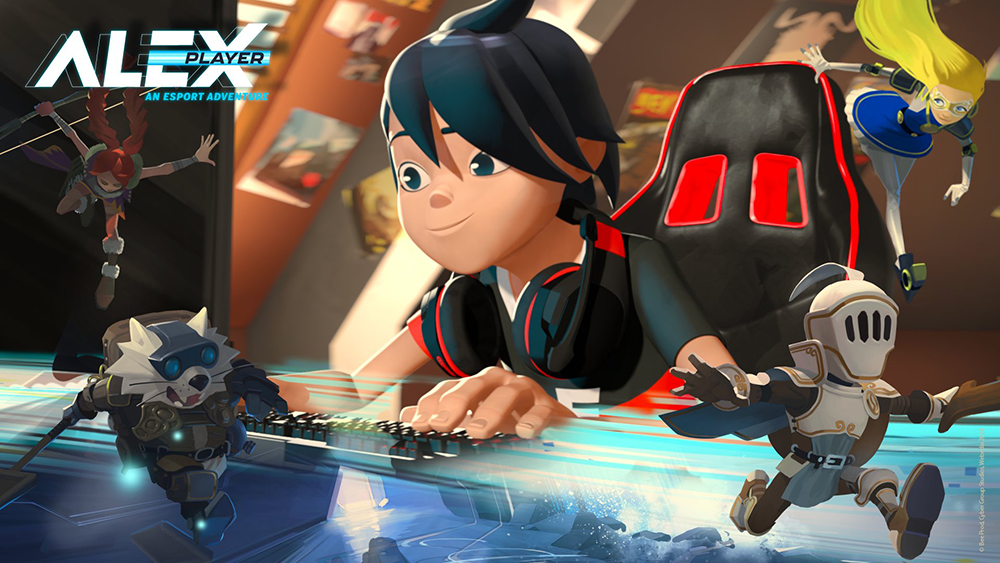 Of course, original made-with-Singapore content takes center stage, with works from 41 local media companies showcased in the country’s virtual Pavilion (presented by the Infocomm Media Development Authority). Among the animation projects on offer are Alex Player (Bee Prod./Cyber Group Studios/Webedia), a co-production with France and Italy produced with an Unreal Engine real-time pipeline and mo-cap, which centers on a pre-teen esports contender. 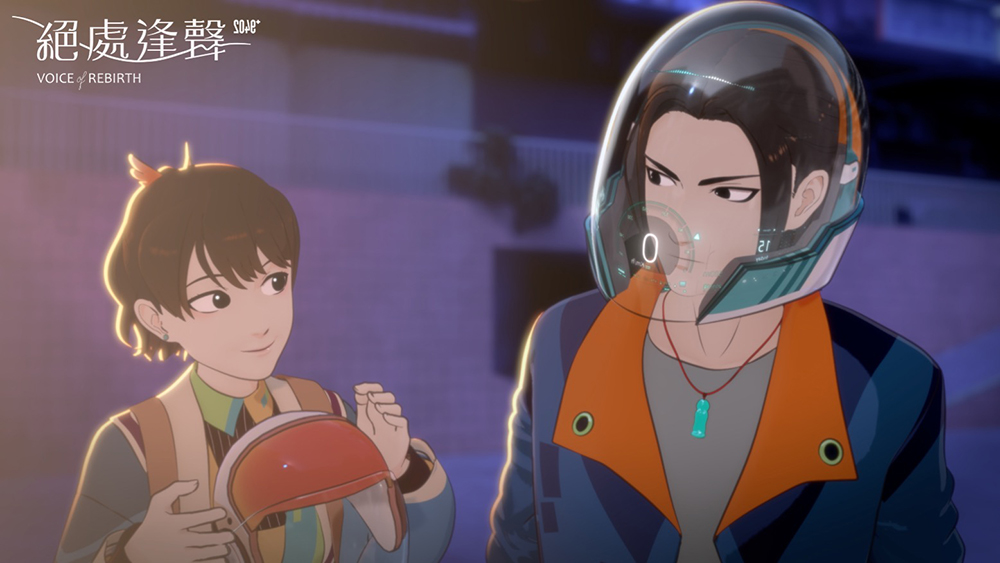 Taiwanese animation has a robust presence at the show. One of the buzzworthy projects coming off the island is 2049+ Voice of Rebirth, an animated spin-off of furustic mini-series 2049, currently streaming and airing on multiple platforms/channels in the region. Timed to ATF/SMF, multi-Golden Bell Award and Gold Remi (WorldFest Houston) winner Xanthus Animation Studio (www.facebook.com/xanthus.ltd) presented the series in a premiere press conference. Set in Taiwan 30 years in the future, the series will explore social issues such as the use of AI, housing justice and the application of smart technology in elder care. 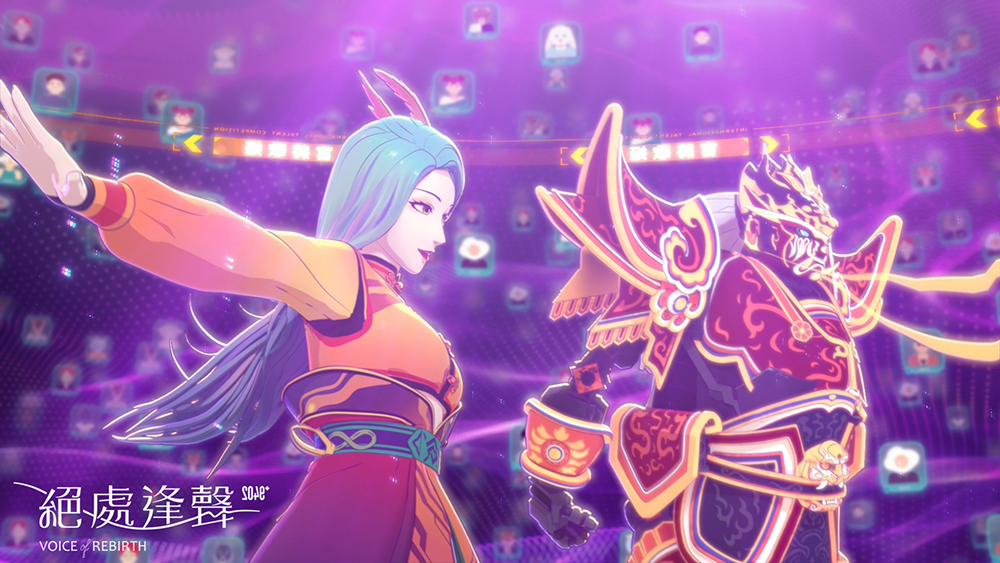 Produced by Xanthus, Taiwan Mobile’s myVideo streaming service and Greener Grass Production, with original songs produced by HIM International Music Inc., 2049+ Voice of Rebirth centers on temple youth Wei (voiced by J.C. Lin), who discovers the benefits of being a “nail house” (holdout) when his grandfather urgently needs funds to pay for medical bills. In order to get more money out of property developers, Wei teams up with Rainy (Janice Yan), a girl opposed to community reconstruction, to apply for historical landmark status for the temple his grandfather left him. From performing traditional religious ceremonies to participating in a global singing and dancing competition, Wei and Rainy’s efforts to enhance the value of the temple capture the attention of the public. As their relationship grows over time, they also find themselves torn between family, friendship and even love. Watch the teaser. 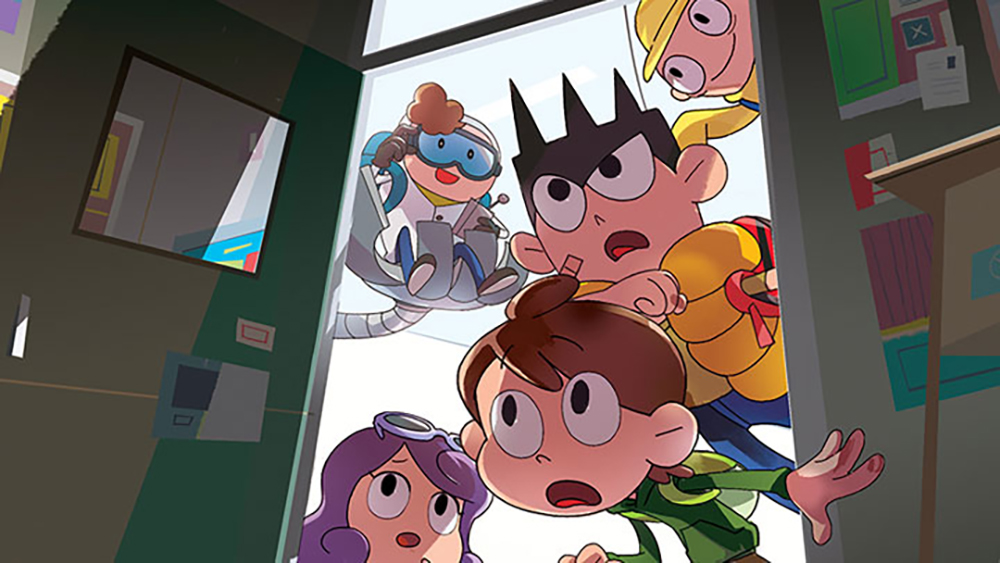 Boutique studio Dottodot (www.dottodot.tv) is spotlighting its MIFA Pitches-selected series Who’s Our Sub Today? (13 x 12′), a fantastical 2D comedy about a class of unruly students learning how to survive school with the most peculiar lineup of substitute teachers on campus. The project is currently in development. Watch the promo here. 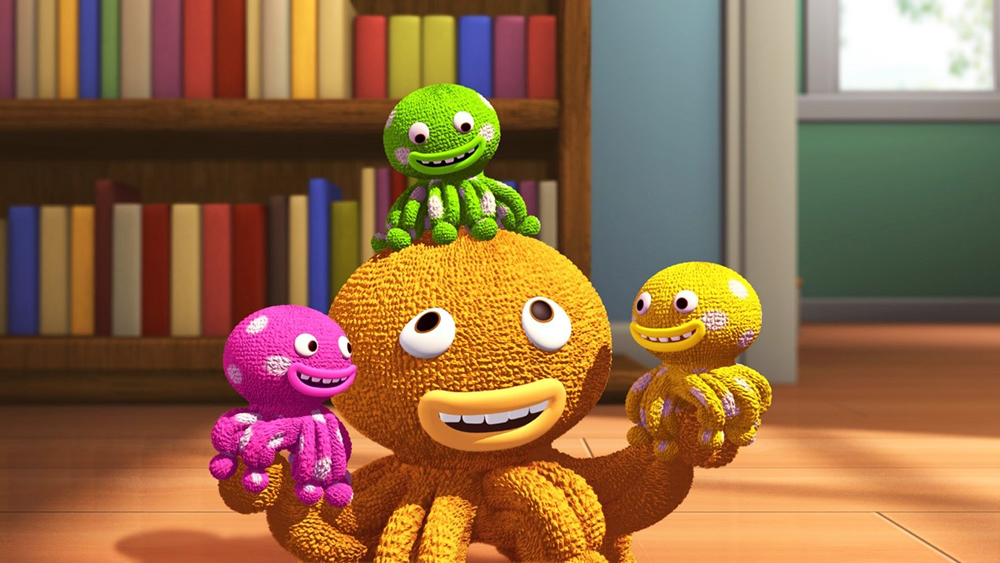 Taipan-based international 2D/3D shop Studio iLYA (studioilya.com) is ready to clean up more deals for its newest series, My Favorite Towels (26 x 11′) — a 3D CGI preschool show which follows the imaginative adventures of five animal friends created out of ordinary household towels, who come to life when the humans are out of the house. 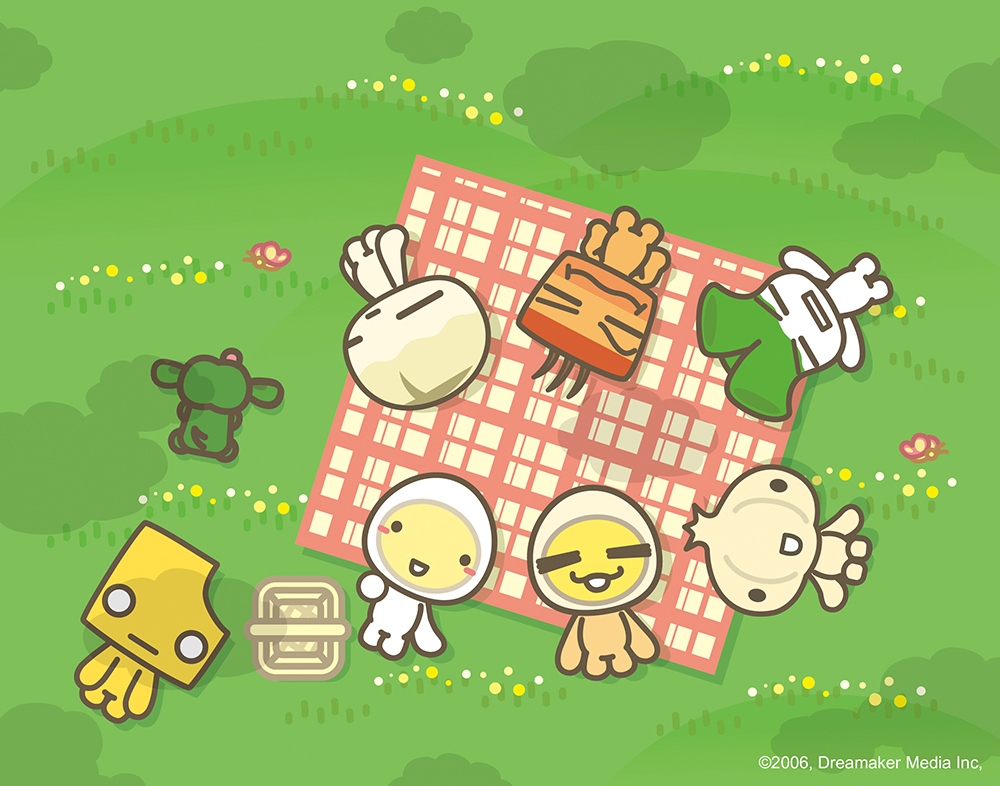 Lusasa Animation is entering the ring with its debut series Happy Lusasa, set for release in 2022. Based on the internationally popular IP which has spawned more than 100 licensed products with over 50 companies, the show for kids 6-12 centers on MiluEgg and the other cute characters inspired by traditional Taiwanese street food who populate Lusasa Town. Watch the trailer. 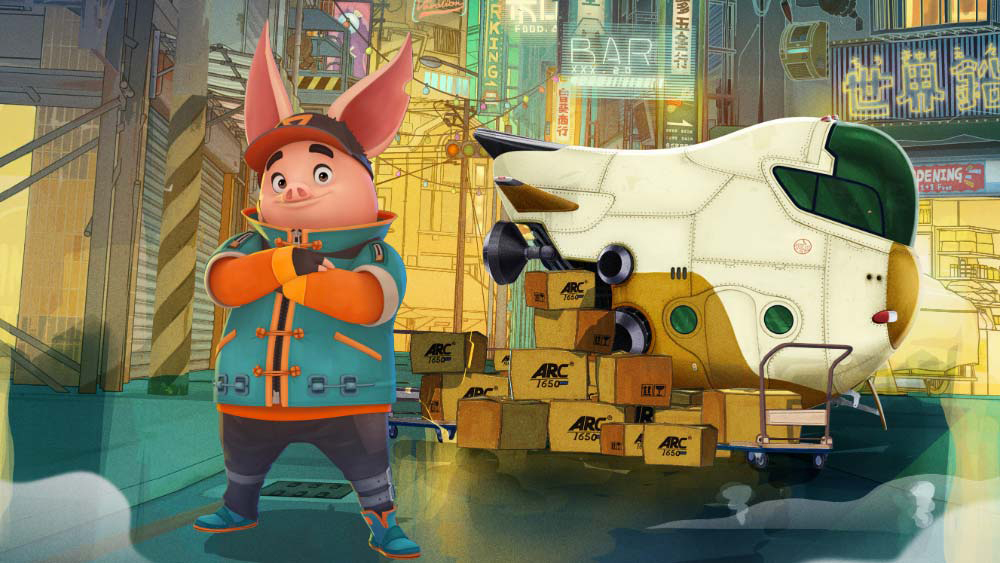 Always a rich vein, the Chinese language classic “Journey to the West” is cited as inspiration for Pigsy Express, a new movie in the works at Taiwan’s studio2 ANIMATION LAB (studio2.com.tw) to be extended via TV series, comics, AR (Pigsy ARush), a mini album and Tik Tok. Directed by Li-Wei Chu (Barkley the Cat), the movie is a near-futurist tale about a plucky pig courier and his animal coworkers as they compete with a drone-delivery mega corporation. Watch the trailer. 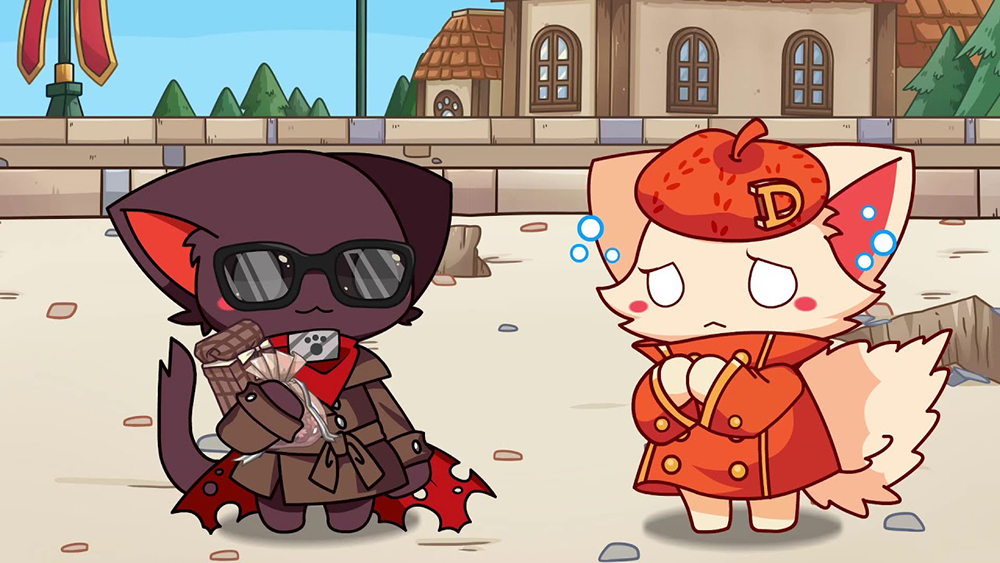 Tokyo-based Yukin Trading, a Japanese IP service provider for the Chinese market, is hoping more feline fanatics will fall for its animated series based on its popular DNAxCAT characters (https://twitter.com/DNAXCAT). First introduced in an online forum in 1998, the cats became the mascots of Taipei Underground Street in 2012 and launched their animated series in Taiwan in 2015, followed by Japan in 2019, where DNAxCAT has broadcast for 100 weeks on Chiba as of November 28. DNAxCAT takes place in the cat kingdom of King Kuzo, where hundreds of cats with unique appearances and personalities share their happiness and their misadventure. The property has also launched an NFT game. Watch select episodes on YouTube. 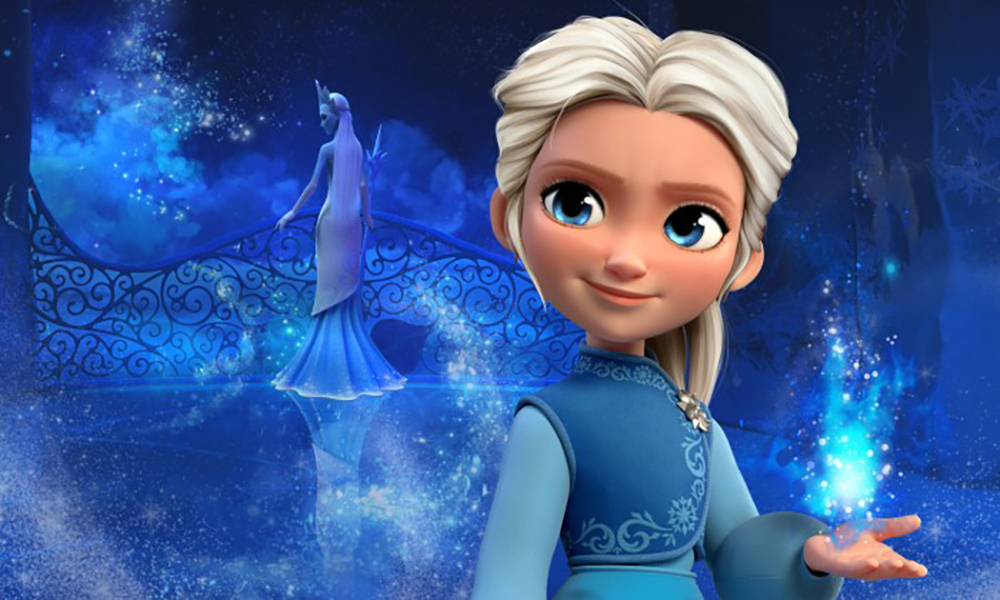 The Snow Queen and Princess

Russia also has a strong presence at ATF, having built a reputation with audiences in Asia. ROSKINO CEO Evgenia Markova pointed out that this year there are almost 80 projects representing the country, vs. 60 last year.

The ATF conference offers panels and keynotes online through Friday, December 3. ATF Online+ will be available until June 30, 2022. More info at www.asiatvforum.com.