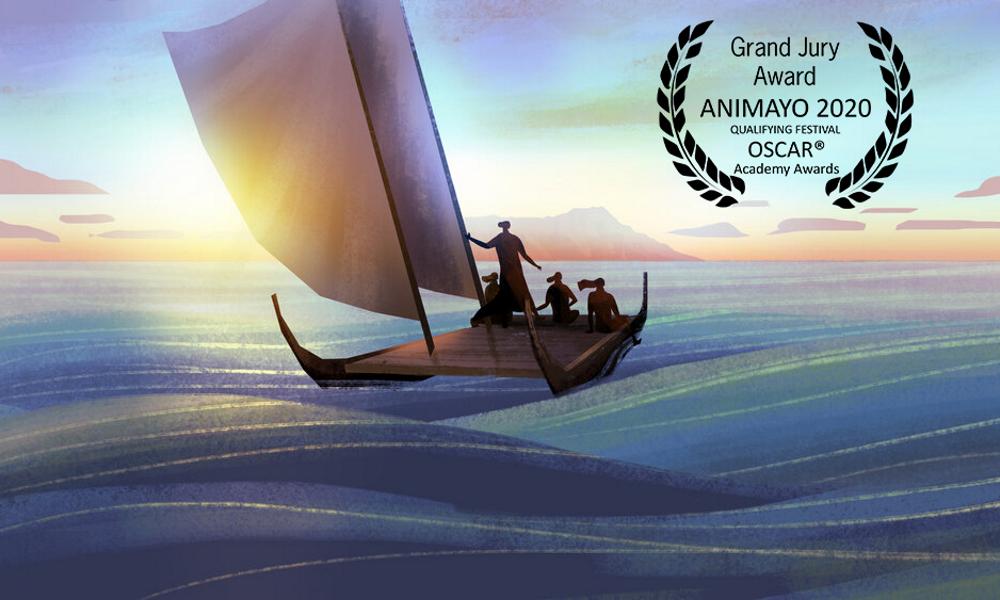 Converted into the First Festival of Animation, Visual Effects and Video Games in the world made on a 100% virtual platform, this 15th edition of Animayo Gran Canaria has exceeded all expectations, marking a milestone in the history of these festivals with more than 35,000 participants and 22,000 new registrations from countries like the United Kingdom, the United States, France, Germany, Denmark, Russia, the Czech Republic, India, Canada, Chile, Venezuela, Mexico, Colombia, Argentina, Brazil and Peru, in addition to Spain.

Among the more than 1,600 works submitted to Animayo, of which 67 were selected for the film competition, Kapaemahu by Hinaleimoana Wong-Kalu, Dean Hamer and Joe Wilson under the animation direction of Daniel Sousa (U.S., 2020), came out on top with the Grand Jury Award for 2020. Kapaemahu thus obtains a direct pass for the Oscar Preselection in the Best Animation Short Film category, as Animayo is currently the only Academy Awards Qualifying Festival in Spain, designated now for three years. In addition, the winner receives a cash prize of €3,000 (~$3,400 USD) and an honorary trophy.

Kapaemahu, which means “stones of life” in native Hawai’ian, brings to life a powerful Hawai’ian legend in which four extraordinary Māhū, or two-spirit individuals — the third gender, both male and female — brought the healing arts of Tahiti to Hawai’i and imbued four giant rocks with their powers; rocks still venerated today. The piece is a vivid animation seen through the eyes of a child and narrated in the ancient Hawai’ian dialect. 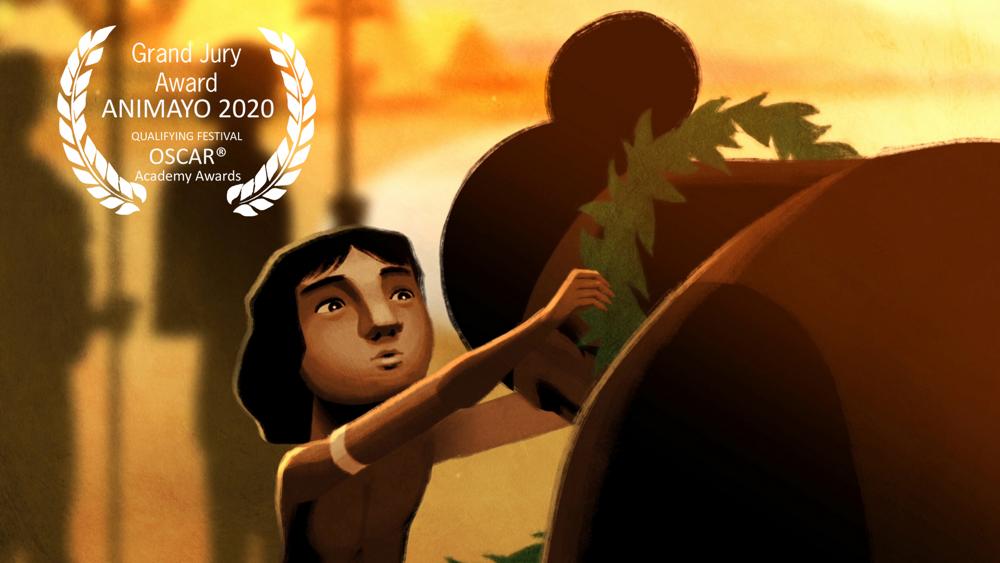 The International Jury was chaired by Claus Toksvig Kjaer, a Danish animation producer on outstanding projects such as Oscar nominee Song of the Sea or Long Way North, winner of the Audience Award at Annecy. His upcoming projects include feature films Calamity – The Childhood of Martha Jane Cannary and The Ape Star, co-produced in collaboration with Maybe Movies and Lee Film. The International Jury also included Cecilia Aranovich, Lizzie Nichols, Carolina Jiménez and Marcos González P. 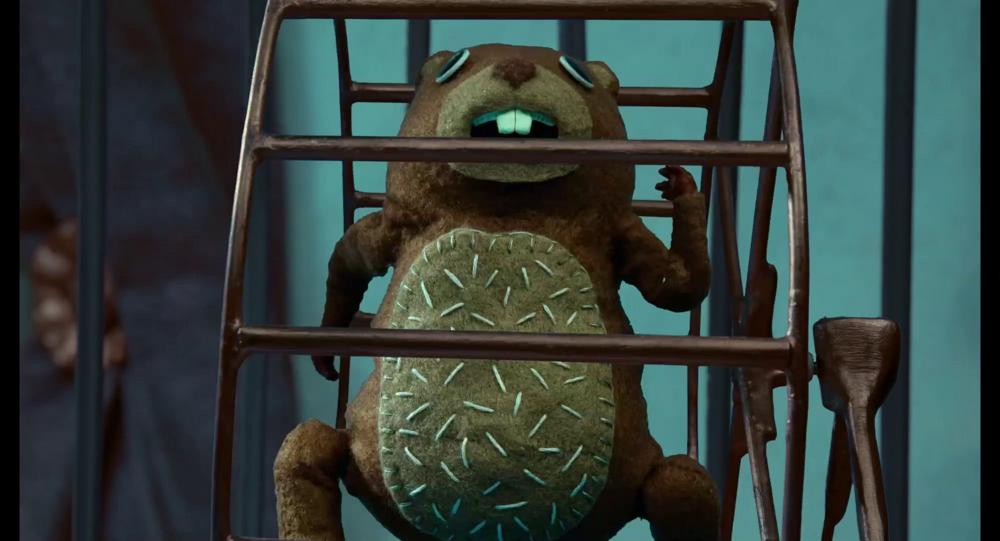 As a whole, the Winners List 2020 represents a selection of films in which not only the visual artistic quality stands out, but also the tremendous sound quality. So, for the first time in Animayo, the Jury decided to award a Special Mention for Best Sound Design to Konstantin Bronzit and his short film He can’t live without cosmos. Lupus Films’ acclaimed special The Tiger Who Came to Tea (director: Robin Shaw) won the prize for best 2D film as well as the award for best music (composed by David Arnold and featuring a song performed by Robbie Williams). Likewise, this year’s Social Awareness Award winner made an impact handling the hot topic of the situation of immigrants in the United States: The Office of Missing Children by Michael Schiller (U.S., 2018). 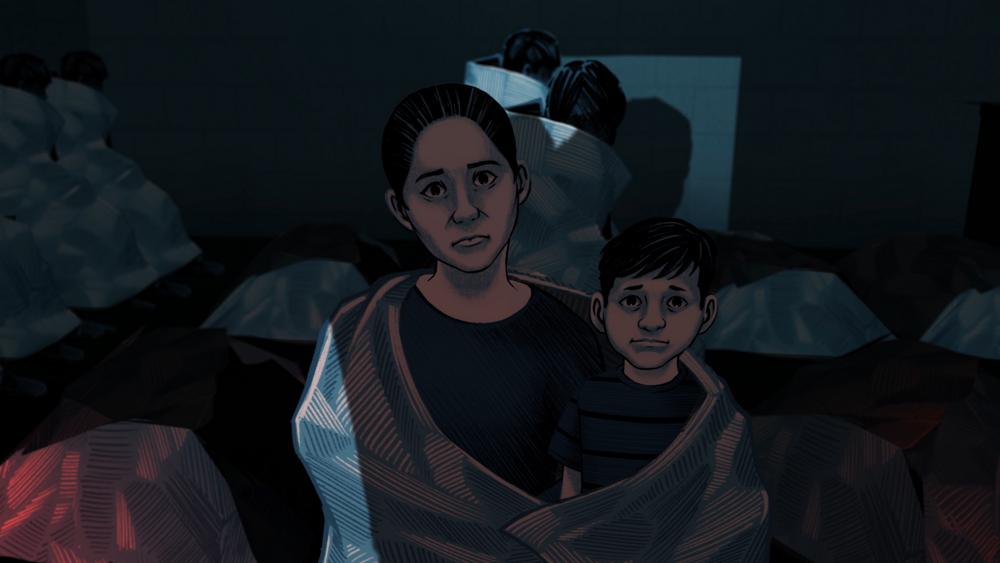 Defying the limitations caused by the world COVID-19 pandemic, Animayo responded to the crisis with the launch of its most cutting-edge edition on a 100% virtual platform, a globally unprecedented model — with customizable avatars, advanced 3D technology, 100% virtual spaces without the need for VR headsets, real-time voice tools, agility to connect to the system, interaction capabilities and intercommunication between avatars. Seven years ago, Damián Perea, founding director of the International Summit Animayo, had the vision to include an entirely virtual component in the festival, only this technology did not yet exist. But last year, he met Don Stein, founder and CEO of Teooh, a new avatar-based virtual events platform that enables users to “sit” and interact in the same digital space. COVID-19 shutdowns turned out to be the “ideal framework” to reorganize this edition and make it happen. 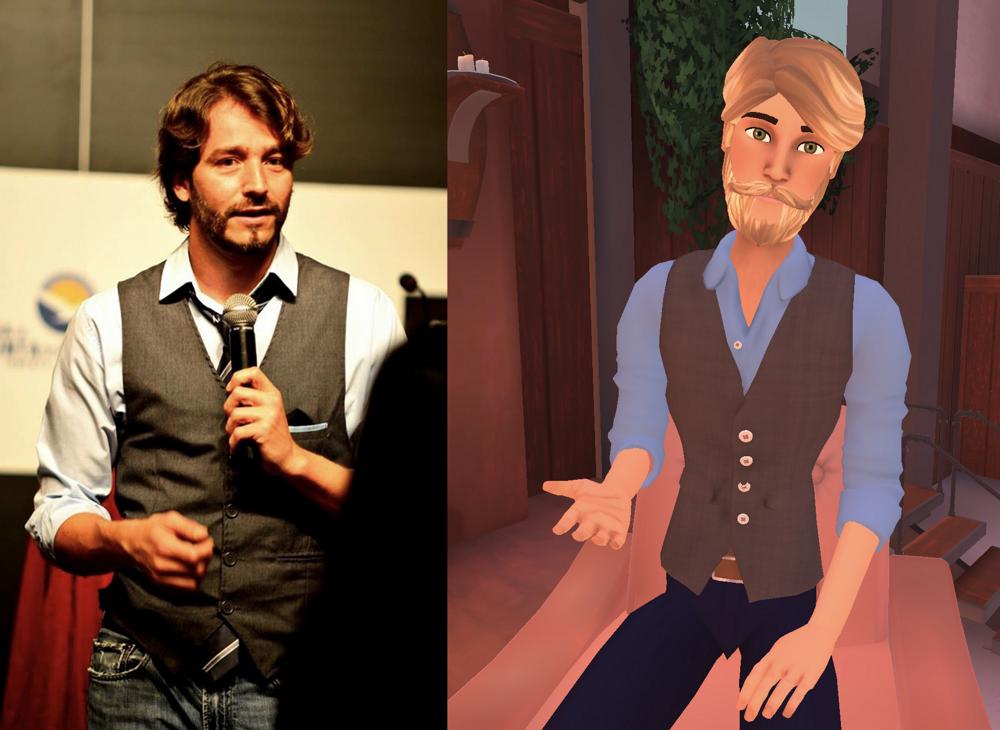 Damián Perea, Director of Animayo, and his Teooh platform avatar.

For this special edition, the organization froze the sale of tickets (the full pass for the festival was priced at €150) and, in a new step of social awareness taken along with the main sponsors and collaborators, the funds available for the Animayo Talent Scholarship were boosted to more than €500,000 to assist students of Computer Graphics, Multiplatform Applications, VR & Simulation, Software Engineering, Programming, Game Design, VFX, Realization, Production in Audiovisual Environments and Animation, among many other degrees, master’s and postgraduate degrees, as well as Higher Degree Training Cycle, doctorates and courses. All of them in universities and schools, national and international, of the highest level in both online and face-to-face modalities, such as U-tad, ESDIP, ESCAV, L’Idem, Universidad Europea, Cesur or ArtHeroes. Applications are open until June 30, upon free registration on the Animayo.com website; for those aged 16 and up.

In addition, Animayo 2020 increased its number of speakers by 70% compared to the previous edition. A total of 57 experts from 14 countries, many of them with honors form the Oscar Awards, Annie, Emmy, Lovie Awards, Art Directors Guild of America, VES, ZBrush Live Sculpt-Off, International Media Award, Google best and International Travel & Tourism Award. Renowned international professionals of the industry who have worked in studios such as DreamWorks Animation, Cartoon Saloon, The Walt Disney Company, Warner Bros., Pixar, Sony Pictures Animation, Ilion Animation Studios, Skydance, Weta Digital or Delirium Studios. Artists who left their mark on recognized works with nominations for the Oscars, Goya Awards, VES or the Webby Awards, among others, such as Klaus, The Hobbit (trilogy), Iron Man, Avengers, The Dawn of the Planet of the Apes, Alike, Hero, Planet 51, Shrek Forever After, Guardians of the Galaxy Vol. 2, Black Panther, Thor: Ragnarok, The Lord of the Rings (trilogy), Beauty and the Beast, Spider-Man: Homecoming, Underdogs, Mortadelo and Filemón: Mission Implausible, Wonder Park, The Wind Rises, The Illusionist, Wolf Children, Game of Thrones; Love, Death + Robots; Jurassic World and Justice League, as well as video games like Vigor, Argo, DayZ, the Samorost saga, Machinarium, Castlevania Lords of Shadow II, or projects entirely developed in VR like the short film The Remedy. 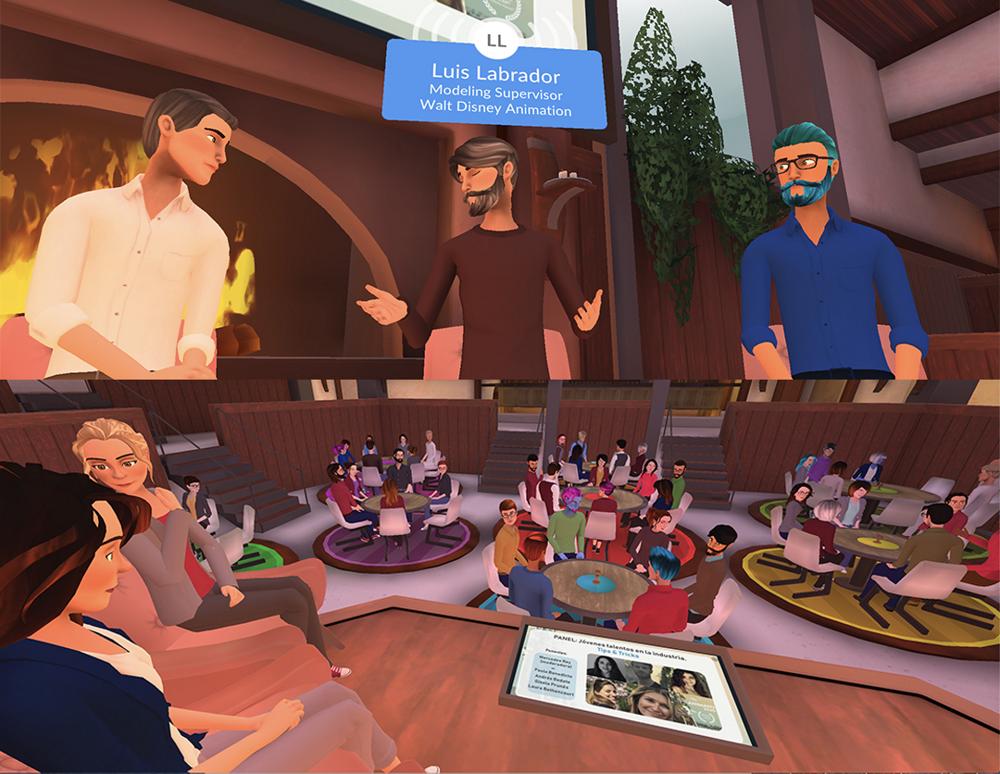 All shared their knowledge and experiences on the first weekend of the Festival, on May 8 and 9, in eight panel discussions and two debates, each of them moderated by 5 experts, in which we entered into disciplines such as character creation and design; the latest research in virtual reality techniques, video games and animation; work of animators and producers; 3D modelling, digital sculpture; storyboard; production designers, visual development artists, layout and concept artists, and visual effects techniques. Speakers included:

On May 15 and 16, 15 master classes were given via streaming by international experts in animation, VFX and video games, reaching 21,923 total registrations. Among the topics were 2D animation for cinema, video games and television; 3D modelling; Blender software innovations such as Grease Pencil; secrets of the digital creations of some of the great Hollywood blockbusters; the construction of worlds in video games; tips for creating a good portfolio and successfully facing a job interview; acting in animation; the art of lighting; the secrets of the concept artist; the making of The Remedy, entirely made in VR with Quill from Facebook’s Oculus platform; how to set up and move a demo reel to get a VFX job internationally, etc.

The following week, Animayo celebrated the First Online Reverse Trade Mission between Canada and the Canary Islands, organized in collaboration with Proexca. Held May 27-28, 25 producers, independent directors and studios from the animation, VFX and video games sectors were presented and put in contact — 11 from Canada and 14 from the Canary Islands, of which six were from Gran Canaria, seven from Tenerife and one from Fuerteventura. These meetings had the objective of establishing synergies between producers, independent filmmakers and studios, aiming for possible future collaborations, a better understanding of the reality of the Canarian industry as an international platform for the development of animation productions, VFX and video games, showing Canadian companies the quality of the content of Canarian productions through their most recent projects.

Likewise, some novelties of the regional market were presented, how is it working with the restrictions imposed by COVID-19 and future prospects, promoting the advantages that the Canary Islands have for audiovisual production and the animation industry. The conference concluded with virtual networking using avatars over the Animayo/Teooh platform. More information here.

The 15th edition of Animayo will return this fall to celebrate its face-to-face phase, in which it will decide the Audience Award and the official section of the My First Festival contest; present the screenings of the Animayo 2020 Awards for all audiences, a video game space and virtual reality space, premiere short films made by children for children (Animayo Educational System), U-future experiences and school screenings for primary and secondary students.