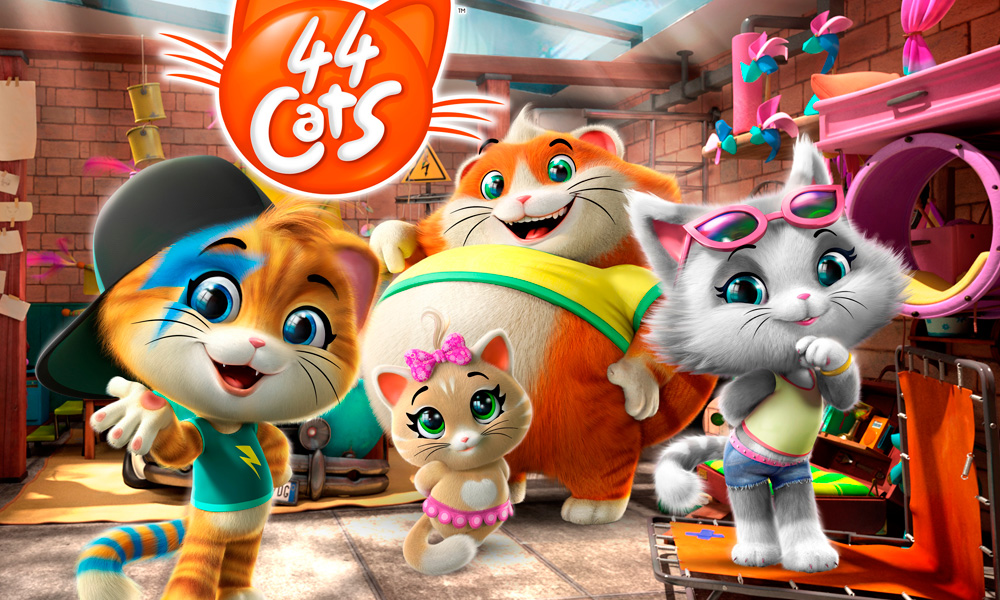 Rainbow’s new animated preschool series 44 Cats — one of the most-watched shows at MIP Junior — will make its world premiere in Italy on the nation’s No. 1 free-to-air kids’ channel Rai Yoyo this November. This launch partnership is the latest collaboration in Rainbow and Rai’s long and fruitful relationship.

“I am truly delighted that our long and happy relationship with Rai has now extended to screening 44 Cats,” says Iginio Straffi, founder and president of Rainbow. “The show, with its positive values, memorable music and smart gags, has all the ingredients to become a massive hit across the country!”

Produced by Rainbow in collaboration with Antoniano Bologna and Rai Ragazzi, 44 Cats follows the daily adventures of Lampo, Milady, Pilou, and Meatball – four adorable kittens and bandmates of The Buffycats! From their home in the Clubhouse, a garage inside old Granny Pina’s house, they make it their mission to help others and find creative solutions to everyday problems, while sharing a message of tolerance, diversity and acceptance.

Luca Milano, Director at Rai Ragazzi, commented: “Inspired by a very popular Italian kids song, 44 Cats is a combination of stories and fun that will thrill children and families around the world. We are proud that, in the autumn, Rai Yoyo will be the first network to broadcast the series, continuing the long collaboration between Rai and Rainbow. 44 Cats, created and directed by Iginio Straffi, manages to reinterpret the Zecchino d’Oro (children’s song festival) classic with a modern look and an extraordinary level of animation quality.”

44 Cats has already been picked up by Nickelodeon (multi-territory), Discovery Kids (Latin America) and Super RTL (Germany), with broadcast deals in France, Russia, UK and other major territories in the works. The series was recently presented to an excited crowd of preschoolers during the opening weekend events at the Giffoni Film Festival, one of the top kids’ film festivals in Europe. 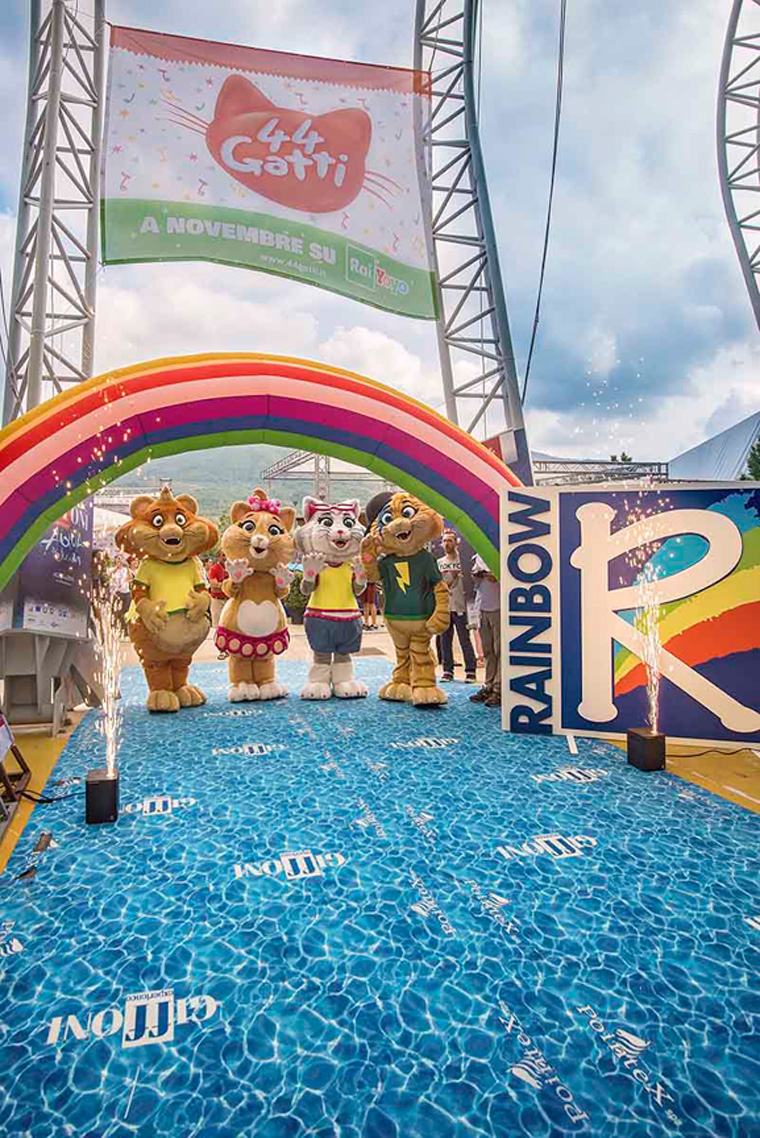 The stars of 44 Cats claw the blue carpet at the kid-centric Giffoni Film Festival 2018.