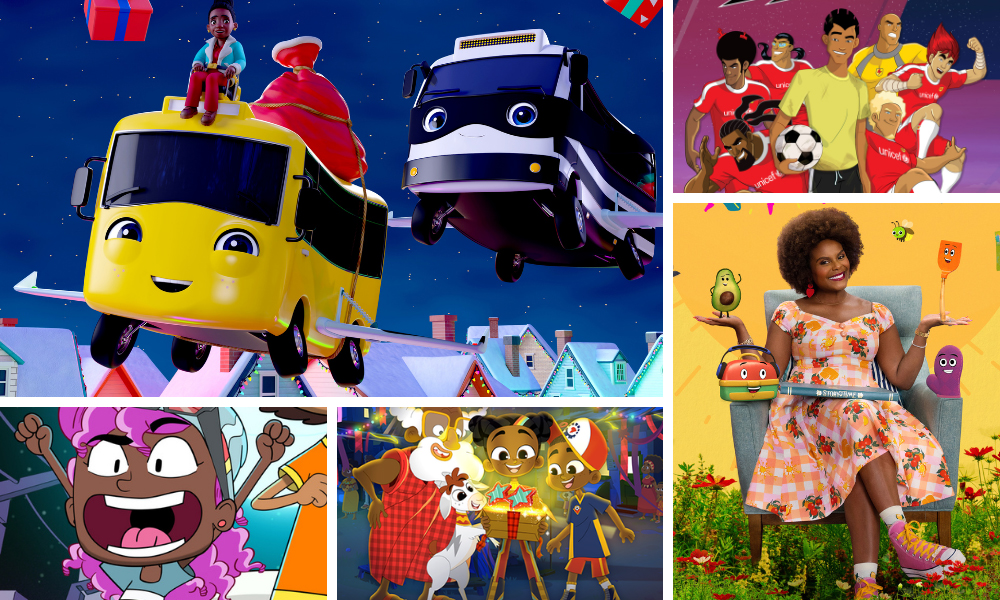 “We have a variety of new, diverse Originals that are perfect for our kids and family holiday slate,” said Nadine Zylstra, Head of Family, Learning and Impact for YouTube Originals. “With themes such as giving, kindness and friendship, we are excited to wrap up the year and celebrate all holidays with content that continues to inspire our community of young viewers along with their families around the world.” 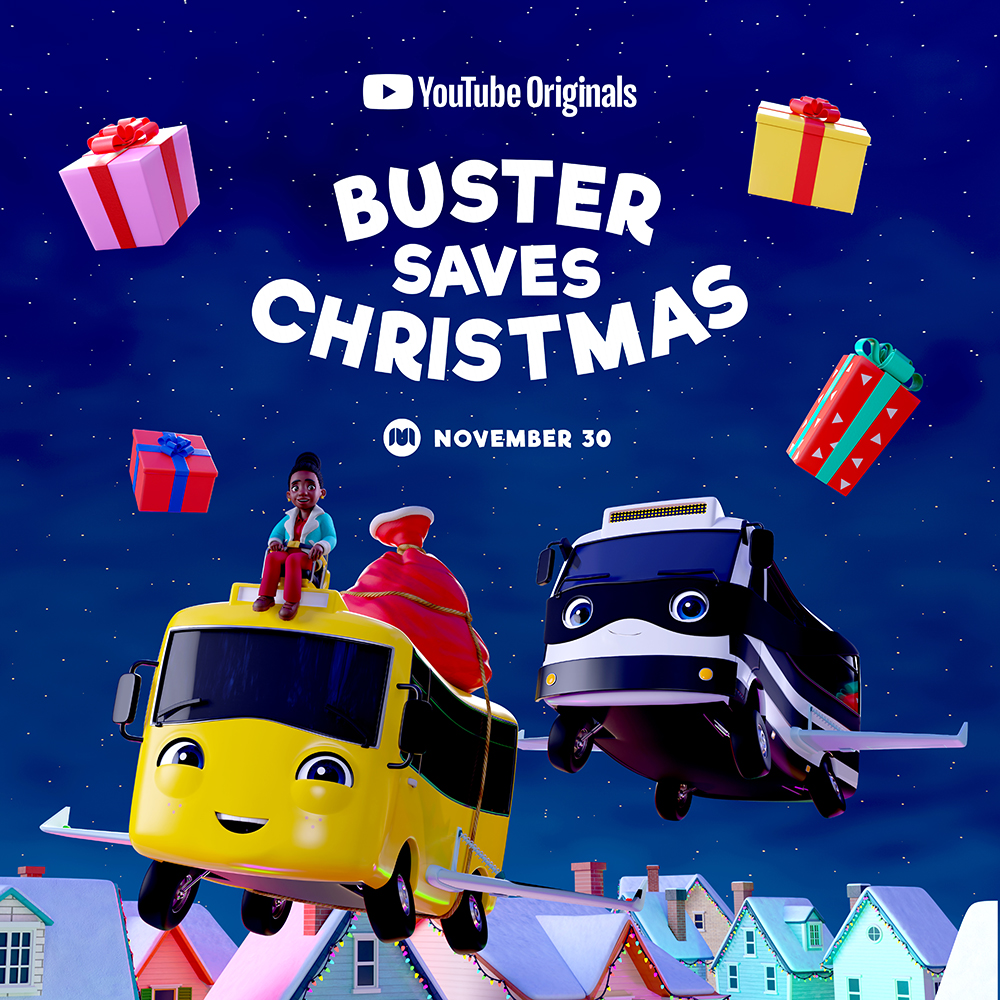 In this exclusive musical holiday special, the beloved Buster the Bus must step in to save Christmas when Santa is injured and his sleigh goes missing. With the help of Wheelieville’s top mechanic (and former North Pole engineer) Jada, Buster perseveres and overcomes big obstacles to make sure all the Christmas presents are delivered around the world. Packed with songs and festive cheer, Buster Saves Christmas is a musical event for the whole family, celebrating the joy of friendship during the upcoming holiday season. Script written by Ann Austen (Emmy winner for The Snowy Day, Barbie Princess Adventure, Molly of Denali, Power Rangers). The series is produced by Moonbug Entertainment, the global entertainment company behind popular YouTube channels like Moonbug Kids and Little Baby Bum. 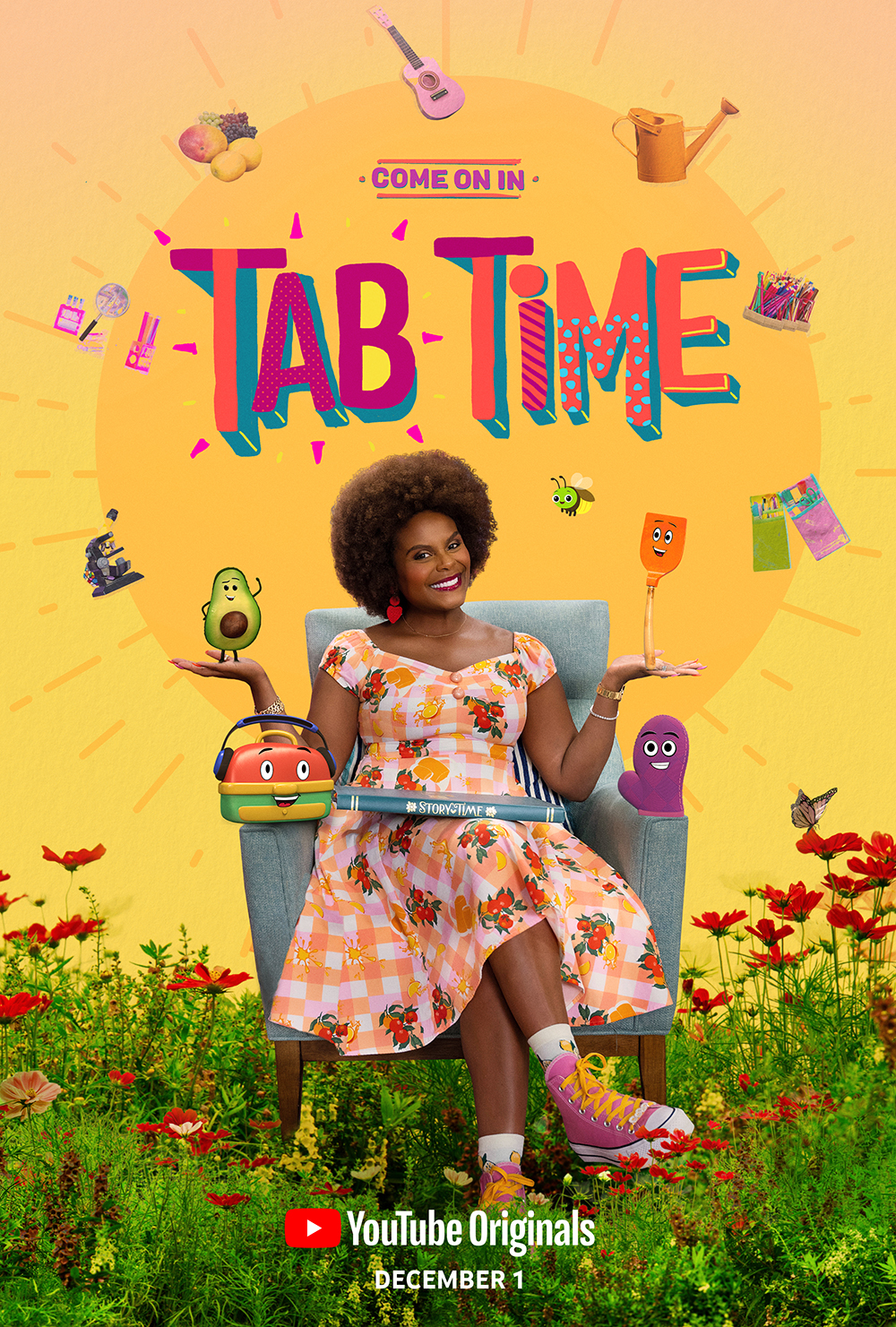 From Kids at Play and Scale Productions comes Tab Time, a hybrid preschool series starring Tabitha Brown, an actress and vegan foodie who has become one of the most visible social media personalities today. Tabitha or “Ms. Tab” as the kids call her, taps into her natural capabilities as a cook, story teller, mom and motivational leader, to teach children how to live their best life. In the series premiere, “How Things Grow,” Ms. Tab and Avi the Avocado (Miles Brown) are curious about how things grow, from the smallest seed to the tallest tree. Farmer Seymour Sprout (Lil Rel Howard) teaches us a special lesson with fruit, plus Ms. Tab is joined by her friends Lenny the Lightning Bug (Anna Camp), Burnie the Oven Mitt (John Michael Higgins), Starla the Spatula (Ashley Nicole Black), DJ Khrafty (Jermaine Fowler) and Lovey as she explores how growing and changing makes us feel. So put on your adventure shoes and join in! (Watch the previously released trailer here.) 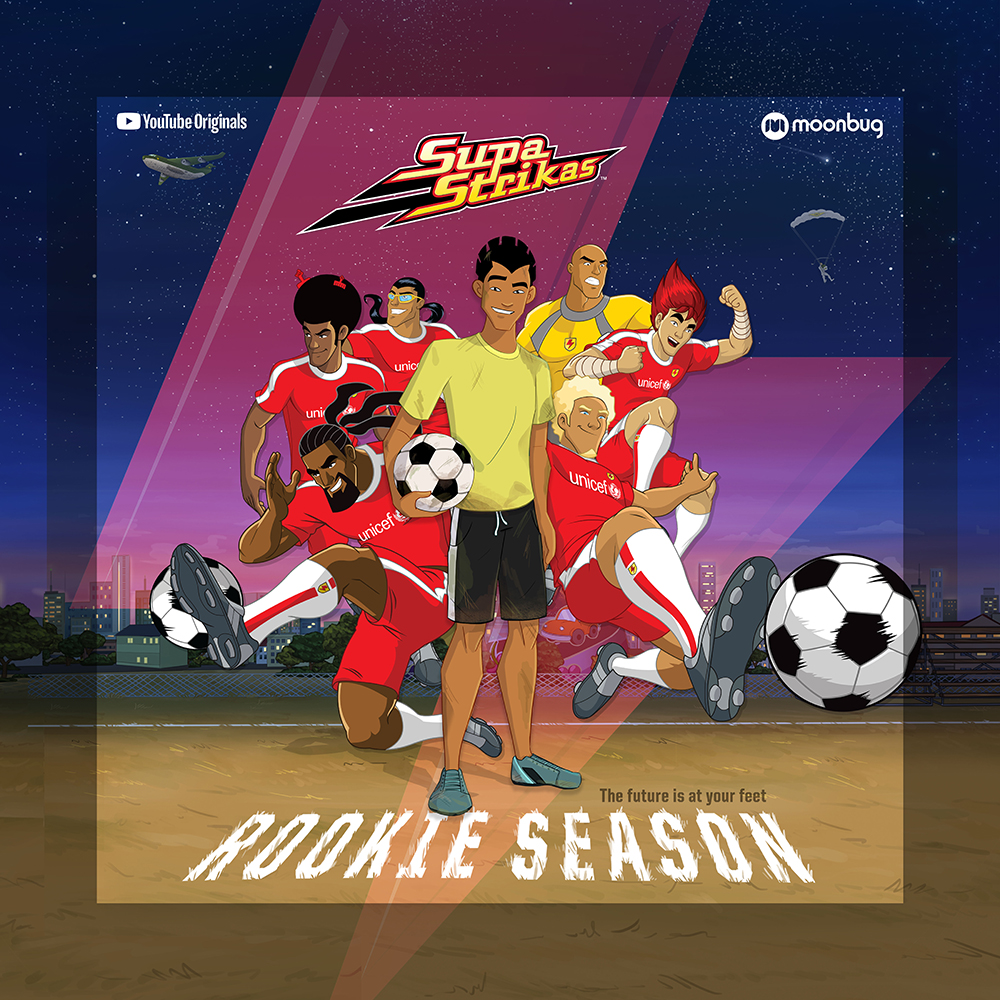 Go back in time with Shakes to find out how he made the world’s greatest soccer team, the Supa Strikas! This school-age prequel animated series will uncover some earth-shattering revelations for fans of the popular show and the pan-African team. In collaboration with UNICEF, this series aims to teach school kids (ages 6-12) about the importance of perseverance and gender equality. In the premiere episode, “Striking Out,” Shakes and his best friend, Skarra, are the stars of their local club — but when Super League opportunity knocks, Shakes must decide: prepare on his own or with his friend? Meanwhile his other best friend has a plan for him to train like a Supa Strika… What could go wrong? The series is produced by Moonbug Entertainment. (Watch the previously released trailer here.) 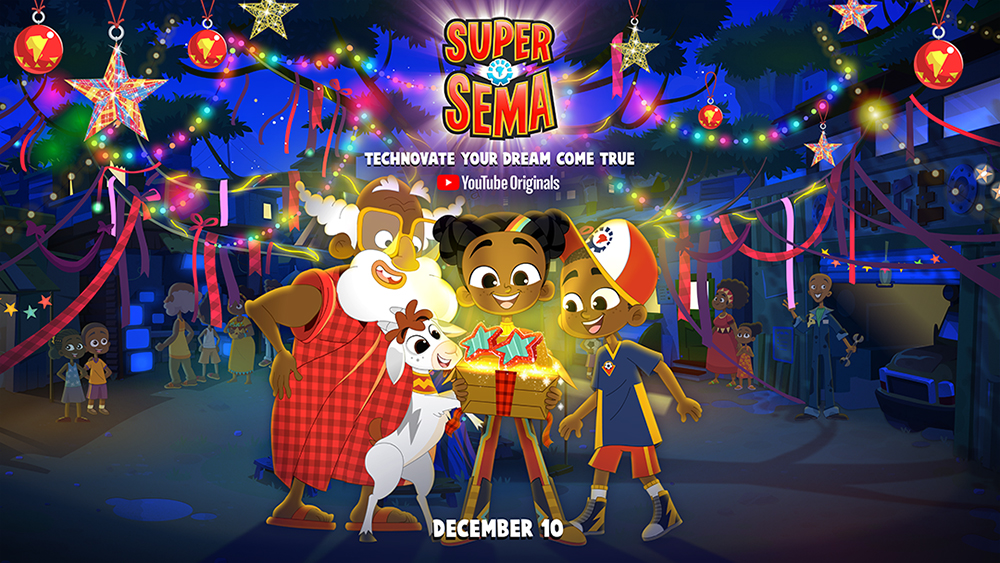 New Holiday Special Episode at 9 a.m. PT / 12 p.m. ET The popular STEAM-themed YouTube Originals animated series produced by Kukua with executive producer Lupita Nyong’o is back with a brand new holiday special. As her friends and family prepare for their Day of Dreams celebrations, Sema announces her wish to see snow, something her African-futuristic town of Dunia hasn’t seen in hundreds of years. Will Super Sema be able to “technovate” her dream come true? Or will her nemesis, the artificially intelligent robot tyrant Tobor, be proven right that dreams are just human nonsense? (Read more about the series here.) 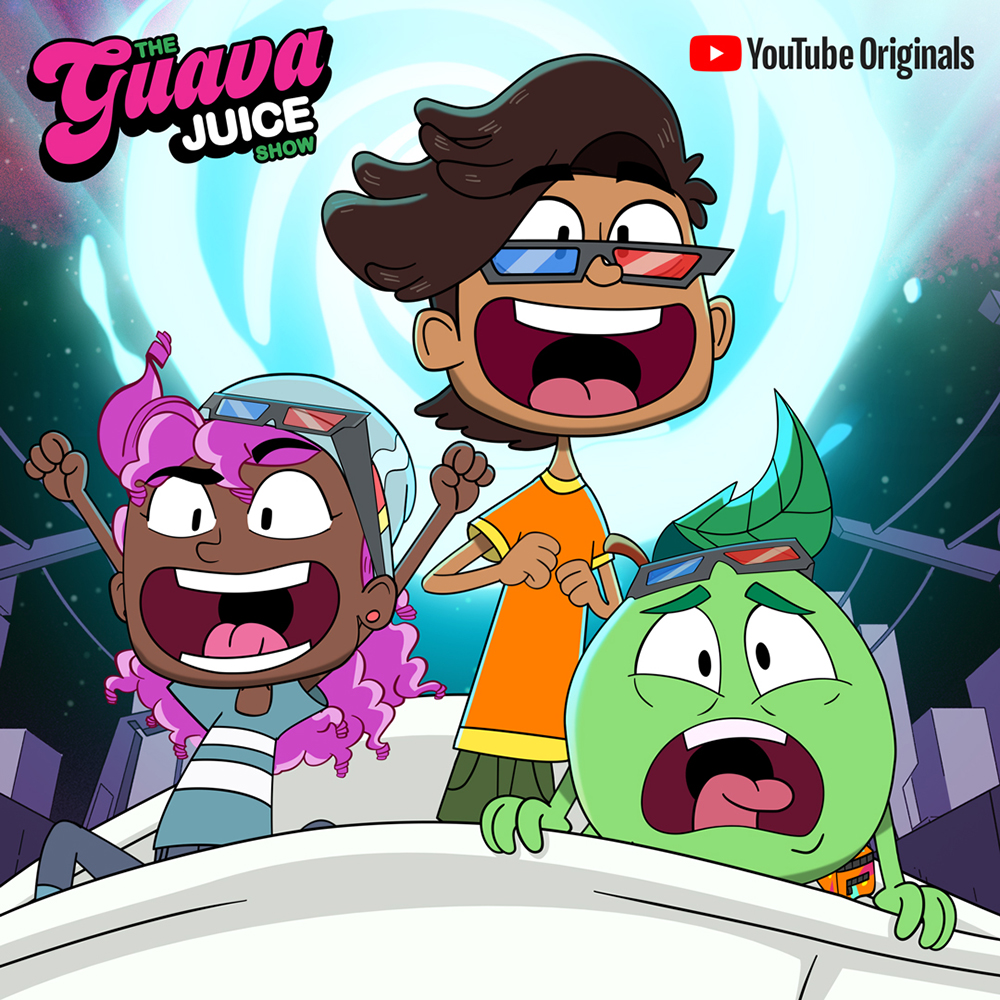 Sneak Peek at 7 a.m. PT / 10 a.m. ET Fans of the Guava Juice YouTube channel (16.8 million subscribers) will get a sneak peek at the new upcoming animated comedy series The Guava Juice Show when the first episode drops on the channel on December 30. The show follows the extraordinary adventures of 14-year-old Roi (played by YouTube superstar, Guava Juice’s Roi Fabito) and his best friends, fellow teenager Jenny (Bethany Brown) and the neurotic talking Guava (Adrian Petriw) as they work at a mysterious curio shop and travel to parallel worlds and dimensions throughout the multiverse in a magical bathtub. The Guava Juice Show is produced by Studio71 and Mainframe Studios.