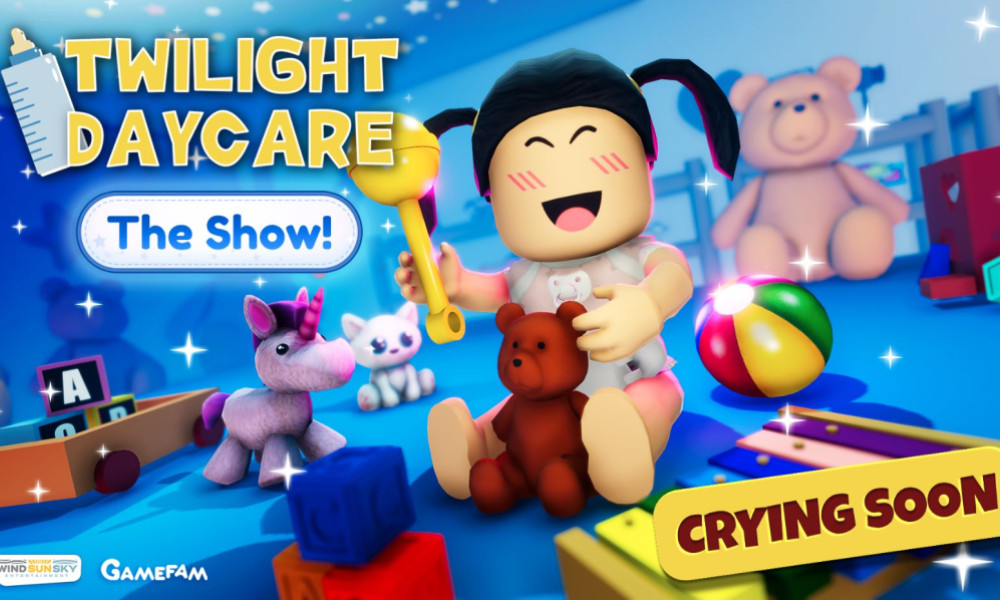 Wind Sun Sky (WSS), the production studio behind Amazon Prime Video’s Invincible, and Gamefam, the world’s first and only fully dedicated Roblox publisher and developer, are combining their areas of expertise to expand the Roblox gamers’ journey with the production of a Twilight Daycare digital series this fall.

Twilight Daycare launched in March 2021 and has rapidly grown, reaching a monumental fanbase of more than 3 million unique users on its biggest days. The game invites fans to play as babies, toddlers or caretakers in an immersive role-play world. In Twilight Daycare, babies rule and caring and nurturing are everything as players experience feeding, changing diapers, toys, learning and incredible excursions like a trip to the beach and pony rides!

Gamefam has a growing portfolio of over 20 live games on Roblox that drive over 500 million monthly gameplay sessions with Twilight Daycare being one of the company’s biggest hits, and one of the biggest experiences in the metaverse today.

The Twilight Daycare digital series is the first Roblox game that will be adapted and produced by the accomplished Wind Sun Sky team. Catherine Winder, CEO and Executive Producer of WSS, is no stranger to adapting IPs for the screen: Her background includes expanding the Angry Birds mobile app into the Angry Birds Movie and sequel. She also led the team that brought Star Wars into the world of animation with Star Wars: The Clone Wars. Her skilled team of creatives are paving the path of immersive Roblox experiences, starting with Twilight Daycare.

“At WSS, we look for content with transformational, cross-platform, brand-building potential that challenges us creatively and we can sink our teeth into. Taking Roblox content and elevating it to other platforms called out to our team as our next adventure,” said Winder. “Gamefam’s Twighlight Daycare is the perfect fit — it’s a fun, irreverent and hilarious world ripe for storytelling.”

Roblox truly is the metaverse for this younger generation,” said Gamefam CEO Joe Ferencz, “and what that means is we have the opportunity and privilege to create hits like Twilight Daycare, that provides millions of hours per week of incredible fun for tens of millions of players all over the world. Now, through partnering with Wind Sun Sky, true innovators of adapting content across digital platforms with global IPs, we’re extending the Twilight Daycare Roblox experience and inviting fans to engage with the property in a brand new, delightful way that highlights the IP creation opportunities in the metaverse —  this is where the next generation of super hit franchises will come from and we’re so excited to be pioneers in bringing that to life with Wind Sun Sky.”

Social simulation metaverse games, such as Twilight Daycare, empower players to make their own decisions and define their own narrative. For the first time, that feeling will be replicated within a digital series, as players’ gameplay in Twilight Daycare will impact each episode —  truly offering fans a direct way to engage, and see their stories come to life.

“WSS is leading the way in the digital, multiplatform world —  from superheroes on Amazon Prime to live animated Singing Monsters on YouTube, we’re coming at this from all angles. Having the opportunity to reach a new, built in audience that already loves this franchise is a dream come true. These fans are already excited, and together with Gamefam, we’re able to expand, immerse and engage this audience in a whole new way to bring them something truly game changing,” added Winder.