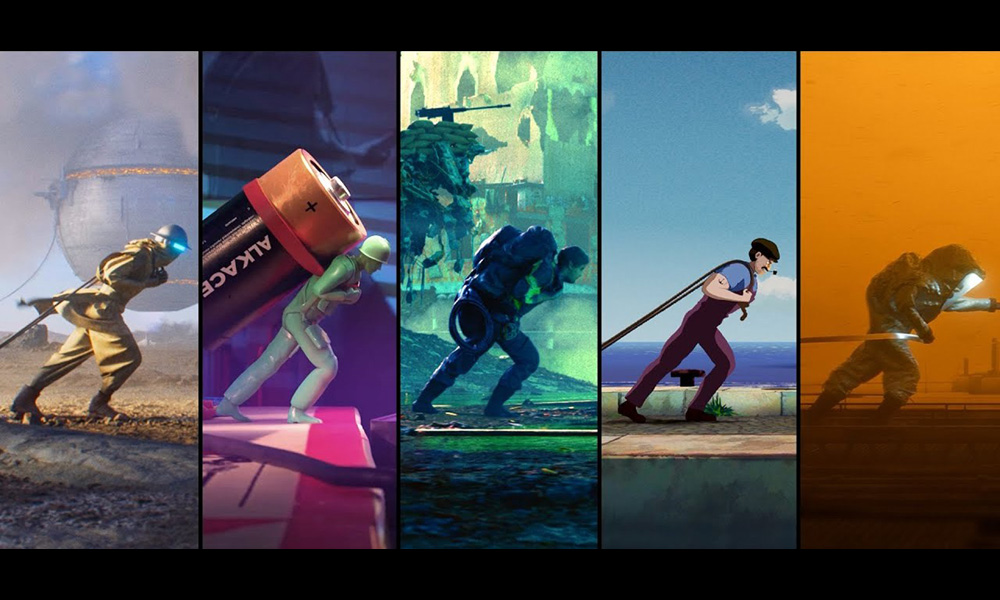 Nothing keeps the creative juices flowing and the skills finely honed like the occasional animation challenge — and the recently debuted montage of 3D/VFX artist Clinton Jones’ “Alternate Realities” challenge is certainly proof. The 11-minute piece combines 100 CG renders set in vastly different worlds, all built around the same walking animation. The result is a mesmerizing rapid-fire jump through a multiverse of artistic visions that will both draw you along and have you reaching for the pause and rewind buttons more than once.

The Alternate Realities CG challenge ran over the last month, providing participating animators around the world with Jones’ base animation of a burdened figure struggling through a post-apocalyptic city — from which the artists had to create a unique environment. The challenge received submissions from 2,400 potential contributors, and the top 100 renders were chosen for the final montage. It took “six intense weeks of work, two all-nighters, and an incredible community of artists to get to this point,” Jones wrote in the release Tweet.

The final montage presents a universe of unique landscapes, situations and styles — starring every sort of character from animals, androids and astronauts, to shamanic creatures, warriors, toys and Storm Troopers. The renders also run the aesthetic gamut from photoreal to cartoony — including impressive mimics of hand-made stop-motion, paper cut-out and even Ghibli-style 2D animation.