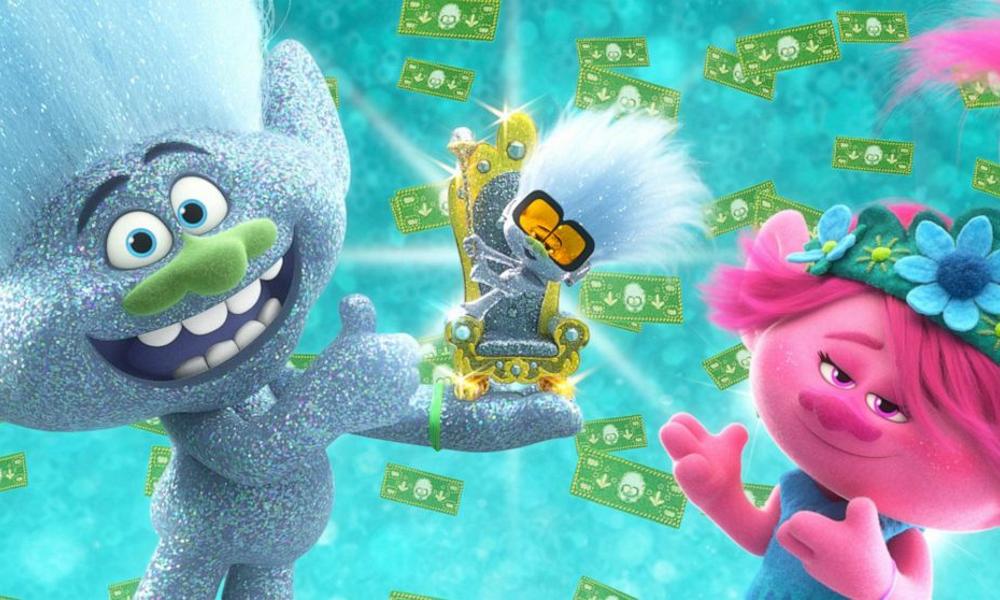 FandangoNOW reported Monday afternoon that Trolls World Tour took a long lead in the service’s most popular streaming titles, helping it attain its best weekend in the VOD platform’s history. The title is officially FandangoNOW’s most pre-ordered title of all time, best-selling opening day film and best-selling film during its first three days of digital release.

Trolls World Tour is currently the No. 1 title across all major VOD platforms, including Amazon Prime Video, Apple TV, DirecTV, FandangoNOW, Google Play, Vudu, Xfinity and YouTube. (Find out where to catch the flick at WatchTrolls.com.)

The Walt Dohrn-directed sequel (which you can read all about here) was on the verge of its theatrical release when COVID-19 precautions started shutting down cinemas around the world, with marketing in full swing as well as promotional partnerships, celebrity engagements for Troll voicers Justin Timberlake, Anna Kendrick, etc., and merchandising, which influenced the studio to go all-in on a VOD launch rather than push back a big screen release.

While digital/video revenue figures are not monitored in real-time by a central system like theatrical box office — instead relying on individual platform’s weekly reports directly to studios — the”new normal” of blockbuster digital-first opens may harken in a new era of transparency.