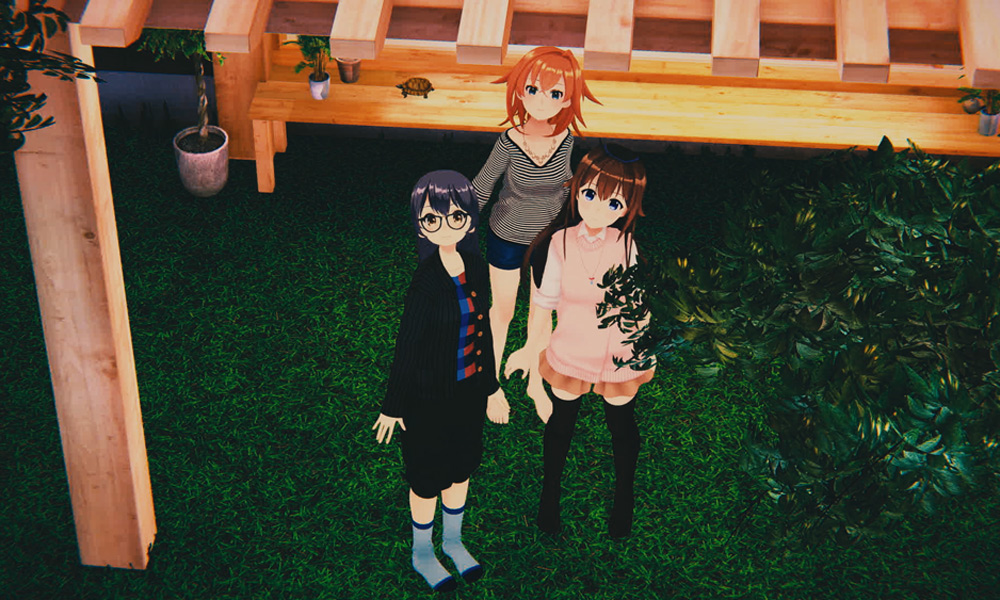 VTubers are represented by a 3D CG avatar created by motion-capture technology, and the number of VTubers are increasing every year, with more than 8,000 VTubers now in Japan.

Watanuki-san-chino is about the daily life of three sisters, the Watanukis, who live in Tokyo — played by three popular VTubers. Even though there are no live-action scenes, the program is categorized as sitcom about VTubers, and not as “animation.”

“I have been producing many drama series and live-action movies. It was when I was devising a plan to do something crazy which no one had ever done that I found about VTubers. There were 6,000 VTubers at that time already, so I thought I could find someone interesting,” said series producer Kimitaka Goka, TV Tokyo. “Unlike animation. which involves drawing and painting and voice over by actors, a VTuber can really act by moving and reciting in studio. I thought it would be interesting to make something narrative with them.”

For the first program, the workflow for the production was still experimental. To help build that workflow, Goka asked Kei Akatsu of Tokyo’s helo Inc. for technical help.

“We only had a month to prepare for shooting, so we had to gather equipment right away. As this project has no precedent, we first spoke to Blackmagic Design about what kind of equipment could be used for recording this project, and we tested and decided to use HyperDeck, Teranex AV and Video Assist to our studio,” said Akatsu, who is also a producer of the series.

“There were about 1,000 shots for one episode. To manage such massive footage, we needed to record with timecode. Also the finished project had to be 4K, so the equipment had to be 4K supportive,” said Koki Nagaoka, an assistant producer from helo inc.

To shoot the series, the three starring VTubers were recorded performing at a motion-capture studio, with 3D CG real-time rendering and four camera shooting simultaneously, processed using the Unity game engine. Blackmagic Design’s HyperDeck Studio 12G and Teranex AV were used for recording, while camera outputs from the Unity PC were sent to the Teranex AV to convert frame rate and embed the ambient sound of the studio. Then the video embedded ambient sound and was sent to the HyperDeck 12G for recording onto SSD. Also, another output feed from Teranex AV was sent to a Video Assist for preview.

“We used the Video Assist to preview all four camera feeds at once, which was for the director to check if all the cameras were positioned at the right places,” said Nagaoka. “Our studio was small so we had to work all of the gear from a single desk. As Blackmagic products are compact, they can fit in such situations well.”

DaVinci Resolve Studio was used to grade the series.

“The original 3D CG itself has a lifeless feeling, and we didn’t have time to set up lighting precisely so the look was very flat. It didn’t suit the feeling of the story as it was, so we graded the footage to amber and added more shading to create a warm look using Resolve. If we tried to do the similar color and lighting adjustment in Unity, it would take so much time and processing power. Grading with DaVinci Resolve, we could obtain the look we aimed for within the limited production time,” Nagaoka concluded.

Quotes have been edited for clarity. 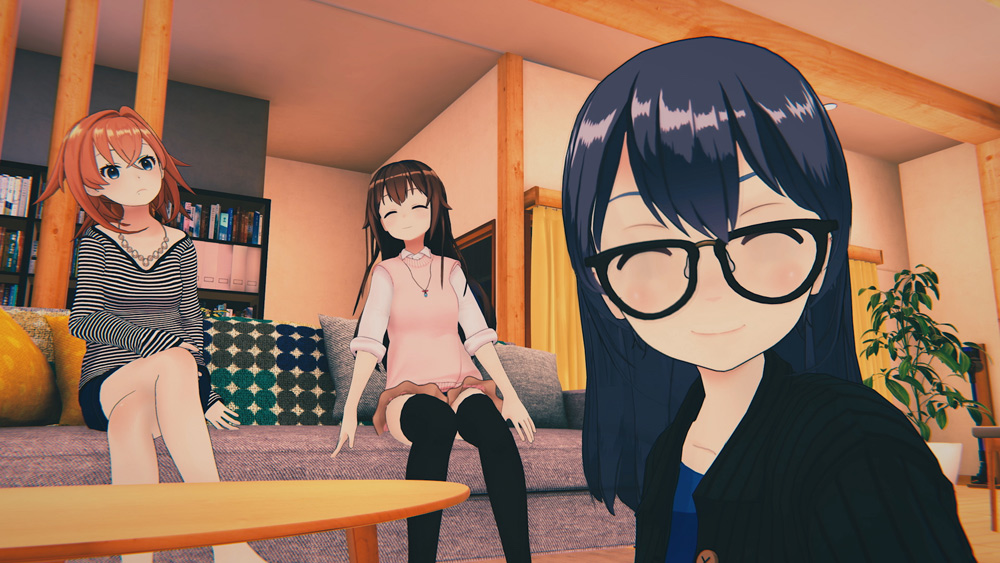 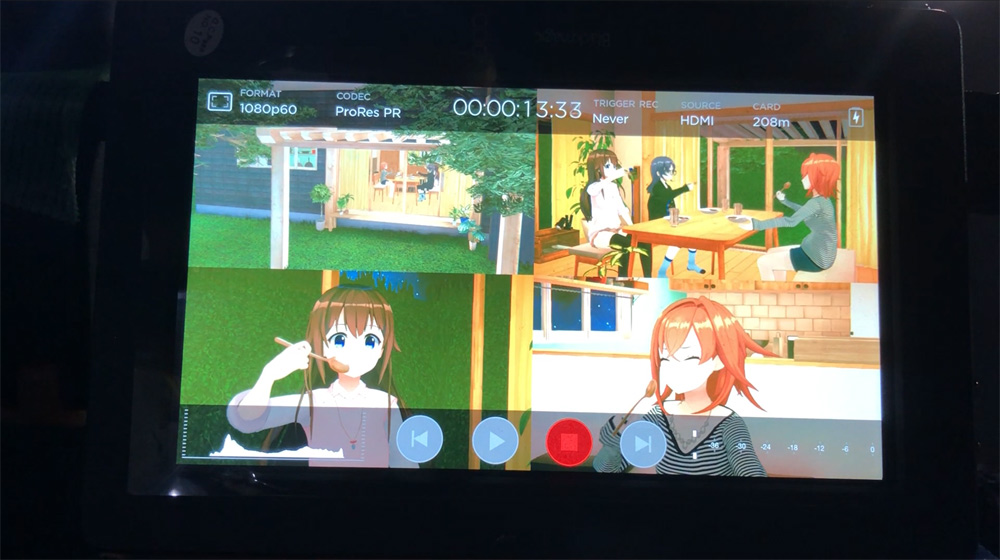 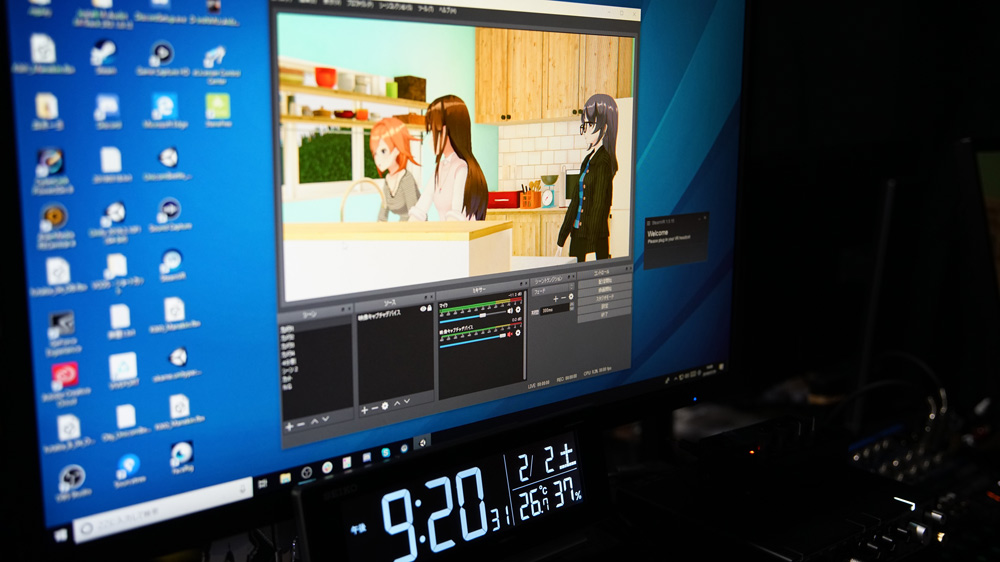 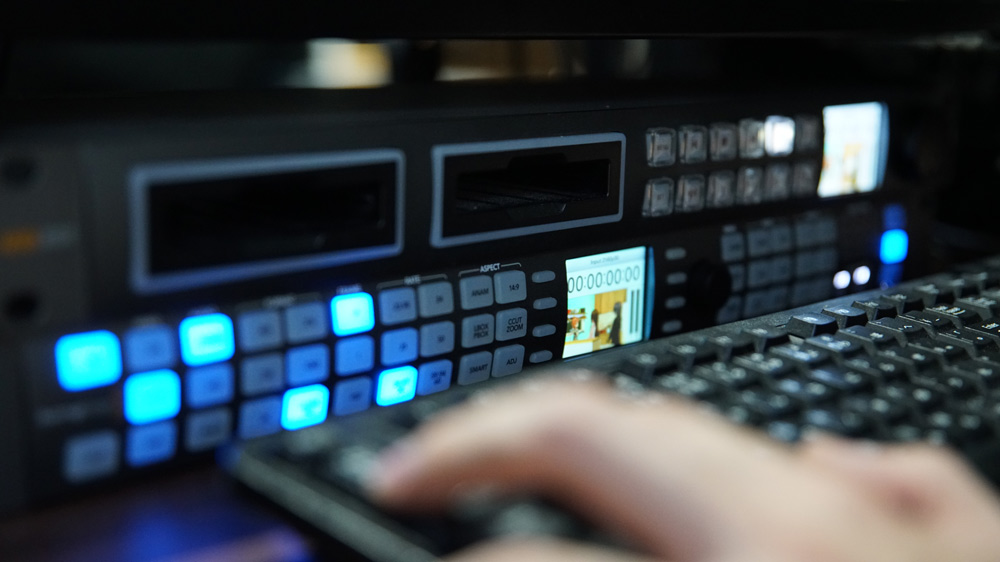 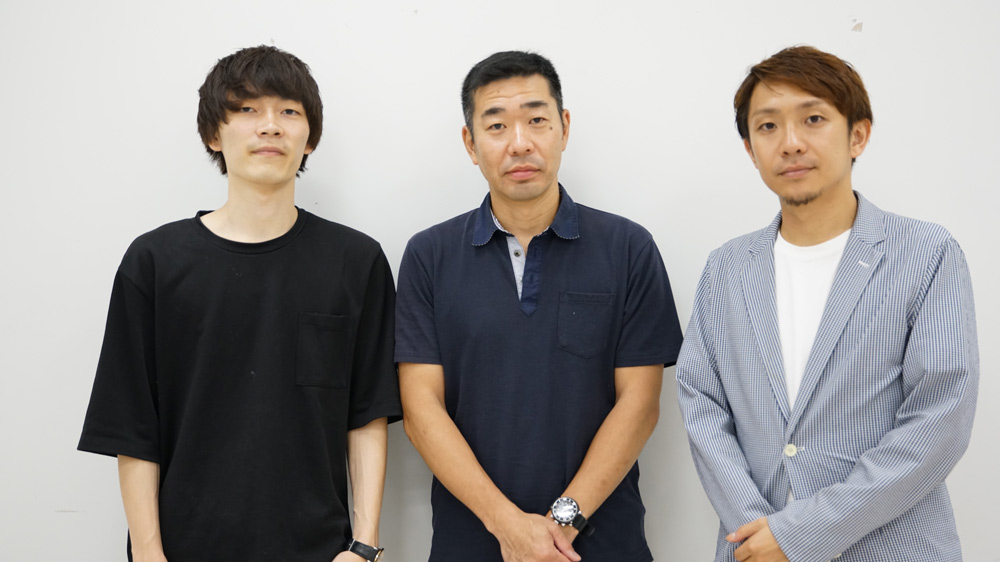