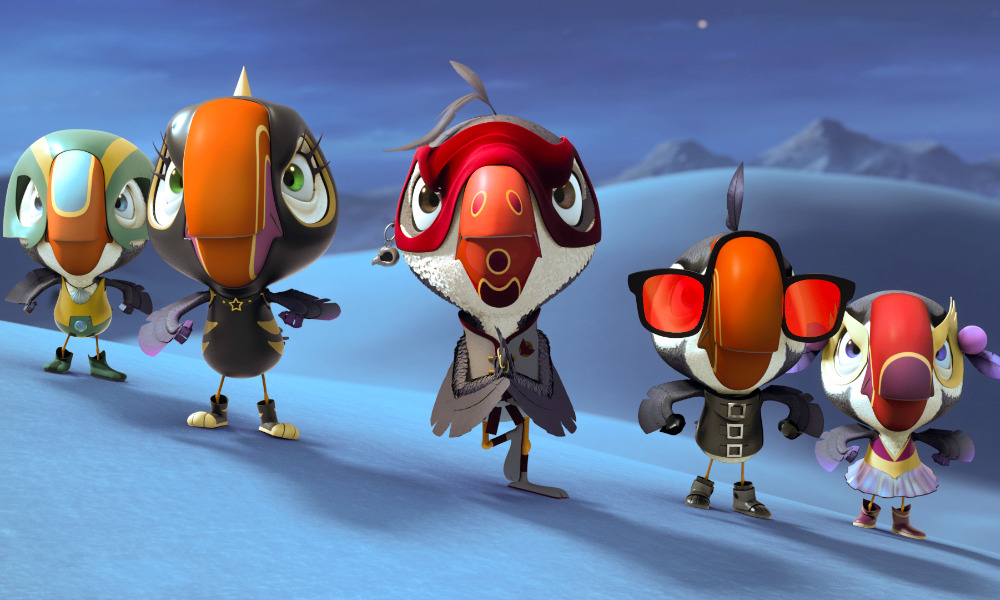 On the tailfeathers of the global success of animated series Puffins, a new action-packed family adventure is ready to take flight in Puffins Impossible — starring Johnny Depp as the voice of leading bird, Johnny Puff. Produced by Iervolino & Lady Bacardi Entertainment (ILBE) with Peter Nalli as showrunner, the 18-episode first season launched April 9 to buy or rent on the Apple TV app, Amazon Prime Video and Google Play.

Puffins Impossible follows the adventures of five Arctic avians: Johnny Puff, Didi, Pie, Tic and Tac. Every day was just regular fun for our puffins … until they touched a meteor and unleashed incredible superpowers of speed, strength, intelligence and empathy. With help and guidance from their mentor Johnny Puff, they transform into Tactik, Didi Damage, Megapie and Mystic — a unified superhero team. While they are still just puffins with their own disagreements and issues, when help is needed, they are quick to put their differences aside, suit up and fly out to save the day. 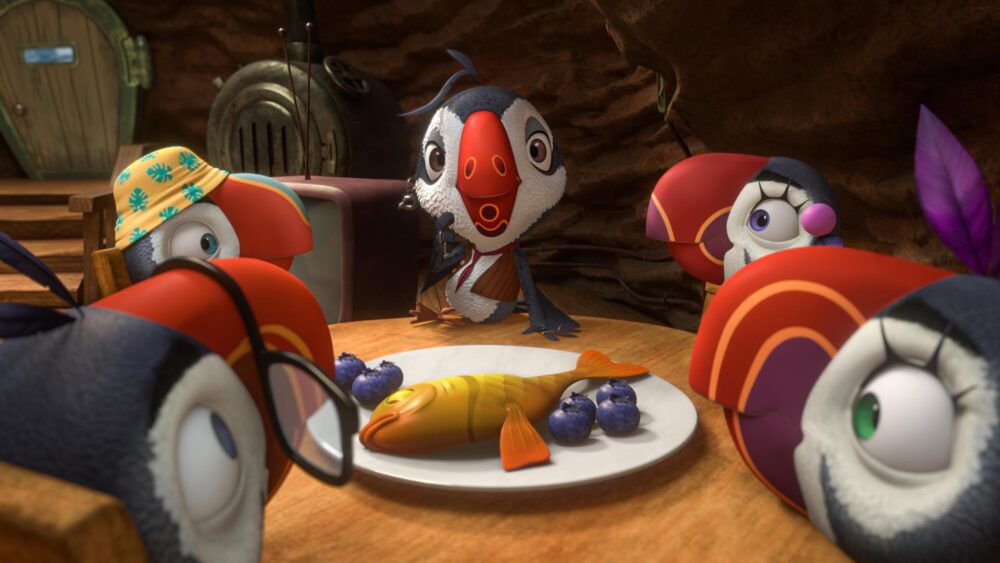 Themes such as gender, racial equality and environmental protection are among the important and universal issues addressed throughout the series. Amidst the absurd situations and hilarious gags, kids are entertainingly introduced to these important themes resonating in society today.

Puffins Impossible is the first animated series produced in the Republic of Serbia in coordination with ILBE’s daughter company, Iervolino Studios, where it was created, and Archangel Digital Studios in Belgrade. 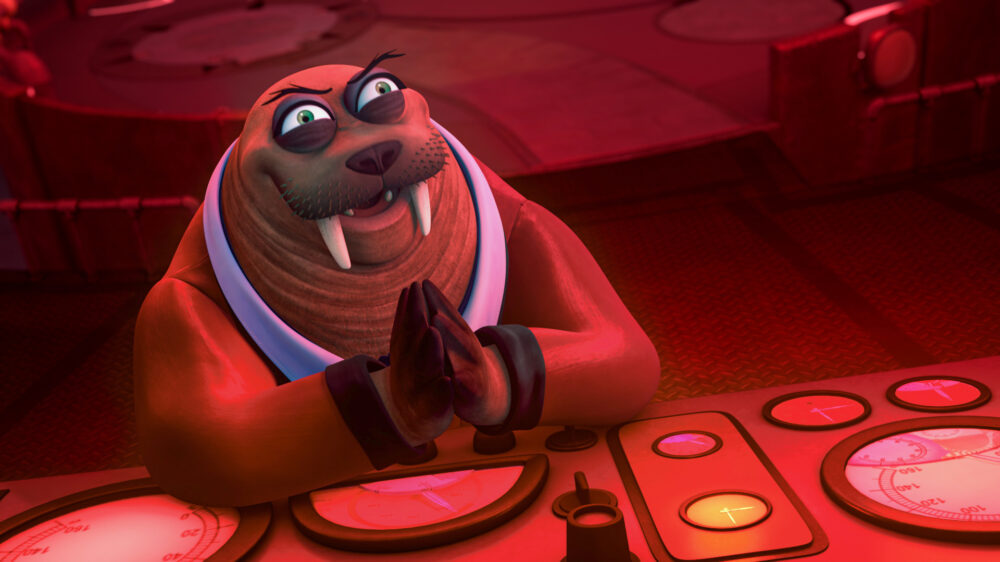 Puffins was born of the popular feature film Arctic Dogs, released theatrically in 2019 and becoming a top-rated animated film on Netflix. ILBE acquired the spin-off rights of the characters from the original film, including all merchandising rights, commercial exploitation, soundtrack and print publishing rights, and created Arctic Friends as a short-form animated series of five-minute episodes. The increased popularity of Arctic Friends led to Puffins. 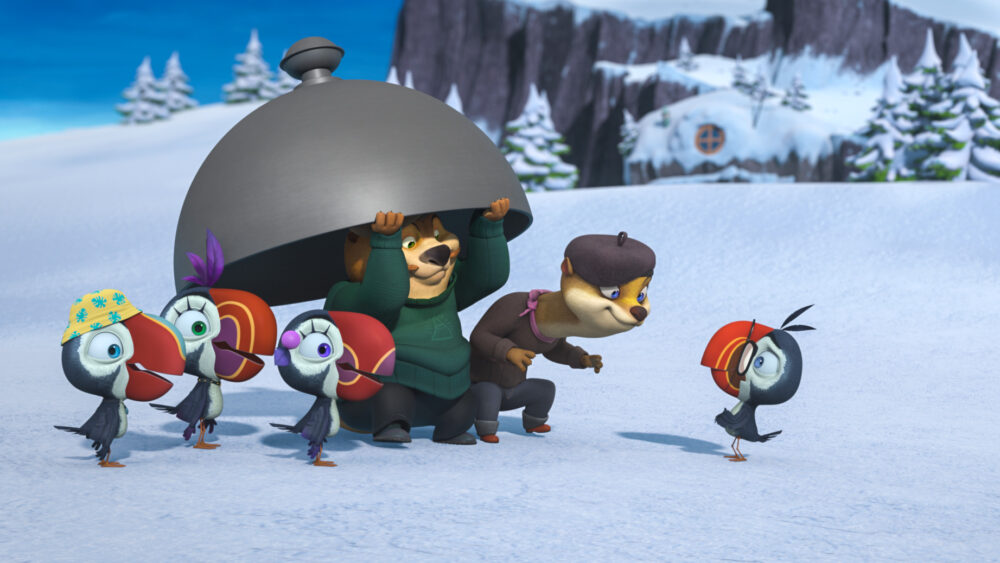 “The tremendous response we’re seeing to the Puffins franchise is incredibly encouraging and speaks to the global demand for innovative high quality short animated family content adapted to all screen types, including mobile phones for streaming platforms worldwide, which we are dedicated to making in Iervolino Studios in Serbia alongside our partners at Archangel Studios,” said producer Andrea Iervolino. “Puffins Impossible is a fun, engaging spin-off, true to the ethos of the Puffins franchise that has brought enjoyment to kids around the world.” 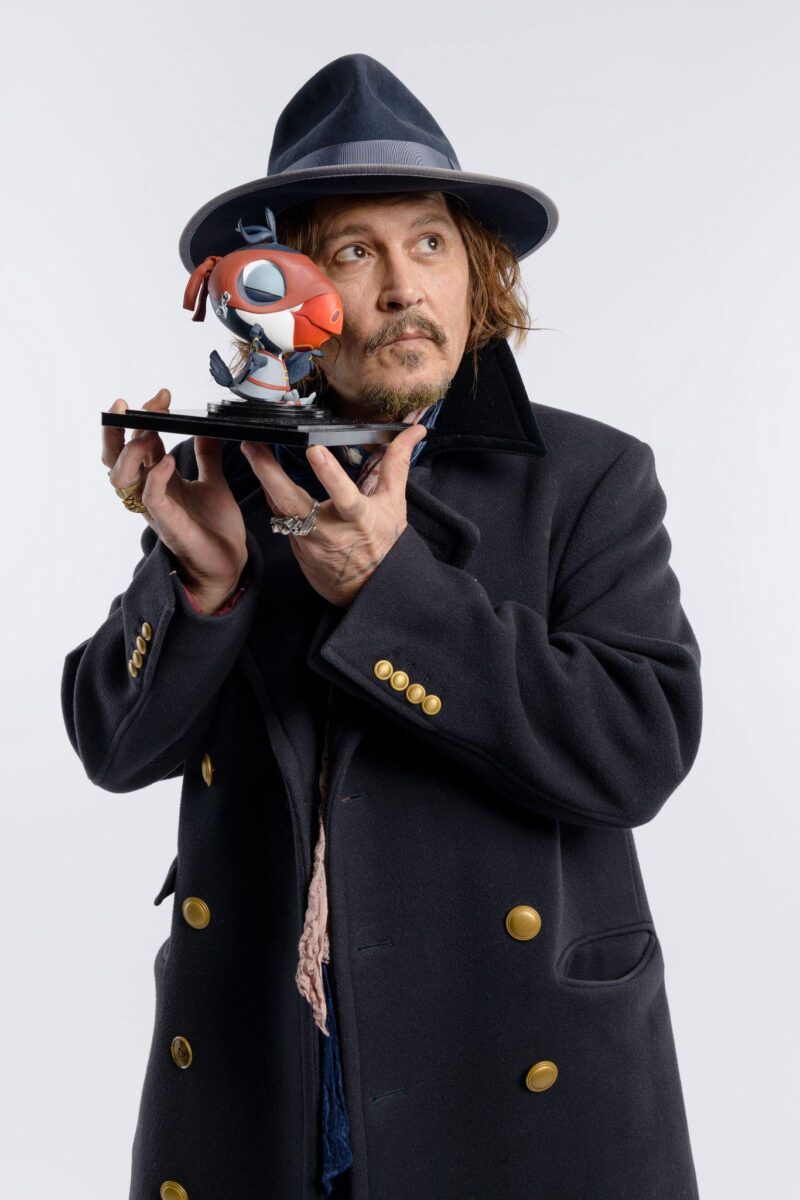