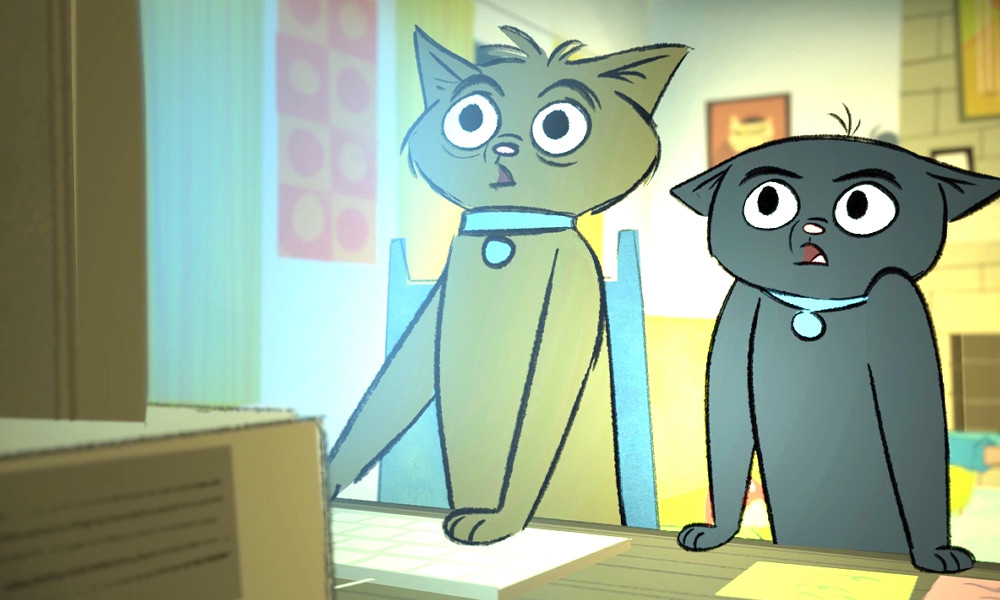 A new NFT (non-fungible token) project tied to Mila Kunis and Ashton Kutcher’s adult animated series Stoner Cats sparked a crypto-buying frenzy this week. As the series is only available to watch for NFT owners, over 10,000 NFTs were sold out within 35 minutes of launching sales on Tuesday. Cards featuring characters from the series of shorts priced at 0.35 ETH (worth over $800 at the time) raised $8.4 million.

Stoner Cats is described as a “strangely touching story” about a modern, progressive octogenarian named Mrs. Stoner (voiced by Jane Fonda) living with Alzheimer’s Disease. When she accidentally hotboxes her cats with a mysterious strain of medical marijuana, her feline friends begin talking to each other. The show follows along as these Stoner Cats strive to protect their hapless human from a variety of accidents.

The stellar voice cast also features Kunis as Fefe, “The Alpha”; Kutcher as Baxter, “The Hackster”; Vitalik Buterin as Lord Catsington, “The Spirit Guide”; Seth McFarlane as Dave, “The Free Spirit,” and Reginald, “The Sophisticat”; and Chris Rock as Hamilton “The Bold.”

Produced by Kunis’ Orchard Farm Productions, Stoner Cats was developed by industry vets Chris Cartagena (The Grinch, Happy Feet), Sarah Cole (Spider-Man: Into the Spider-Verse) and Ash Brannon (Surf’s Up, Toy Story 2), and each five- to seven-minute episode is created by a three-person team.

The Stoner Cat NFTs are able to be resold on secondary markets like Opensea, commanding even higher prices than the initial $800 investment. A “Ms. Stoner” card sold for 30 ETH ($69.7K) and offered for resale with a 35K ETH price tag ($81.3M). The Stoner Cat NFT creators get 2.5% of every sell-on transaction.

Ethereum’s Ether managed to hold on the strongest among tumbling cryptocurrency prices on Friday, following a negative report from the International Monetary Fund and new that the U.S. Congress is seriously eyeing taxing profits from cryptocurrency investment. The price for Ether only fell 1.5% in the morning, compared to 3.5% for Ripple, 2.8% for Bitcoin and 2.3% for Dogecoin.