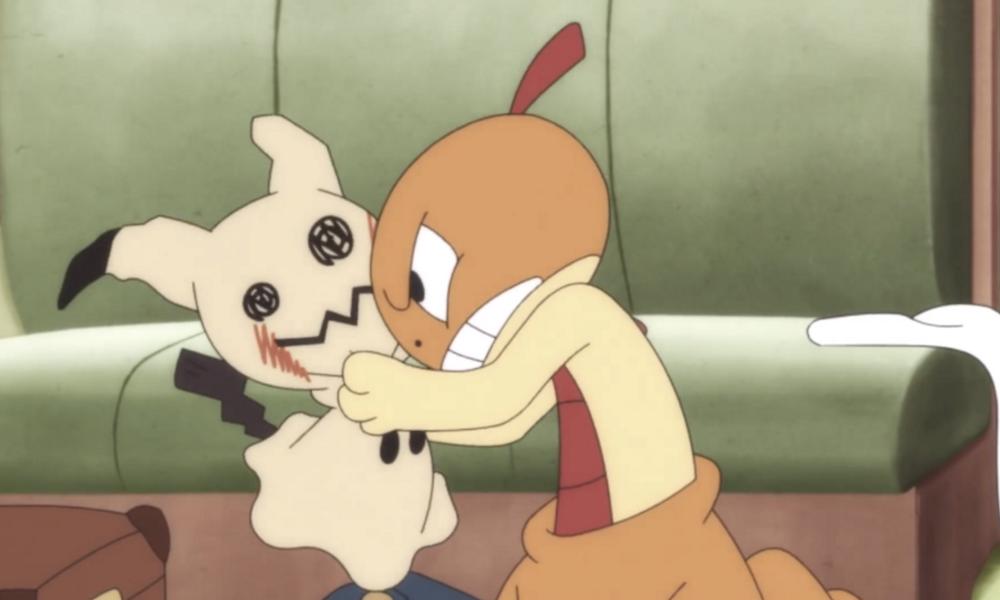 The official Japan-based Pokémon Kids TV YouTube Channel took the franchises’s popular characters in a new (or, rather, a bit old!) direction with the Thursday launch of the first “PokéToon: The Pokémon Cartoon Animation” — a dialog-free, classic cartoon-inspired 2D short complete with rubbery trains, off-the-wall physicality and raucous slapstick action.

The first installment, Chase the Beans, stars the Gen V pocket monster Scraggy (“Zuruggu” in Japanese) and Gen VII trickster Mimikyu. The duo are caught in a classic cat-and-mouse setup (or in this case, lizard and ghost) when Scraggy inadvertently boards a train while chowing down on a trail of delicious beans, and soon becomes the victim of Mimikyu’s painful pranks.