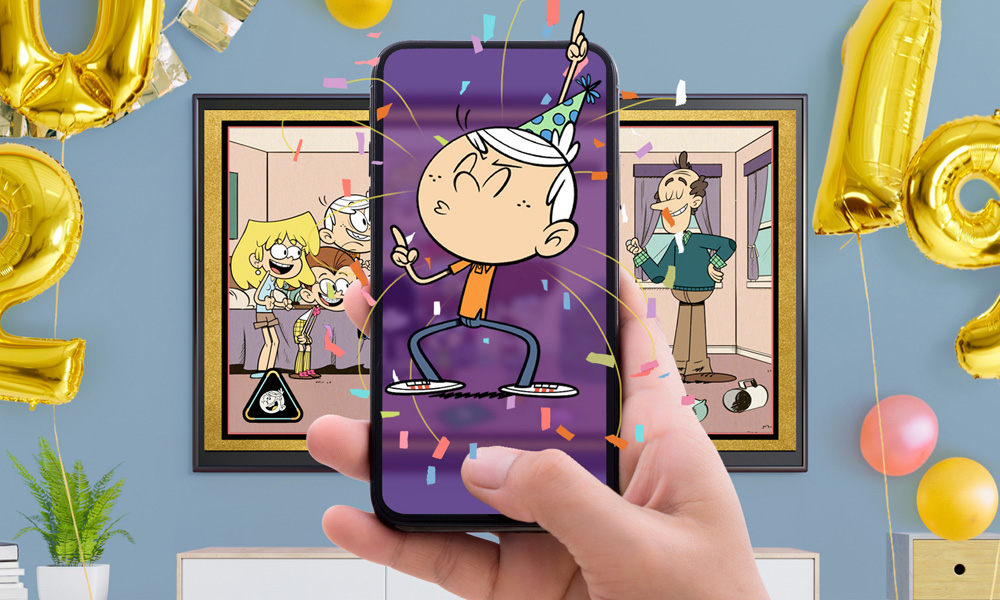 Nickelodeon will be ringing in 2019 with a celebration of top programming and an extra special “New Year’s Eve Loud House Party” — an interactive marathon of fan-favorite 2018 episodes of The Loud House. The party kicks off Monday, December 31 from 5-9 p.m. ET/PT and features AR integration using Nick’s SCREENS UP app as part of the network’s ongoing efforts to bring interactivity and gamification to the linear TV experience.

During the programming event, the show’s main character Lincoln Loud will enlist the help of viewers for an important mission: help “collect” his extensive assortment of sisters and best friend Clyde (in the form of digital AR stickers) to make his New Year’s Eve party the best ever, culminating in a big celebratory dance. Viewers should keep their eyes peeled for each collectible character to pop up in graphic overlays during the on-air marathon, which they can “capture” by pointing their phone’s camera at the TV screen. A special bonus sticker of the Loud House crowd dancing away is unlocked when you collect the whole set.

Viewers can use the Nickelodeon SCREENS UP app to collect the stickers and unlock bonus elements. The Loud House fans tuning in can also participate in live votes, meme makers, trivia and polls with real-time results tallied on-air using the app, or online at www.loudhouseplay.com.

SCREENS UP is available for download via the App Store and Google Play.

New Year’s Eve highlights across Nickelodeon channels also includes a PAW Patrol marathon from 8 a.m. to 3 p.m. — including the premiere of “Pups Save a Pluck-O-Matic / Pups Save a Mascot” at noon on Nickelodeon; “Watch-A-Thons” of movies and specials on TeenNick from 6 a.m. to 10 p.m.; marathons of The Adventures of Kid Danger and The Fairly OddParents from 6 a.m. to 5 p.m. on NickToons; and the premiere of brand-new preschool series Abby Hatcher on Nickelodeon on January 1 at 10 a.m.