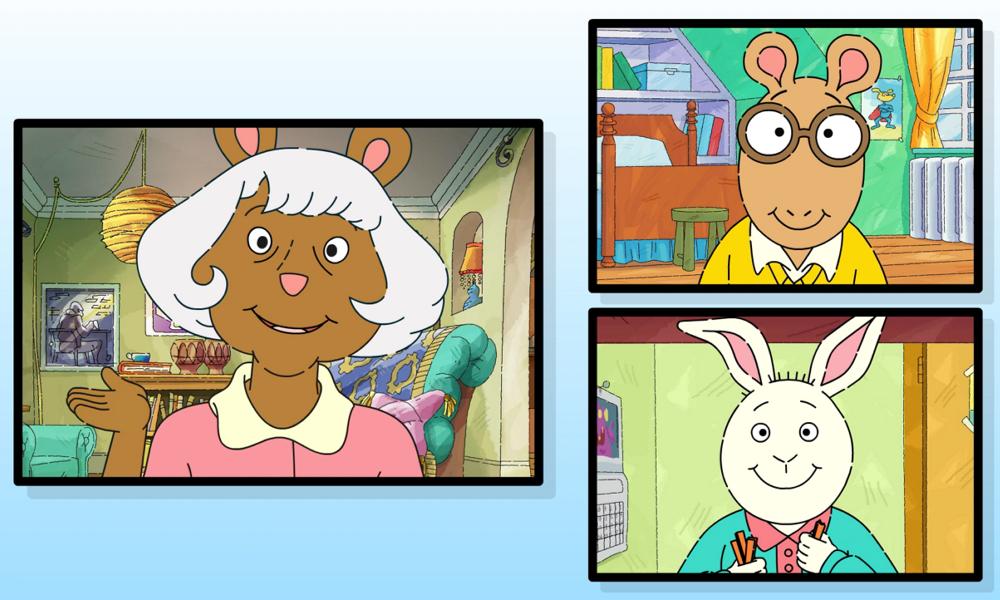 In the latest video from the PBS KIDS’ Emmy-winning animated series Arthur, young viewers are introduced to the concept of confronting racism and encouraging others to speak up against injustice. The timely short is available to watch on the show’s pbskids.org page, on YouTube, Facebook and The Source.

Arthur on Racism: Talk, Listen and Act sees Arthur and his best friend Buster turn to their lunch lady, Mrs. MacGrady, via video chat for advice on how to fight racism and stand up for what’s right. Mrs. MacGrady quotes the late civil rights leader and congressman John Lewis, telling Arthur, “If you see something that is not right, not fair, not just, you have a moral obligation to do something about it.”

Lewis, who received the Presidential Medal of Freedom from Barack Obama in 2011, had previously been featured in the Arthur civil rights episode “Arthur Takes a Stand” in 2018. The Democratic leader passed away July 17 from pancreatic cancer.

Arthur on Racism was co-written by series writer Peter Hirsch (story editor, Molly of Denali) and Kevin Clark, Ph.D, director of the Center for Digital Media Innovation and Diversity and a professor in the College of Education and Human Development at George Mason University. The video was developed in response to the ongoing Black Lives Matter protests across the country, as a way to help explain the issue to children.

This is the third in a series of video shorts from Arthur produced this spring and summer by WGBH Boston for PBS KIDS. These shorts are designed to help kids understand a variety of topics and challenges. The prior two shorts were a 2020 “commencement address” to students graduating during the pandemic and a “wash your hands” music video.

Arthur‘s ability to navigate complex and relevant topics with children has earned it a respected place in children’s television over its past 23 seasons. The series has always been committed to creating content that ensures all children can see their lives reflected in the series. With topics including dealing with divorce in a family or understanding what it means to become a citizen, the series’ history has proven its commitment to addressing issues that real kids go through, no matter how complex.

Today, Arthur remains one of the most popular and beloved weekday children’s series on PBS KIDS. Easily recognized by its timeless and joyful theme song, the iconic, award winning series, games and app have touched audiences around the world with heartfelt and humorous stories about family, friends and the challenges of growing up. Since its premiere in 1996, Arthur, which sees 8.3 million viewers per month, has reinforced values of friendship, honesty, empathy and respect, with a healthy dose of humor. Based on the books by Marc Brown, Arthur continues to showcase a wide range of kids, families, and cultures, as part of its mission to ensure that everyone can see their lives reflected in media.