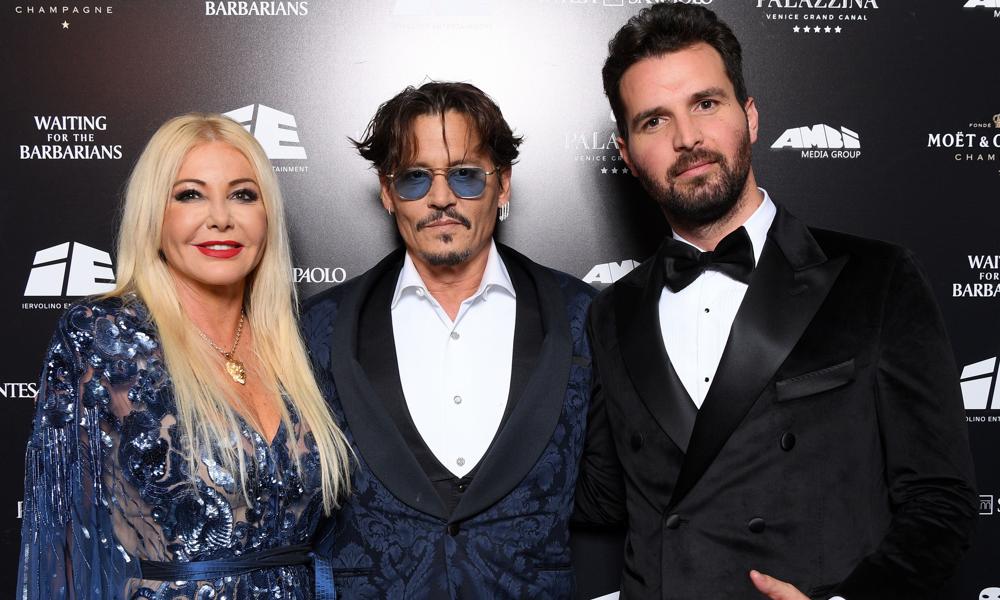 Puffins follows the adventures of a group of cute little birds, servants of the wily walrus Otto. The main characters of the series are five Puffins: Johnny Puff (voiced by Depp), Tic and Tac, Didi and Pie. They live with a tribe of puffins in the vast and technological Tana. The stories range from the bold missions of Otto, to multiple situations related to the small, fun problems of everyday life, addressing the issues of social impact in a childish way.

In an effort to promote positive messaging, themes such as gender and race equality and environmental protection are among the important and universal issues addressed in the puffin community throughout the series. Amidst the absurd situations and hilarious gags, kids will be entertainingly introduced to these important themes resonating in society today.

Puffins will be a mobile-first, short-content format animated series consisting of 250 five-minute episodes, produced by Andrea Iervolino and Monika Bacardi.

The episodes will be produced between the Iervolino Entertainment Studios in Rome and Iervolino Studios in Serbia and utilize expert animators ranging from storyboarders, directors, animators, designers and directors of photography in both countries. Collaboration between the two related studios strengthens the production pipeline through the various processing stages of the project. Production work will begin later this summer.

The character of Johnny Puff will embody characteristics of Johnny Depp and allow for unique merchandising opportunities globally.

Depp and Iervolino recently collaborated on the movie Waiting for the Barbarians, which comes out next month (Samuel Goldwyn Films). The film is an adaptation of J.M. Coetzee’s prize-winning novel of the same name, starring Depp, Mark Rylance and Robert Pattinson and directed by Ciro Guerra.

“We’re so happy to reunite with Johnny for a second project,” commented Iervolino. “Experiencing a new and avant-garde project like this short series, alongside Johnny, has given me even more conviction to champion experimental genre and format fusions. Because making this type of content is new for me, I am beyond grateful that Johnny has shown belief in the project and is taking such an active part of it, sharing his thoughtful artistic ideas that are providing real added value to the Puffins universe.”