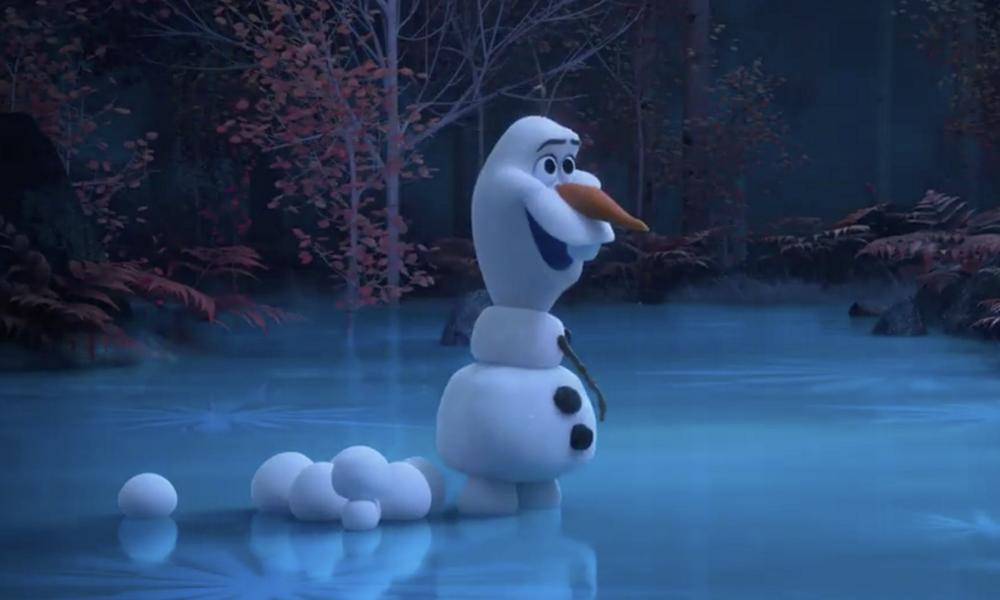 At Home with Olaf

Walt Disney Animation Studios has built a brand-new, digital-first animated miniseries starring one of its coolest characters: Olaf the snowman, from the megahit Frozen franchise. Animated by Olaf’s supervising animator on Frozen, Hyrum Osmond, and voiced once again by Josh Gad — both working from their homes — At Home with Olaf is free to watch online through Disney’s social channels, including YouTube, Facebook and Twitter.

The first installment, “Fun With Snow,” is a giggly little exercise in snowball tossing.

On his Twitter account, Gad (@joshgad) explained that WDAS Chief Creative Officer Jennifer Lee — who directed both Frozen flicks with Chris Buck — and Osmond asked him to “record some dialogue & sounds as Olaf from home” and added that the short-shorts are “so charming & hopefully provide a smile during these scary times.” Gad also shared a quick BTS snap of himself recording, signing off with “Also, guys, I’m now a sound engineer too!!”

Here’s a behind the scenes look at me recording new Olaf dialogue from home for #AtHomeWithOlaf in conjunction with @DisneyAnimation led by @mrhyrum and the geniuses all working from homes to bring these new shorts to life. Also, guys, I’m now a sound engineer too!! pic.twitter.com/9Yl6rsx1m3

Gad, who can be seen in HBO’s space sitcom Avenue 5 (launched in January) and in upcoming Disney+ feature Artemis Fowl, had been receiving a “flood” of requests to create a short-form Olaf series after one fan on Twitter asked just last week if he could “talk to the big wigs” at Disney to develop more of the character’s fun bite-sized recaps as seen in Frozen 2 (available to watch on Disney+).

In addition to serving as animation supervisor on Frozen, Osmond was head of animation for Moana and an animator on many other beloved Disney shorts and features: Paperman, Wreck-It Ralph, Tangled and Tangled Ever After, Prep & Landing, Super Rhino and Bolt, for which he shared a nomination for the Visual Effects Society Award for Outstanding Animated Character in an Animated Feature.

You may also like...
Related Topics:At Home with Olaf, featured
Geographic Region:Worldwide