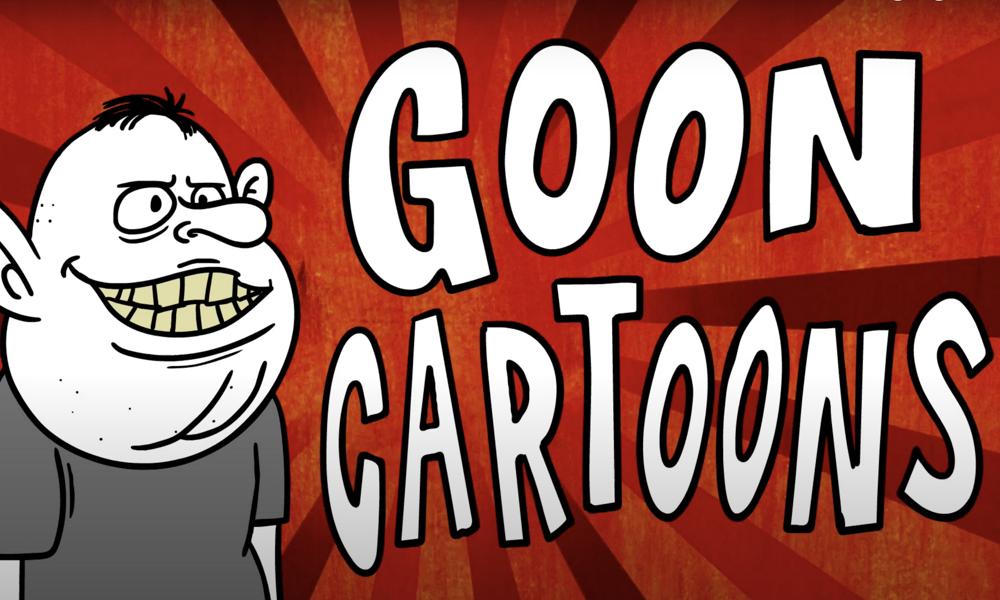 Goon Cartoons, an original comedy animation channel on YouTube founded in 2012, announced the launch of their website and redesign of their YouTube presence, as well revving up “The June of Goon,” a new original animated cartoon for every day for the month of June 2020.

All-new animated shorts will include Buck Billy, Cosmic Kandi’s Like Total EDM Vlog, Pissed off Possum, The Cletus and Floyd Show, The Ultra Mega Super Squad, Garry Goth, The Devil and The Moonshine Shanty, as well as Cuphead and various pop culture parodies.

New Goon Cartoons will be released every day in June at 9 a.m. (PDT). Viewers can also expect behind-the-scenes videos, storyboard animatics and animation pencil tests to give the fans a look at how cartoons are made. Also, the Goon Cartoons’ artists will be posting behind the scenes drawings in the channel’s community tab along with model sheets and other “how to” instructions for making animated cartoons.

The brainchild of filmmaker, animator and comics creator Frank Forte (Solar Opposites, Bob’s Burgers, 3Below: Tales of Arcadia, Despicable Me 2), Goon Cartoons serves as an outlet for him and his fellow animation professionals to create their own original content.

“Nothing is off limits,” said Forte. “We want the Buck Billy shorts to be funny, timely, and off the wall. Some of them are scripted and some of them are Jesse just doing improv. We use Adobe Animate to animate, so this allows us to create the cartoons fast and YouTube allows us to reach the biggest audience and reach them quickly.”

“As an animation story artist, I’ve spent years working for various studios helping to bring their stories to life. It’s always been gratifying,” explained Connor, “This is different. It’s invigorating to be part of a team of like-minded cartoon geeks dedicated to writing and developing our own stories. It gets me out of bed in the morning!”

The June of Goon cartoons:

Buck Billy, an agitated hillbilly who lives in a trailer park in the southern Midwest. Buck Billy’s character is that of an opinionated podcaster who can’t help but spout out about the goings on in the world. Buck Billy’s previous podcasts include rants on alcohol, Viagra, Cardi B, Corey Feldman, holiday parking, and more. Co-created by artist/director Frank Forte and actor/director Jesse Bernstein, Buck Billy is a short form comedic animated series that’s done in a rough cartoon style that matches its coarse and edgy content.

Pissed Off Possum, a small angry misinformed marsupial spouts off on daily news stories and things that bother him, which is pretty much everything.

Mr. Pigglesworth, a tribute to the classic cartoons like Looney Tunes and Ren and Stimpy. Mr. Pigglesworth is a pathetic little pig who finds himself in the wrong place at the wrong time. This cartoon is expertly animated by Gene McGuckin.

Cosmic Kandi’s Like Total EDM Vlog, a 20-something millennial Raver girl podcasts from her bedroom and any EDM club she might be at. She’s trying to find herself in the midst of going clubbing, dating DJs, and trying to find a ride to Burning Man.

The Ultra Mega Super Squad, a reality show styled superhero documentary. This animated dysfunctional group of superheroes may be able to do some good for the Earth, if they could only stop talking behind each other’s backs.

The Devil. The Devil has a podcast. Yes, believe it or not, the reluctant Lucifer is tired of getting blamed for all the bad things that happen in the world and he’s here to set things straight.

ANIME! ANIME! Meet Jazen. The most enthusiastic fan of anime you’ll ever know! He somehow finds himself meeting up with all of his anime idols. He tries to have a conversation with them, but his fast talking, annoying, ADHD personality always gets in the way.

Garry Goth, a teenage goth kid, trying to get along in high school. Girls, parties, exams, these are all the things Garry is trying to deal with as he invites us into his world.

The Cletus and Floyd Show, is the tale of two hillbilly brothers. Cletus is a big brawny overbearing alpha male and his little brother Floyd is a nervous, jittery paranoid fool. The two of them get into all sorts of mischief. It is also inspired by classic cartoons of the 1950s.

Goon Cartoons is a rising force in the YouTube original content space. With over 157K followers, this channel is poised to introduce new comedic cartoon voices to the masses in the months and years to come.

Check out the new Goon Cartoons website at gooncartoons.com