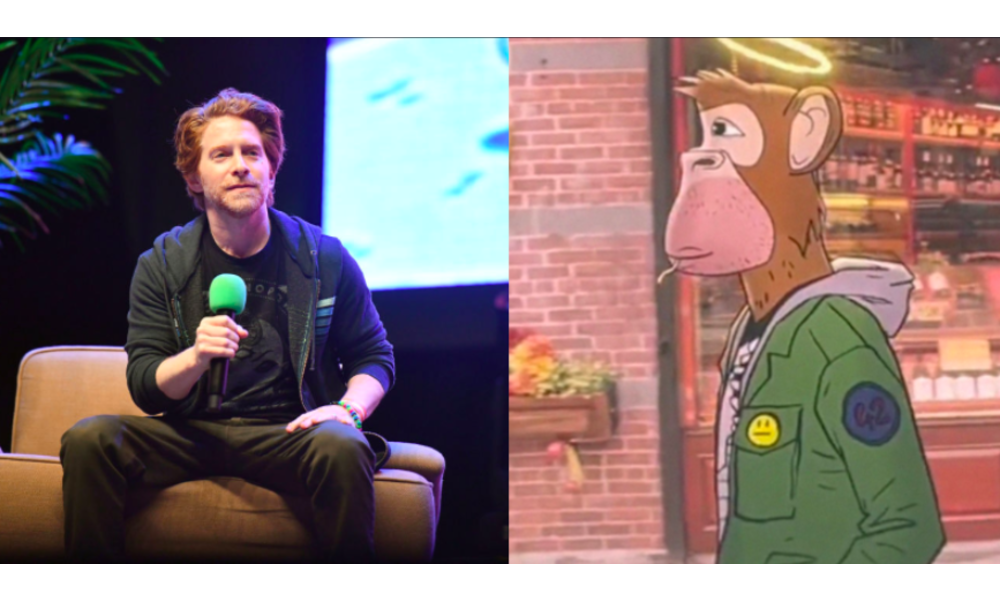 File this one under reasons NFTs are the work of the devil! The future of Seth Green’s upcoming animated series White Horse Tavern which incorporates characters from the actor’s rich NFT collection, looks uncertain after he lost his Bored Ape to a phishing scam this month. According to Buzzfeed, the popular actor/writer/producer and co-founder of Stoopid Buddy Stoodios and co-creator of Robot Chicken, has lost his license to commercially adapt the monkey. The situation has been compared to a hostage situation where Green is now attempting to negotiate the return of his “kidnapped ape.”

Yesterday, Buzzfeed identified the new owner of the NFT as an Australian surgeon who goes by the pseudonym “DarkWing84” and bought the NFT from the anonymous scammer for $200,000 before transferring it to another collection called the GBI_Vault. The collector told Buzzfeed that he “bought the NTF in good faith” and that he has no plans for the NFT. The individual added that he would be happy to chat with Green directly. “I have just woke up and have seen this craziness. Please put him in contact with me,” he told Buzzfeed.

Meanhile, Green has noted that he is willing to pursue legal action to get his ape back. However, on Tuesday, Green tweeted that he would “rather meet @DarkWing84 to make a deal, vs in court.” He added, “A buyer who purchased stolen art with real money and refuses to return it is not legally entitled to exploitation usage of the underlying IP.”

According to NFT legal experts, if the original thief still had the Ape in his wallet, Green would still be legally regarded as the “true owner,” with his right to exploit the underlying intellectual property left undisturbed. Unfortunately, the Ape was quickly sold to DarkWing84 who inadvertently paid  for the fraudulently procured art.

Here is the trailer for the show Green shared with audiences at the NFT conference VeeCon last weekend: 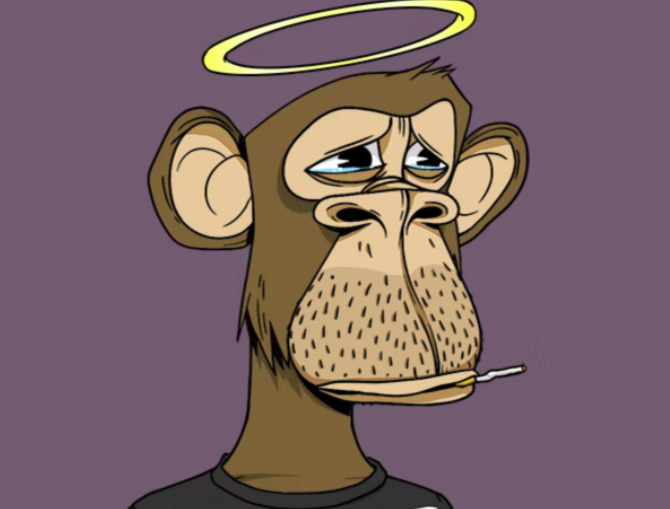 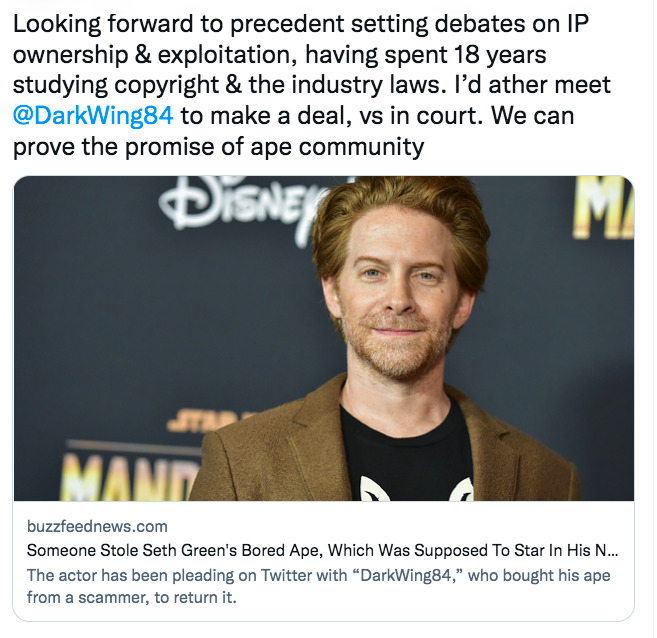 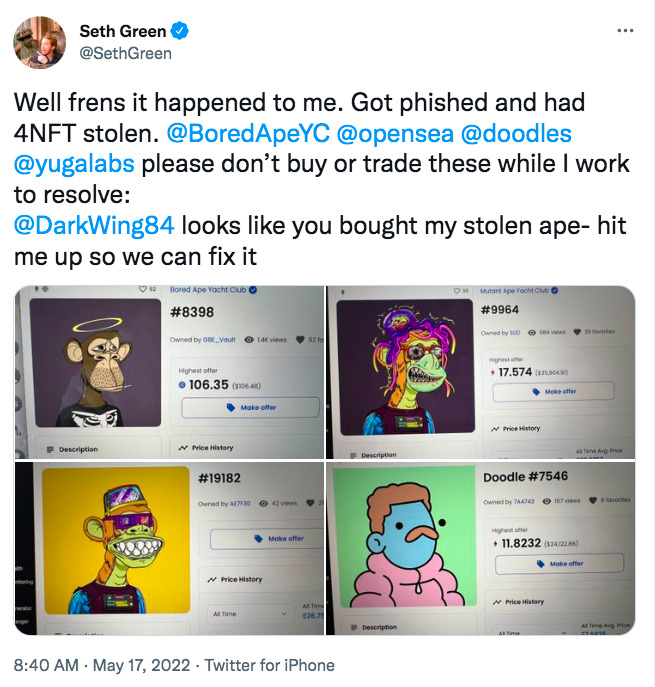