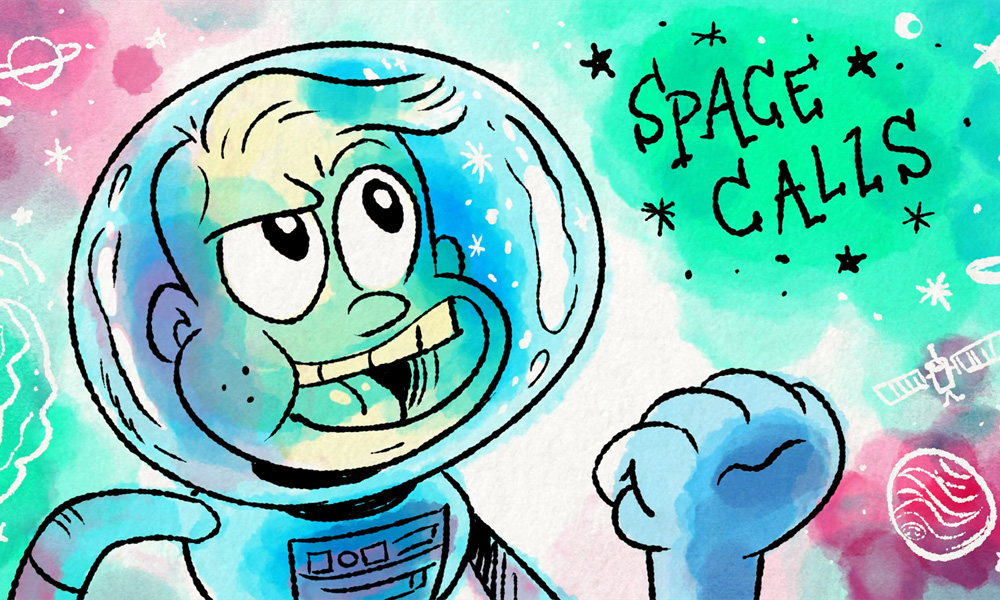 Imagine you’re creating a show. You’ve come up with a fun idea held together by an interesting visual concept. Good start.

You get a greenlight and you staff two writers, one director, one animator, one composer, two voice actors, and one producer. It’s a bit of a skeleton crew, but you can make do for four episodes. You’re excited! There is one catch, though: the whole crew actually consists of two people. Doing all those jobs.

That’s how my partner David Kantrowitz and I made a series of animated shorts called Space Kid and Cat, out now on Nickelodeon’s YouTube channel. And it was a blast! We pitched the series knowing we could make it ourselves, giving us maximum influence over the process and final product. But that doesn’t mean it was without its challenges.

Should you ever find yourself facing a similar job, here are three lessons I took away from the experience.

Collaborating without trust is always difficult. But on a quick schedule with a small budget, it’s damn near impossible.

Trusting each other was the only way to make it through the daily sprint that was Space Kid and Cat’s production process. That meant believing in one another’s artistic instincts, and counting on each other to effectively manage our individual responsibilities. In other words, having confidence that we each knew what we were doing.

Having worked in creative environments of all shapes and sizes, from big animation studios to tiny theatre companies, I can safely say that trust is not a given. Especially when, like me, your instincts sometimes shout “GRAB THE WHEEL, CONTROL FREAK!” It has to be actively fostered, and it’s perilously easy to lose. But in the case of Space Kid and Cat, trust was also indispensable.

Cut to the Chase

This lesson applies to both process and storytelling. First, we learned to embrace simplicity in idea generation. Is it fun? Is it produceable? Let’s do it. While I love exploration as much as the next writer, I’ve been involved in processes that felt TOO flexible and TOO open-ended — to the point that we stopped making things better and just made them different. When creating on a compressed timeline, look to the razor (Occam’s, not the scooter): a simpler process can yield better results.

Simplicity was helpful in crafting our stories, as well. With 3-4 minutes episodes, rather than the standard 22, 11, or even 7 minutes, brevity was the soul of Space Kid and Cat (if you’ll allow me to butcher the Bard). We killed fun idea after fun idea because they weren’t worth spending half of our allotted runtime or production resources on.

But it wasn’t sad – it was liberating! Cutting a long chase sequence allowed us to skip to the funny destination; replacing an animation-heavy scene with a line of dialogue allowed us to reallocate that pen-time elsewhere. You don’t need every scene you think you do, I promise.

For me, this is a hard lesson to put into practice. My whole life, personality, and psyche are constructed on top of a solid foundation of worry. What if I never get another job? What if the animation industry itself collapses? What if the Space Force goes rogue and traps humanity on a rapidly warming planet? These are the things that keep me up at night.

But worry is not productive. And when you’re building an episode in a matter of weeks, you don’t have time to not be productive. So let go of questions that are out of your hands: Will people like this? Will the network promote it? Will we get another order? Instead, focus on things you can control: Is this the best I can do in this particular moment? Can I make it better, funnier, more touching? Can I make life easier for my partner or myself?

These lessons are not be-all, end-all prescriptions for success. But going into a creative process with trust, simplicity, and focus on your mind is likely to make your life easier and your final product better.

Of course, I could be wrong about all this… Judge for yourself by watching the first two episodes of Space Kid and Cat below! 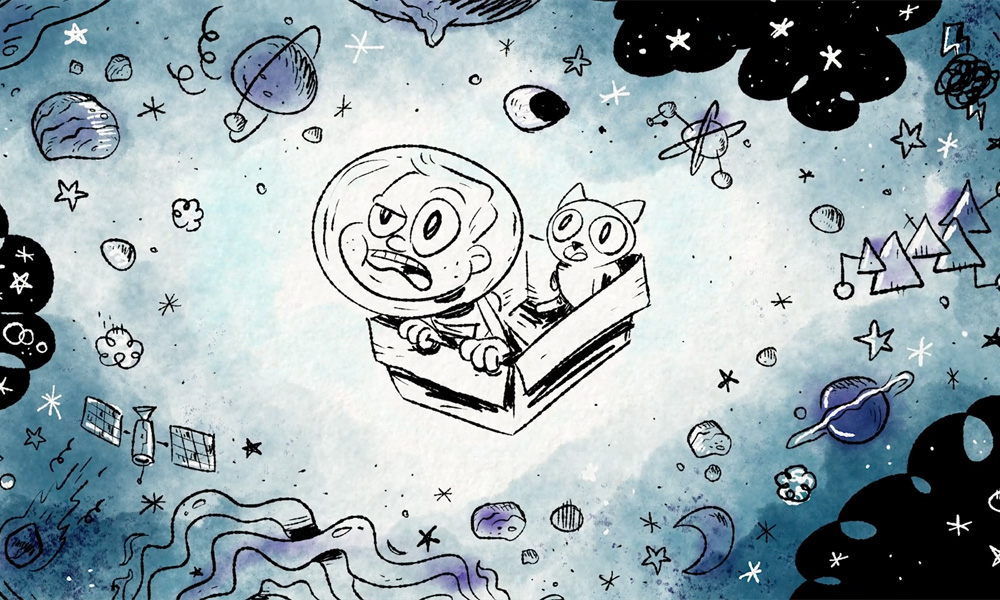