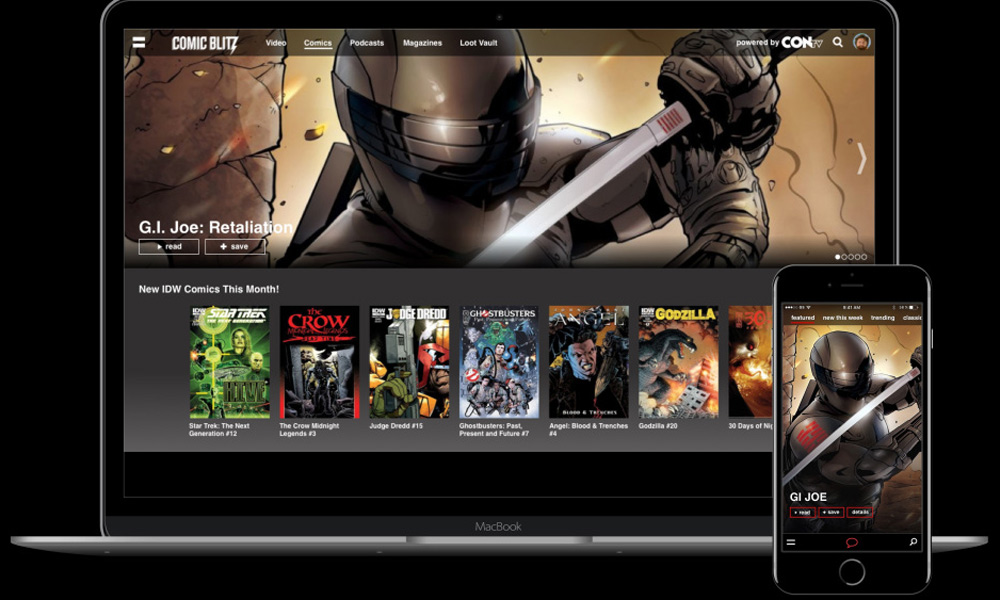 Cinedigm announced an agreement to acquire the digital comic book service ComicBlitz, which will provide access to approximately 10,000 digital comic books from a growing network of 30+ publishers (including five top 20 publishers). ComicBlitz content will be distributed globally as a licensed offering for mobile carriers, OTT providers and other media companies. It will also be integrated with Cinedigm’s existing and planned OTT services, including the fandom lifestyle network CONtv. Cinedigm expects that the acquisition will close before the end of the year.

Cinedigm plans on rapidly enhancing ComicBlitz’s content and services by leveraging its own forthcoming, next-generation technology platform, and expects to service global distribution of the ComicBlitz content and platform offerings alongside Cinedigm’s existing footprint of nine OTT channel offerings. Revenues will be generated through content licensing, subscription and advertising — the deal could be expected to generate more than $5 million in incremental annual digital revenues within 18-24 months after closing.

The worldwide digital comic book and graphic novel market is estimated at over $1 billion in annual sales.

ComicBlitz founder and CEO Jordan Plosky will join Cinedigm’s Digital Networks team to help rapidly execute this strategy, with a focus on further expanding the Digital Networks stable of digital assets and the expansion of ComicBlitz’s global distribution footprint.

“This acquisition will provide additional content rocket fuel to further accelerate our digital revenue growth,” said Chris McGurk, Cinedigm chairman and CEO. “Targeted at the key and growing fandom demographic, we are confident that this accretive deal will generate a strong IRR while it propels our business forward by dramatically expanding and strengthening our content and channel offerings across the fast-growing worldwide OTT ecosystem. We are also thrilled to have Jordan Plosky join the Cinedigm team to further accelerate our expansion. This reinforces our strong momentum in the digital content business, coming on the heels of recently announced platform distribution agreements for our OTT networks with major players such as Xumo, Roku, Samsung, Tubi, Vizio, Comcast and others that continue to quickly expand our audience reach and accelerate digital revenue growth.”

“From blockbuster films to hit television series, comic books are at the heart and soul of the modern entertainment landscape and passionately loved by consumers worldwide,” said Erick Opeka, President of Cinedigm Digital Networks. “ComicBlitz’s product exemplifies exactly what we are accomplishing at Cinedigm – providing compelling digital products to global customers that speak to their passions. We’re thrilled to add ComicBlitz to our growing roster of content and service offerings, and we look forward to bringing Jordan’s relentless entrepreneurial spirit to Cinedigm.”

“I am beyond excited to join forces with Cinedigm as part of this acquisition,” said Plosky. “Cinedigm gives ComicBlitz unprecedented support and an incredible opportunity to reach a large and enthusiastic audience, which is invaluable and extremely rare for a digital comic book company to receive. I truly believe this is a milestone moment not only for comic readers, but for the comics industry as a whole.”